The Lair of the White Worm: The Best Hour and Thirty Minutes of Your Life 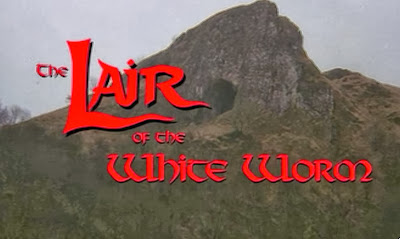 I'm not 100% sure of this but I'm fairly certain that The Lair of the White Worm is the best movie I've seen all year. Granted my movie watching this year was reduced to such a small number that I can't even name any other films I saw this year but nevertheless--The Lair of the White Worm is probably the best thing that's ever happened to me, not counting yesterday when I got paid and could finally buy wine again.

Seriously though, why hasn't anyone told me to watch this yet? Don't you people know how much I love venomous snake women, British people and bagpipes? No? Hmm I thought perhaps I must have left that vital piece of information out somewhere. Well anyways. For anyone that DOES love venomous snake women, British people and bagpipes--this movie is for you. It's also for anyone who loves sincerely crazy movies where hallucinations look like this 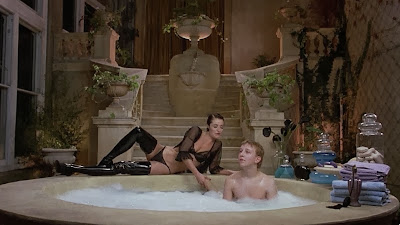 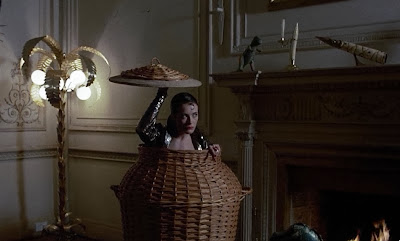 fill you with uncontrollable glee. Plus also Ken Russell. Need I say more?


In a charming English village, a Scottish archaeologist unearths a large skull belonging to some sort of snake monster. 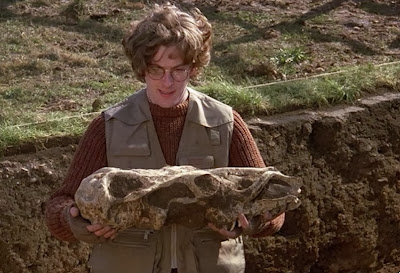 Later at the best party on the planet, 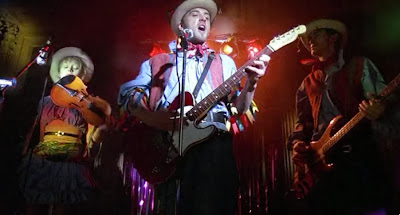 we learn of the legend of the d'Ampton 'worm' where a massive snake/dragon? terrorized some people and then some guy cut him in half with a sword. 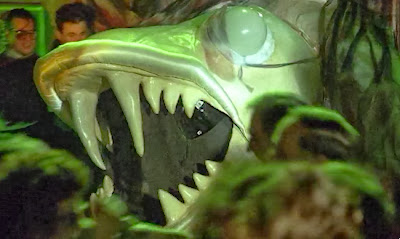 By the way that some guy was actually a descendent of Hugh Grant! 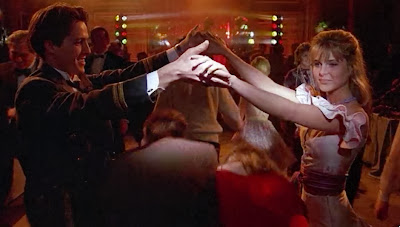 Obviously this d'Ampton worm thing has returned and is once more going to wreak havoc on the quiet English village. Just ask this mysterious woman who has a great fashion sense… 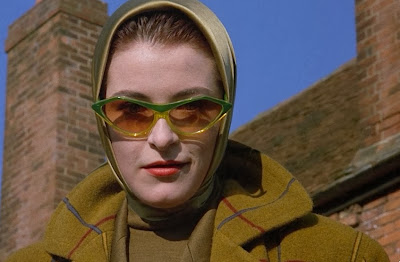 But is also a snake. 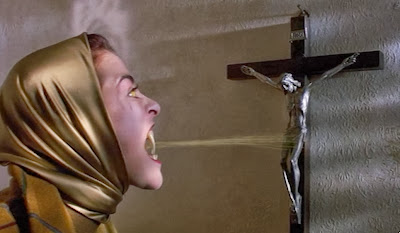 The point here my friends is that The Lair of the White Worm is the kind of movie that I can really get along with. It's funny, outrageous, silly, and insanely good about getting better and better the longer it goes on. These days you're lucky if you get inspired to take 1 or 2 really great screen shots during a movie but here…oh man the party never stopped. 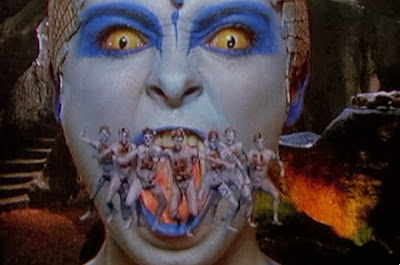 Based on the novel by Bram Stoker, The Lair of the White Worm is an exercise in organized chaos. While you may think the film may make little sense--it's actually extremely cohesive and never confusing. As a bonus though--we also get a really avant garde-ish film that contains just enough ridiculousness to never be accepted as a serious film. The joke is on the people who deem films as 'serious' or not though because The Lair of the White Worm is exquisite. 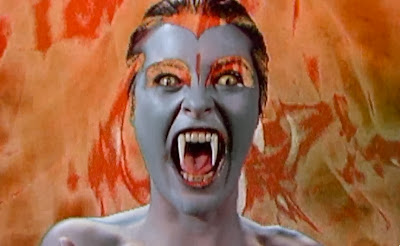 I don't really need to tell you why that is, I just need you to watch it. I need you to understand that all I want for Christmas is the game of Snakes and Ladders with a board that looks like this. 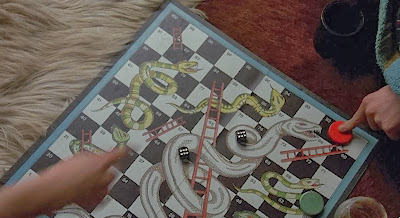 I need you to know that no film is ever complete without a dream sequence involving fighting flight attendants who make Hugh Grant's pen rise steadily. 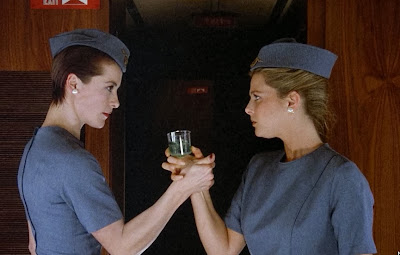 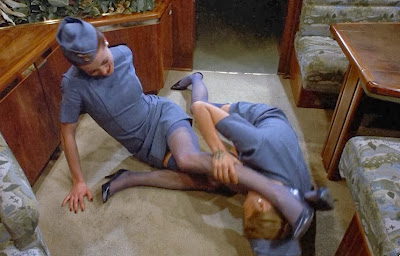 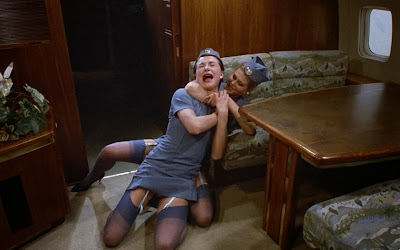 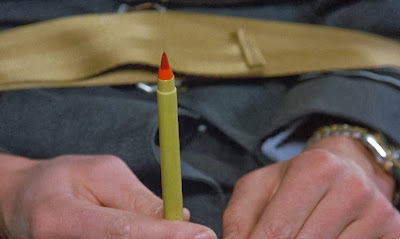 I need you to realize that snake charming should still be accepted as a serious profession and that giant snake monsters still live in caves under the ground. 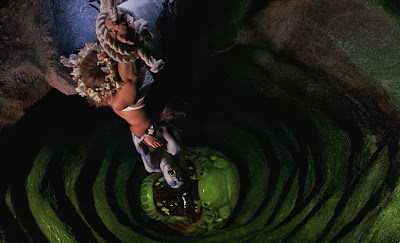 I honestly can't say much more than that--I can only leave you with visions of the brilliance. 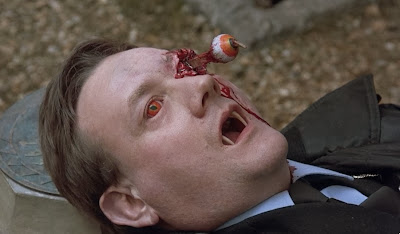 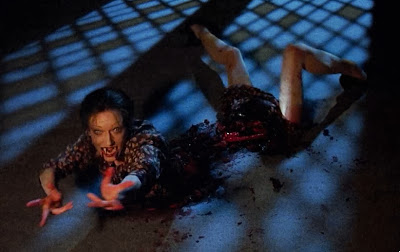 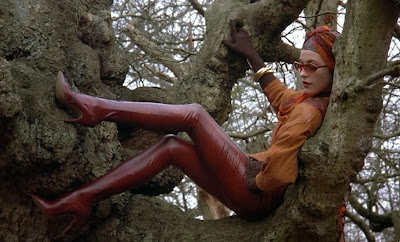 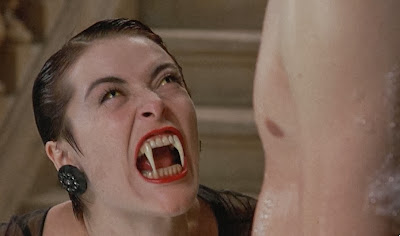 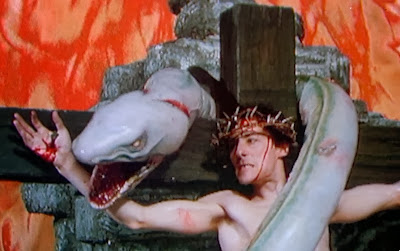 And then just hope that you take my advice and watch this immediately. Or else… 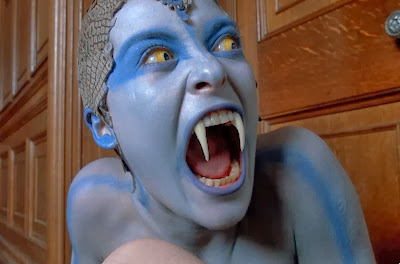 Oh wow. This looks like so much fuckin' fun! I love hallucination sequences.

It's been years since I saw this. Glad to see it's on Netflix Instant.