I Want to Believe

NOTE: Whilst looking through my Drafts folder I found this unpublished article about the X-files. This is from about forever ago---maybe 4 years ago? When I still blogged a lot. And it makes me sad that I used to believe laziness wouldn't overtake my willingness to blog. Also as one discovers from The Thing--it's probably best not to dig up old things. But whatever I like this post, why didn't I publish it?


Winter is the pits. Am I really the only person in the world who does not look forward to the evil snow that lurks in the early moments of March? What is wrong with people? Snow is the worst because it's cold and sometimes when you're walking to work, you slip on black ice right in front of some mexican snow shovelers (this is not a racist comment as their snow shoveler van had a Mexican flag on it okay?)who laugh at you and then you bruise your tailbone which doesn't stop hurting for 6 months. Not that I would know or anything... the point here friends is that winter sucks. So much so that I don't write anymore---I just sit around and sulk and then pet my cat, sulk some more and if I'm lucky I'll eat some food. And if I'm REALLY lucky, I'll watch the X-files.

I've realized so far on my journey of the X-files, that it's a perfect metaphor for how I feel about my current situation of laziness and winter blues. I want to believe that I will bust out of these doldrums. I have to believe this--otherwise......what do I have to live for? Well OKAY fine real life things maybe, but honestly, blogging is like a creative breath of fresh air that I almost feel like I need to stay sane. So no matter how lazy I get, no matter how many times the government interferes with my work, no matter how many times my stubborn unbelieving partner uses "science" to explain something---I still have to believe that I will always be able to blog.

Other than that the X-files is also kind of just really the best. It's a smart horror fan's dream, a Law and Order fan's sexual fantasy and douche bag's least favorite show. Funnily enough, since I'm now late to two games---horror movies and the X-files, I have found during my recent journey that the X-files is pretty much just a repeated nod to all of my favorite horror movies.

Naturally this is expected, since Chris Carter was influenced by several different horror and sci-fi mediums but really when you sit down and watch episode after episode...the horror inspirations truly stand out. Which is why I'm going to revisit some of the most exciting nods I've seen thus far. Please note I am currently only in the middle of season 3. DON'T RUIN ANYTHING for me like the DVD box cover shown on Netflix did.

Clearly if one were to gain inspiration from any horror film--The Thing is a fine, fine specimen to use. How can anyone not love an episode of the X-files that is really The Thing minus a few beards plus some women? 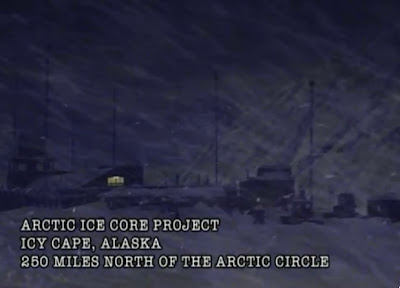 In Ice, Mulder and Scully travel to the ice planet Hoth in order to investigate a team of Arctic researchers that inexplicably killed each other and in some cases, themselves. They find that the arctic research team had been drilling in the ice deeper than anyone had ever done, allowing them to discover a very curious organism. An organism that worms its way into other living organisms and begins taking control over their emotions and making them all crazy and shit. 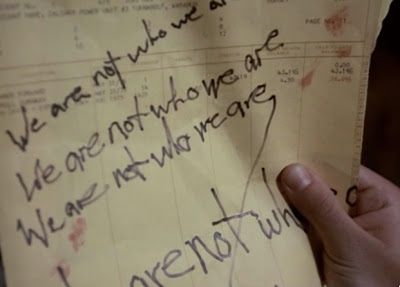 Okay, so it's not exactly like The Thing but let's examine the facts...

Similarities
The first victim we meet is a dog.
This dog is infected.
People die in curious ways.
Everyone gets suspicious of everyone else. 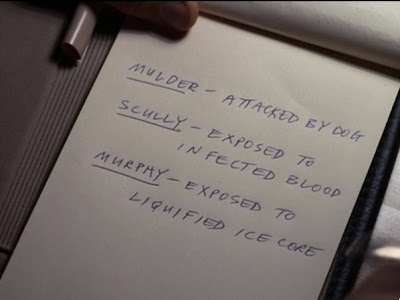 Differences
No black people
The dog lives
You can be cured
There are no Norwegian scientists around to ruin everything.
No chess games played with computers.

Alright whatever. This episode completely kicks butt. I just love when episodes really challenge your own feelings and psyche. I mean I knew Mulder was probably telling the truth but how WOULD I know? You know? But let's get real, if you can't trust Mulder who can you trust? That's right NOBODY. 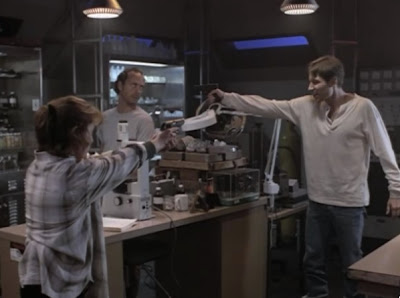 As always, I like the way you say things. And you're opinions about Mulder are so logical and well-founded, how can anybody doubt you? He's obviously awesome.

I haven't been checking with your blog for a while as the bodies buried in my back yard keep on resurfacing and getting into trouble. More accurately, they are getting me into trouble which is kinda' worse. Nevertheless, I haven't been keeping up with your blog since you stopped posting as much and when I checked and found that you were back at it, I was delighted. I still am and it's already been over 6 minutes. Remarkable, isn't it?

Entertaining post. Once again, you've illustrated that a unique sense of humor and a true love of the horror genre is enough to live for. Well...perhaps that's not what you've illustrated but you did talk about how great Carpenter's, "The Thing" was so that's pretty cool. X-files was pretty cool, too, but mostly because of David Duchovny.

Glad to see you back. Keep up the great work and I hope your winter doesn't suck any more than it has to.