The Babadook: Let's Recap the Awesome 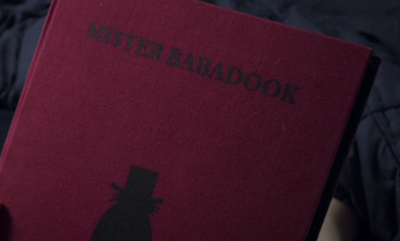 If someone asked me to summarize what my favorite kind of horror movie is, I would probably give up and just show them The Babadook. This is because A. I'm lazy and B. I can't think of anything more perfect. The Babadook has it all guys. Let's recap.

The Babadook has the distinction of being one of few movies that I've had to turn off in the middle of watching it for fear that I'd never be able to fall asleep ever again. The scenes where we catch glimpses of the Babadook in both his more illustrated form and his more human form are all able to momentarily stop my heart. And the scenes where scary noises are followed by heart pounding under the covers hiding are way uncool. Uncool in terms of how much I wanted to pee myself. 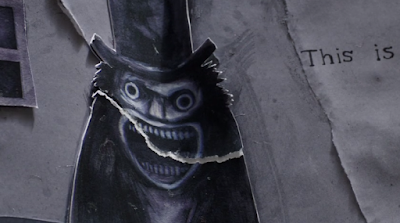 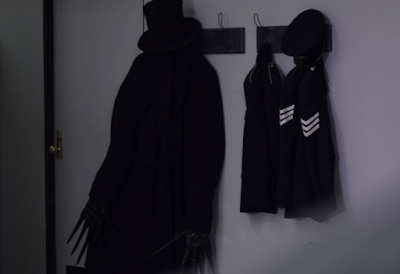 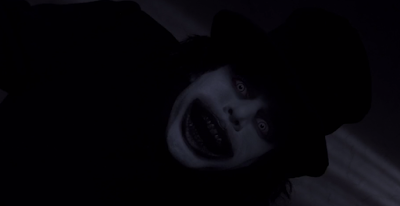 I think this stems from our childhood memories of being terrified. Maybe not everyone watched the Exorcist at a young age and then stayed up all night because they were afraid of being possessed OR maybe no one else watched The Shining and then imagined the sound of the water rushing through the pipes was actually the sound of blood gushing out of the elevators but whatever.... we all had to have experienced moments of fear when we were little right? And what did we do when we were scared? Hide under our covers. For some reason hiding under the covers felt so safe and so secure. So those scenes where we have characters hiding seemingly safe and secure are filled with so much tension that it's practically unbearable.

2. It's secretly about mental illness

It's okay to be sad about things, or to miss those we've lost. But it's not OK to let that sadness take you over and it's not okay to shut out the memories, and good things because you're afraid of what it will bring up. That is the message at the Babadook's heart and it's powerful and it's so well done in how it portrays this. I have a hard time talking about it without melting into a pool of excitement.

British, Australian, Irish, Scottish---I'll take any of those accents and dare you to not think that the kid speaking in that accent isn't the cutest kid that ever lived. Even Samuel who is basically an asshole for 80% of the movie is still pretty frickin adorable. When he emphasizes his love for his mom and how he's going to protect her? Kill me now with the cuteness. 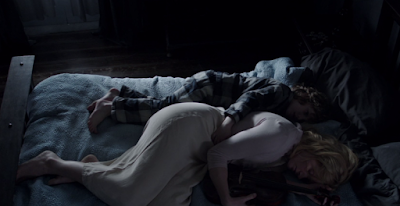 I love that sweet old lady with all my heart. Thank GOD she didn't die when we saw the Babadook hiding out in her closet. 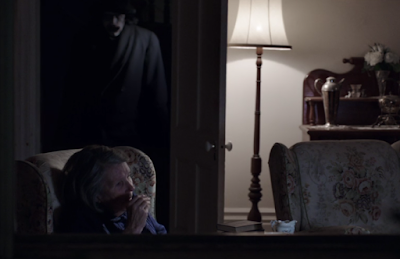 I mean she's sweet as fuck right? The mom says mean things to her and she doesn't care. She's like Samuel in that she recognizes an issue and accepts that it's difficult to get through but doesn't give up! We all need more old lady friends like Mrs Roach. I'm putting an ad in Craigslist today to look for mine. 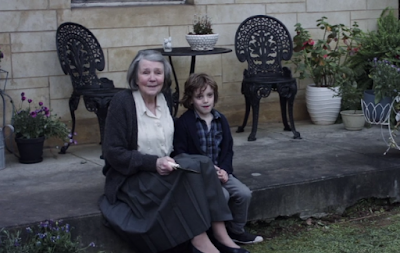 5. OK you're right I only pointed out the fact that the sweet old lady doesn't die because I'm still very upset about the dog dying.

I get why the dog dies. Actually.....no I don't! I really still don't think that the dog needed to die. I think we would all have been a lot better off if Samuel chose that moment to stab his mom with the kitchen knife and then the dog would have run off and into Mrs. Roach arms where it'd be safe. Can we all just pretend that is what happened? Ok good. 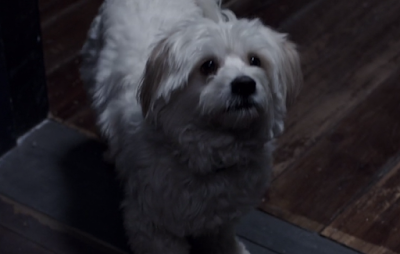 So yes. The Babadook? Love it. I realize this is again old news, but I did actually see it closer to when everyone else did. I just didn't write about it because I was busy eating cake and watching bad reality TV shows. We all have our weaknesses.
Posted by Andre Dumas at 5:32 PM