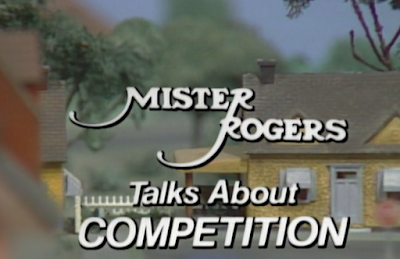 For many people out there--a 'swinging' Friday night is made up of dinner, drinks, dancing and debauchery. For my sister and I a 'swinging' Friday night consisted of Wendys, drinking a bottle of wine, dancing to Stevie Wonder in my living room and then watching Mr Rogers Neighborhood. Honestly, I don't see why people leave their houses to have magical journey's when the land of make believe is only a few clicks away from your computer. ESPECIALLY, when you spend the better part of your lives reminiscing about the crayon factory and then realize that the ability to be transported back to the magic of the crayon factory can be possible in only a few seconds.

Here is what my sister and I looked like when the crayon factory segment began playing. 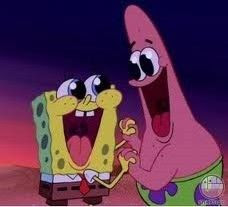 More on that experience later. First we had to sit through Mr Roger's awkward assembly of  a weird chair and then were treated to this very strange scene. 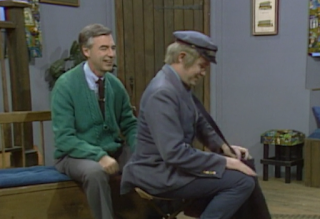 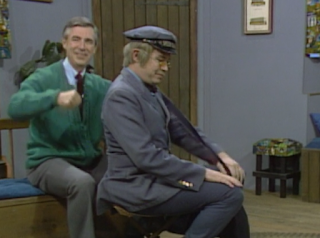 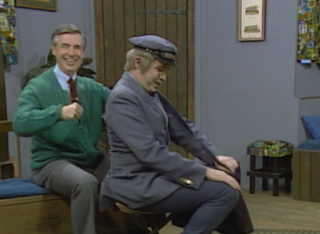 It was more wonderful than I imagined. 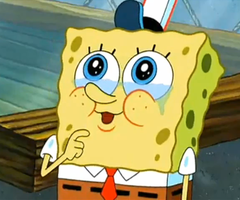 Why does this episode continue to be so magical to so many of us? 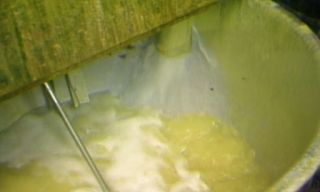 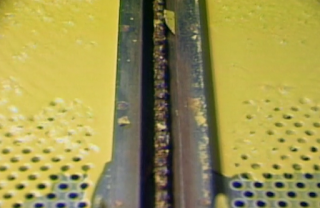 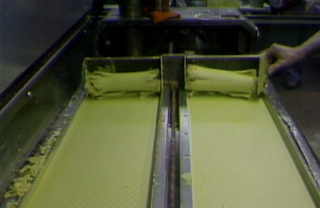 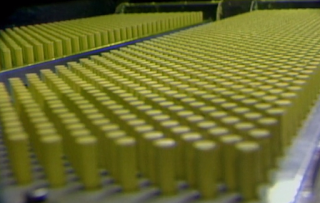 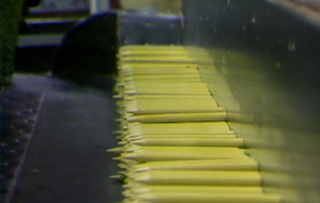 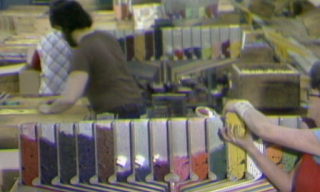 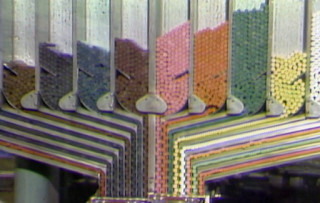 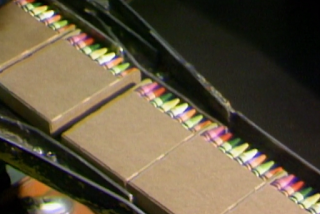 Although let's be honest. I could do without the white crayons am I right? Useless. 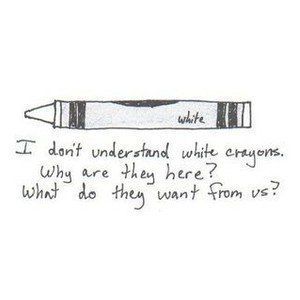 So anyways our Friday night was magical however.............it was then ruined by our trip into the land of make believe, where I discovered that puppets still make me very uneasy. 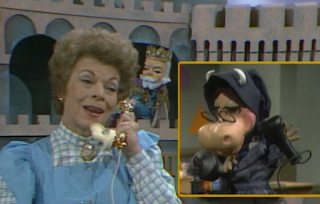 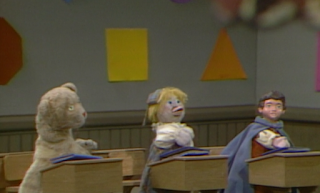 And then the most awful thing in the entire world happen. 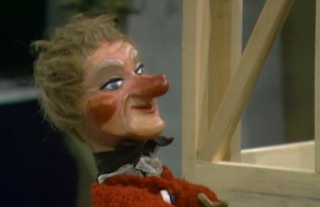 I just can't understand it. Who in the hell decided this was an acceptable puppet for children to lay eyes on? No one in the planning meeting was like oh wait--this might cause many children to suffer terrifying nightmares of revulsion for years to come?

Was Fred an overtly kind man on the outside but on the inside a meanie who couldn't give two fucks about children's well being?!!? 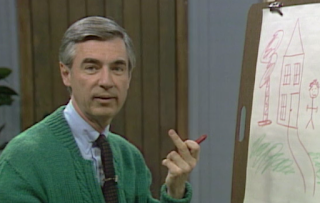 OK you're right that was mean. Mister Rogers was the best. Lady Elaine was obviously the brain child of someone far more sinister. I won't name any names but..... 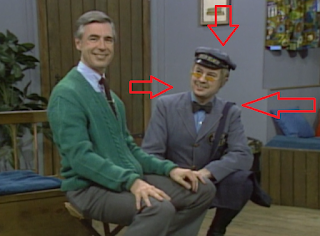 I think it's pretty obvious.
Posted by Andre Dumas at 2:53 PM

Oh my gosh I LOVED THE CRAYON FACTORY EPISODE!!!
Thank you for reminding me that it existed.
I was so scared of Lady Elaine. Still am.