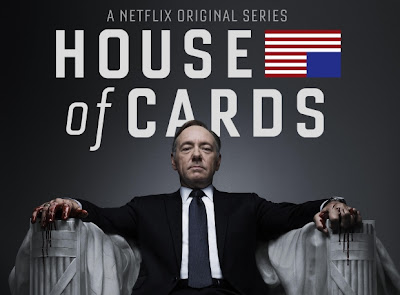 I tried my best to stay away from the skeevy southern drawl of Kevin Spacey in House of Cards. I really did. Something about that and the exposure to the seedy underbelly of the US government, kept me from ever wanting a piece of that recent Golden Globe buzz. But after my intense love affair with Orange is the New Black, I decided that Netflix original program was probably onto something.

Ultimately now that I'm finished with House of Cards I still feel a little undecided and also a little bit uncomfortable. Do I love House of Cards? Kind of. Is it more of a morbid curiosity than a love affair? Definitely. Here's the problem. While I'm very enticed by the fantastic performances of both Kevin Spacey and Robin Wright, I still have a hard time adjusting to the fact that it's hard to really form a genuine bond with any of the characters. Claire and Frank are the key players sure--but they're villainous---anti-heroes with a taste for power...and who also make me feel a little weird in my private parts. Not turned on or anything---kind of the opposite. Like maybe they're turning my private parts into a Barbie's private parts. 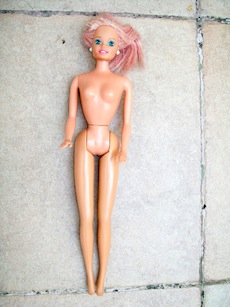 The sex scenes in House of Cards are for lack of a better word--terrifying. I don't think there's been one sexual moment where I've been like... yes, this is nice. Rather, I'm making a face that kind of looks like this the whole time. 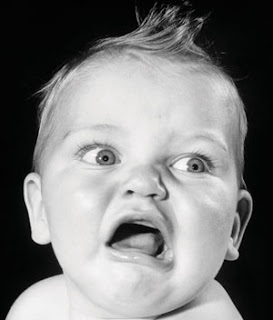 And I'm looking around me like I expect the Thought Police to come crashing through the walls at any second. It's uncomfortable, it's weird, and it's very, very un-sexy. Which I think is mostly on purpose. I think we're made to feel uncomfortable in the same way that we're made to hate Frank and Claire.

Frank and Claire are entirely un-sexual beings when they're together, but their love runs deeper than that. As a contrast, Frank and Claire's sex lives outside of each other are scary and uncomfortable. It's almost cruel in a way--to the viewers I mean. 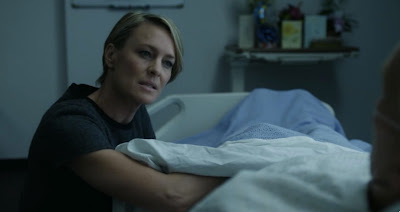 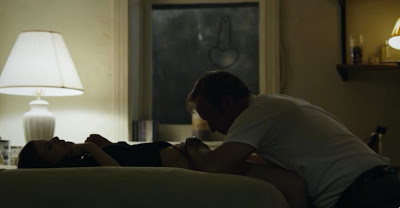 But I think that's what makes House of Cards so startlingly addictive. It's like watching 50 minutes of a sexual car crash. Really it's not in your best interest to keep it going, but at some point you just have to throw caution to the wind and say--'Okay Frank. Let's get creepy". 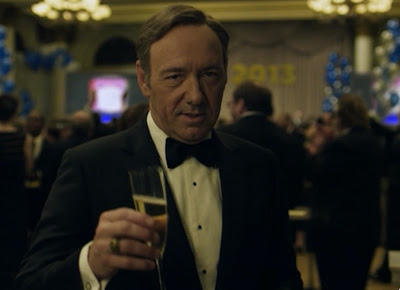 Aside from all that creepy sexual activity, House of Cards can also be fairly hard to follow. It's a lot of talk. It's a lot of political talk--which for many is almost similar to if the show was spoken entirely in Swahili. But once you start understanding what is happening--and granted, it may take you till the second to last or even the last episode of the season to understand---it's quite terrifying. Frank's evil master plan has been carefully calculated all the way and that scares the crap out of me. He's SO evil. I don't think people realize how evil he is. But somewhere in those last few episodes I just thought......yikes. He and Claire are like a mature Boris and Natasha. 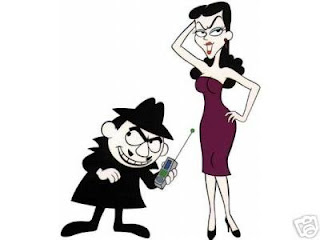 A dastardly duo that entertains you but at the same time makes you bolt your doors at night so they don't accidentally stumble in and discover that you have a weakness. 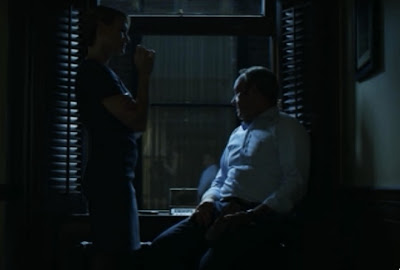 Yes I'm going to watch the next season because damn it---I need to see some justice here. I will say, that I didn't start getting truly invested in the show or the outcome until the crack team of reporters starting peeling away the layers of Frank's ultimate plan. 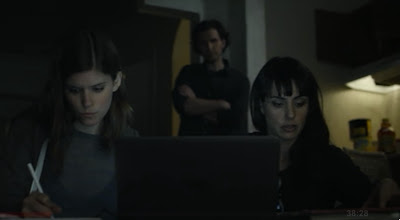 Which is probably again intentional. And after realizing that all of Frank's decisions throughout the season are intentional---it's not too hard to figure out that everything House of Cards makes you feel is also 100% intentional.

So yeah, House of Cards? Man, I'm just not too sure about it. I'm sucked in, but I'm still a little scared of it. I guess that's probably the overarching message here. Politics? Scary. 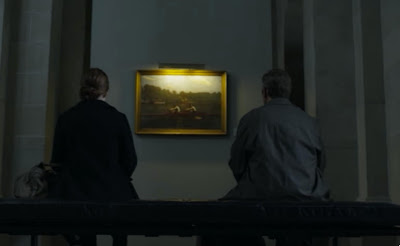