The Awakening: Those Classy Brits 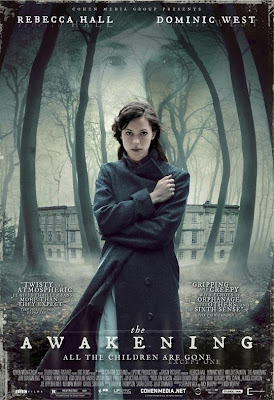 At some point doing my revolt against horror movies on Netflix, I kept seeing 'The Awakening' come up under my recommendations. Since I was in a revolt, naturally I scoffed at it and then complained about how there weren't any good, interesting, or sort of good movies streaming on Netflix that I hadn't seen yet. Of course, I hadn't seen any of these movies yet I still somehow knew they were terrible. But, details...details.

I think The Awakening turned me off because I thought it was some low budget crap ghost story that somehow was based on Kate Chopin's the Awakening. Well, what do you expect when you name it the same thing?! For some reason as I was perusing Netflix last night, I suddenly had a change of heart.

OK well honestly, my change of heart started when I realized this was a British film and that it didn't have the typical 2-star doom rating on Netflix. It was a ghost story yes, but something about it being British, made me perk up. I think because those Brits can make anything classy. Also, Imelda Staunton is in it--and why would Professor Umbridge choose to be in a mediocre horror film? My thoughts
exactly. 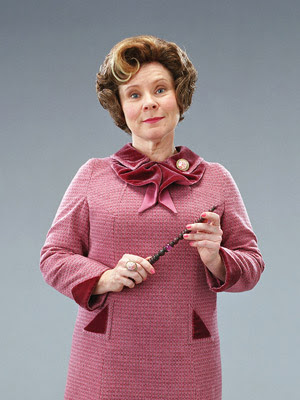 Taking place in England 1921, The Awakening follows Florence Cathcart, a strong-willed woman who is essentially a paranormal investigator. However, in her case... it's more about disproving the paranormal. When she is called to an old boarding school to investigate a disturbance plaguing the school for years, Florence is ready to unmask the human perpetrator. However as time goes on, Florence slowly starts to realize that the disturbance may not be human at all.

Now that plot summary may sound as cliche as you can get, but The Awakening is so much more than that. There's this whole other level of course that I'm not going to go into because I don't want to ruin it. Yes, there is a plot twist but it's not something that completely ruins or negates the entire film. On the contrary, the twist that evolves makes your head spin with intrigue. It makes you question everything you just saw BUT in a good way. It makes you want to re-watch it instantly and reabsorb everything.

Not only that--but at the heart of the Awakening is a tragically sad and beautiful tale. It really is. There's just something so profoundly sad when all is said and done and I really enjoyed that. So often, ghost stories are solely about scaring the pants off of us. Seldom do they carry within them some tiny kernel about our inner feelings and our inability to accept death and change. And by this I mean ghost stories in the present. There are a handful of ghost stories from the past that do this well (ahem the Changeling, which is echoed nicely in one scene here!).

Similarly, the scares in the Awakening are good. Yes, at some point they do tend to cross over into jump scare land (and I could definitely do without the occasional screaming ghost face scare), but it wasn't those scares that made the film scary. It wasn't all about that. The best scares are the quiet ones. The ones that aren't accompanied by some jolt of music or some scary face. There are several of these quiet scares throughout, and it's this more than anything that truly makes me appreciate it. 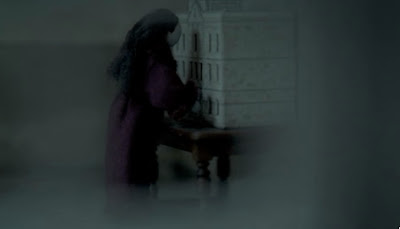 The ending is also one of those ambiguous, choose your own ending type deals which apparently drive a lot of people nuts. I say, get over it. It makes for great conversation, and thinking--plus if there was a clear cut ending people would probably have a problem with it. So this way--you can end it how you want. Problem solved! 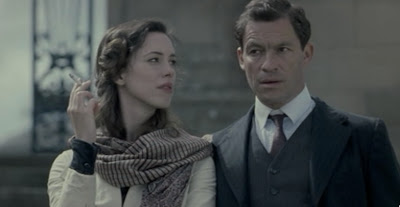 Ultimately, this is a ghost story for someone who enjoys thinking, who prefers the simplicity of an eerie ghost story, and who likes to feel emotionally invested in the story and the characters. Sure, you may see aspects of the twist coming, but I think The Awakening has many, many more layers than you would initially imagine. And I don't think anyone actually sees that coming---which makes it all the more impressive.

Labels: Ghosts and Spooks, The Awakening

I keep hearing about this movie, and it seems to tickle all my pleasure points as far as spooky movies go.

Maybe the universe is telling me to watch it.

Hey, have you seen the film "Back from Hell"? I think you could write a great review of this import...just a thought.