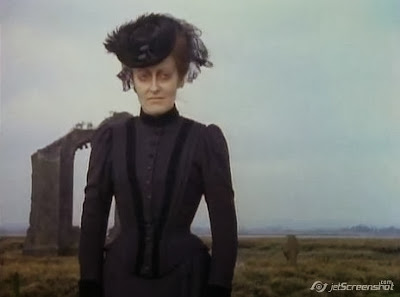 My desire to see the original TV movie The Woman in Black started when my blogging friends posted pictures of a very ominous woman in black, standing in the distance and looking....peaky. Then, after seeing The Innocents, I developed a strange aversion to scary women standing in the distance glaring menacingly. Clearly, the only thing to do now was to face my fears head on and watch the Woman in Black.

Well, as it so happens, the Women in Black was available only on VHS and I didn't have a VHS player--believe me I want one, because how else am I going to watch Baby Andre 1 and 2? Saddened, but secretly glad, I continued my watching of films not called The Woman in Black.

THEN one magical day I learned that Daniel Radcliffe would star in the remake of the Women in Black.

Hooray a temporary solution to my ignorance of the Women in Black I thought. And it turns out, the remake wasn't so bad. BUT, it made me want to see the original even more.

Watch it illegally on Youtube of course! Which brings me to today where I can proudly state that I have finally seen The Woman in Black. The way that God and Kurt Russell intended.

For the most part, The Woman in Black is a thrilling tale shrouded in atmosphere. Well, maybe thrilling is the wrong word. Lightly misting with atmosphere? It's like the whole dreadful feeling of the doom and gloom of the small town and the marsh get attached to your heart and stay there. It almost brings you down physically due to its weight. If you want to study atmosphere in horror films---The Woman in Black should be on your list. Isolated creepy old mansions in the middle of a marsh. Howling winds. Misty sea fog, the screams and laughter of children, creepy dolls, stubborn little soldier men that won't leave you alone. It has it all! 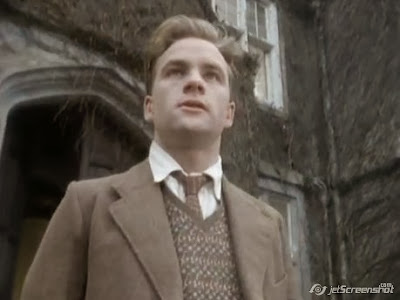 The story is more or less the same as the remake which makes me appreciate the remake even more. Arthur Kidd journeys to the old creepy home of the deceased Alice Drablow, only to find that the townspeople are terrified of the place. No one will tell him why, but it could have something to do with the mute scary lady who looks dead that's always standing around staring at Arthur. As such, Arthur finds himself drawn to the mansion and slowly but surely finds out the true horrors within.

The Woman in Black is overall fairly simple in its scare approach. Simple yes, but extremely effective. The women's first appearance in the film is subtle and at first may not even seem all too menacing. 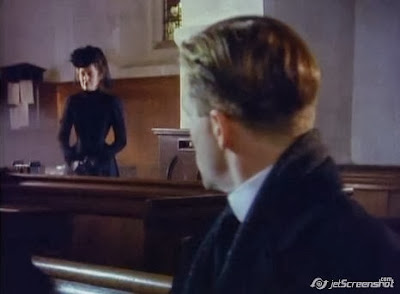 It IS a funeral after all. Sad women in black clothing are allowed right? But then her consistent lurking and staring and disappearing really starts to get to us. 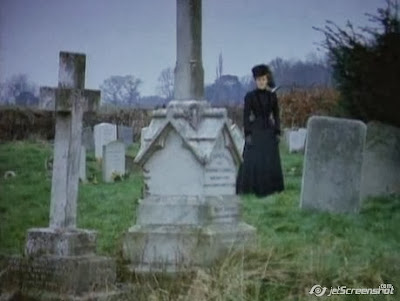 Then, it's the sounds that get to us---quietly at first then it's like they torment us. Or maybe I'm just thinking of Arthur. Poor Arthur.

By far the eeriest scene for me was in the child's nursery. After hearing strange noises, Arthur enters to find an old football. Then out of nowhere a child says, "Hello?" and giggles all sweetly. I didn't expect the child to actually make his presence known like that. It's uncommon really. Today it's all about--ooooh doors slamming shut suddenly, maybe a whisper or two there but this kid was pretty much ready to have a full on conversation.

As for pee your pants scary scenes---look no further than when Arthur is in bed and hears the child's voice again. At first there's a sense of hope there. Might we'll finally figure out just what the hell is going on? And then.... 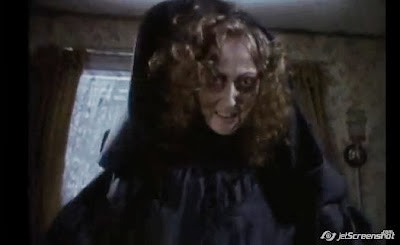 Ahhhhh! THE WOMEN IN BLACK! 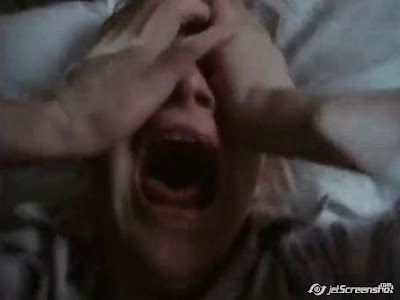 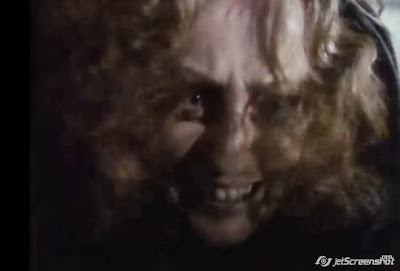 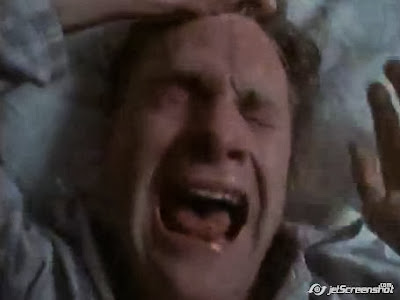 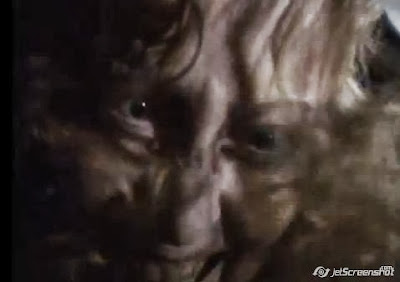 Basically that's what happened inside my pants anyways.


My one major gripe with the movie is how easily Arthur gives up on cute little Spider, the trusty dog his friend LOANED him so he wouldn't be alone. After hearing children's screams in the distance, Spider runs off into the Marsh. Arthur yells SPIDER!! then looks around him for 2 seconds and then rushes inside and bolts the door. I mean dude...you didn't even try. You have a lantern, the least you could do is try looking for him and rescuing him from the cold marsh right?  Despicable. Luckily for you Arthur, Spider turns up eventually so you can go back to recording yourself , playing it back and then laughing about how cool you are. 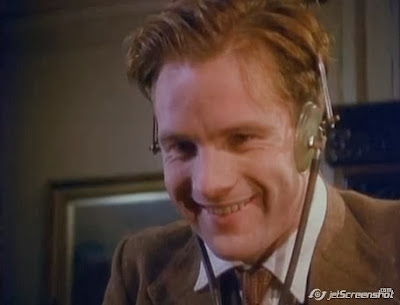 Ultimately though, The Women in Black is definitely something to see. It holds up surprisingly well as a solid TV movie---worthy of a few good scares and just an overall feeling of spooky. A good Halloween view that's for sure. I do understand now why the remake had such a fantastical notion behind the woman in black and her purpose. It was definitely an attempt to make sense of what she truly stood for--as it's not greatly explained in the original.

I also wondered if the original would end as abruptly and sadly as the remake did. Lucky for me. 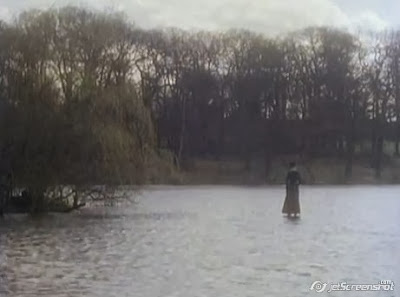 By the way how magical is it, that the original Arthur was James Potter in Harry Potter and Daniel Radcliffe played Arthur in the remake?! There was probably a much better way to type that but I got lazy and gave up. You know what I meant.
Posted by Andre Dumas at 4:08 PM 1 comment:

Labels: The Woman in Black 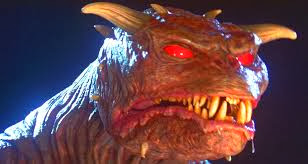 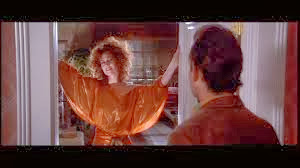 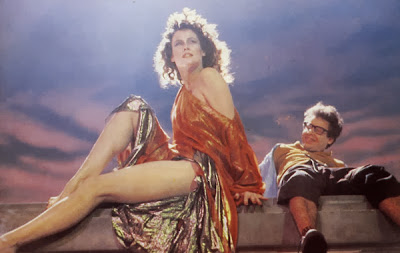 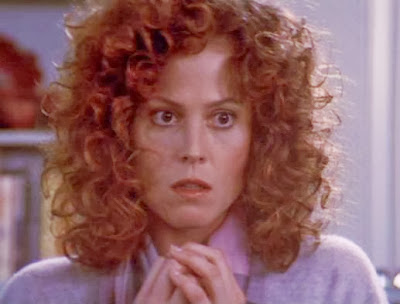 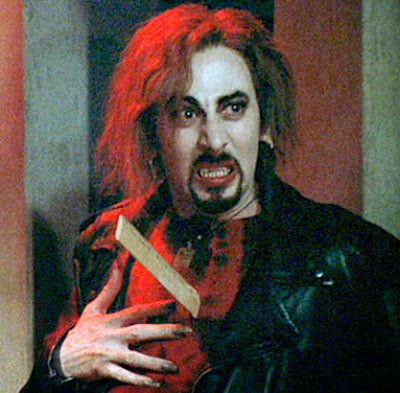