It began with a pair of flying pants, a gas mask and a goodbye. 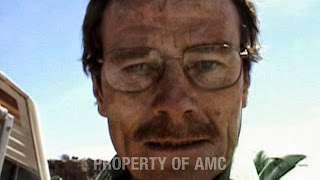 There was me, solitary, perusing the channels one lazy afternoon and Walter White pant-less and panicked. Jesse sitting unconscious in the front seat of a Winnebago, and two dead (?) guys sliding up and down the back. Just what the hell was going on here I wondered., why was the dad from Malcolm in the Middle in the desert, alone and pants-less? Needless to say my intrigue was engaged, and from that moment on---Walter and I, Jesse and the two dead (?) guys became one.

Did I know at that moment that I had just signed myself over for 5 years of anguish, excitement and conflicted feelings of hatred and love? Did I envision myself 5 years into the future, shaking Walt's bloody hand and bidding him a sad but appropriate adieu? No, like most things that are good I suppose I only envisioned that the network Gods would cancel it and that I'd be left crying alone in a corner wondering what the hell that eyeless pink teddy bear was all about. Oh how times have changed. 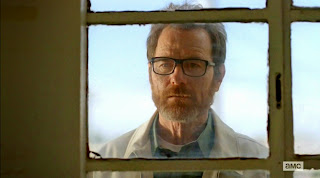 In its five year lifespan, Breaking Bad has achieved what very few shows have---a steady fan base that never faltered. It mastered the fine art of holding the attention of its viewers the whole way through, never falling prey to a lull in action, those off-kilter seasons or episodes. The show seems to have always shown restraint at the right time, and turned up the volume when it needed it. Things never got out of control. Main characters weren't axed in an effort to get people refocused on the tension or action. It didn't need it. It simply lived its life and did what it needed to.

So then, when its final episode aired last night, I imagine many fans were on the edge of their seats expecting some big, "Oh no they didn't!" moment., a just kidding it was a dream faux pas., or maybe even a fade to black moment of depression and disappointment. As it turns out, the series finale of Breaking Bad just.... felt right. There weren't any huge shocks--any die hard fans should have known in their hearts what the ultimate outcome would be all along. The key is--the journey to get there is what makes all the difference. Which, of course is a testament to the entire lifespan of Breaking Bad. The series finale did exactly what it set out to do. It achieved what I think most of us wanted deep down all along.

Overall---it was probably one of the most successful series finales I've ever seen. Everyone who I thought was annoying was killed. 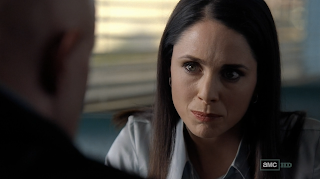 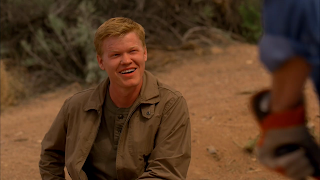 Everyone I wanted to stay alive did. Walt met his end on his own terms---not succumbing to the cancer, but to his own actions, rescuing Jesse in the process and setting him free. 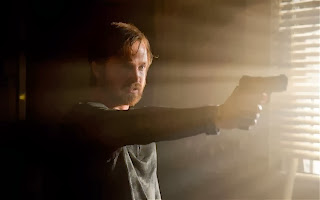 An ending he wholeheartedly deserved after Mr. White single-handily seemed to ruin every good thing he had going for him.   Walt's final confession to Skylar was a revealing one and one that perhaps both we and Walt didn't seem to realize until he spoke it out loud. He did it all for himself.

It ended with a bloody hand print, a gas mask, and a smile. 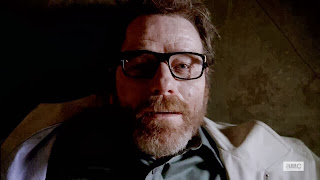 And with that smile we as viewers and fans understood---the journey from Winnebago to abandoned factory was a long one. Much has changed, nothing will ever be the same again---but it's okay. Somehow, everything turned out just....right. 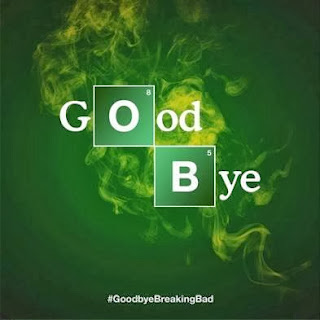 So goodbye my friends, and thank you.
Posted by Andre Dumas at 12:25 PM 1 comment: