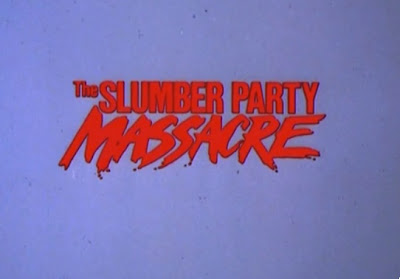 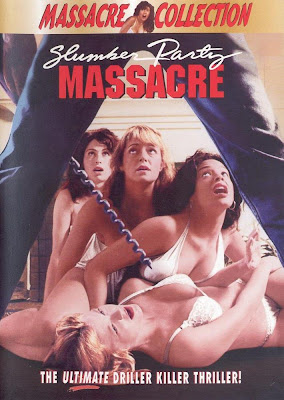 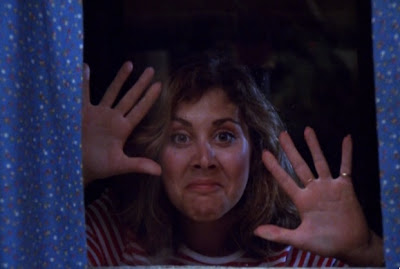 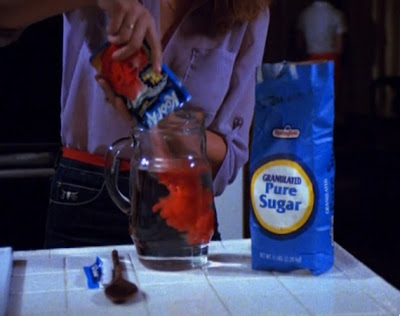 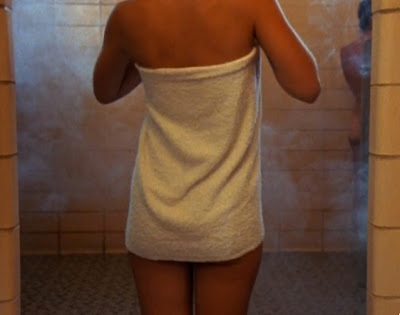 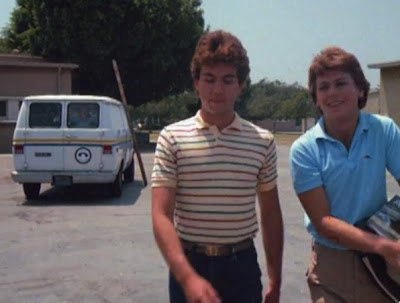 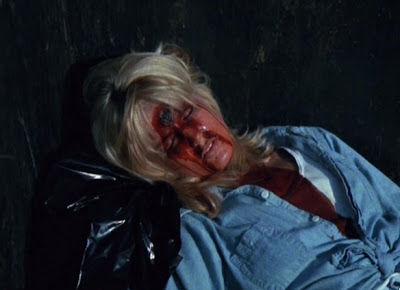 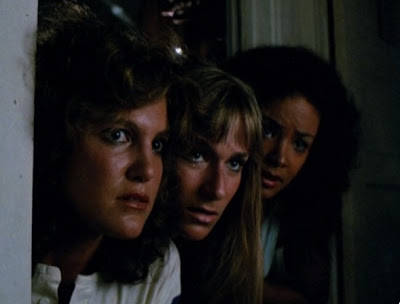 Fun fact! Slumber Party Massacre was written and directed by women! I had to go back and edit a bit of this review because originally I was all like pffft yeah whose fantasy of a slumber party is this---MALE FILMMAKERS. Whoops. Upon further reflection though, if this was made by men I have a feeling the slumber party would include some experimental lesbian sex, booby grabbing and silly talk about the male anatomy that no girl would ever actually say. Then again...I'm still confused about the edition of a Playgirl magazine being used as some form of tantalizing print material. I'm pretty sure Playgirl ultimately failed as magazine because no one wants to look at some guys junk. Or maybe I'm alone because secretly, I still fear naked people!
Anyways, Slumber Party Massacre surprised me in more than one way. It showed restraint while still being a tad bit unnerving. It created seemingly likable female characters and threw in creepy next door neighbors to boot. It's entertaining for what it is, and it's a refreshing take on the slasher genre that doesn't leave me with feelings of bitterness and hostility (COUGH Friday the 13th). Hooray!
Posted by Andre Dumas at 11:24 AM

I just reviewed this as well -- what a wonderful surprise to find it randomly available on Netflix instant.

And, yes, when you use the Kool Aid packets, you have to add sugar. You also used to be able to buy the little canister mixes with sugar already in them ;)

You're right, the canisters! That's how I've always seen it made so this had me all thrown off!

Dude, watch Slumber Party Massacre 2, I've heard it's a musical, and the drill is added to a guitar.
I've never watched either, but I might now.
I did always assume a movie with a title like Slumber Party Massacre would be written by men, and include some ridiculous, "whip cream fight, oh no, now I have to take my top off!," moments.

I really love this film. I believe the whole trilogy was made by female filmmakers, which is just neato. If you don't own the triple pack, I HIGHLY recommend it. All the films have commentary tracks and include some features with the actors today.

Heh -- actually, it's more surprising there wasn't some experimental lesbian sex; the screenwriter was Rita Mae Brown, author of Rubyfruit Jungle and Martina Navratilova's significant other for most of the 70s. This was originally supposed to be a feminist spoof of slasher movies (drill = phallic symbolism, geddit?), but New World didn't care for the result and recut it into a more straight-up example (that's the story Brown tells anyway). The first sequel is kind of a hoot in its own way as well. (I never saw the third one -- hmmm...)