Stoker: Sometimes You Need to Do Something Bad to Keep You From Doing Something Worse 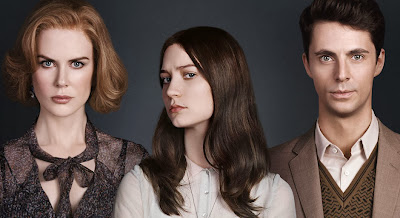 I keep trying to write a coherent blog post about my experience watching Stoker, but so far I've just started drooling and fantasizing about high heels and shot guns. That makes sense if you've seen Stoker---I'm not like.. into guns. Anyways, I blame this on three things. 1. Stoker is crazy 2. Stoker is awesome and 3. I've been binge watching old episodes of the Canadian teen drama sensation Degrassi before my free trial of Amazon Prime runs out. So while my head wants to focus on Stoker and tell you why it's awesome, my heart is too busy stressing out about the impending school shooting that is going to put poor Jimmy Brooks in a wheelchair. (Jimmy Brooks for all you Non-Degrassi lovers is now known as Drake in the popular world) (Which makes binge watching Degrassi even more hilarious). 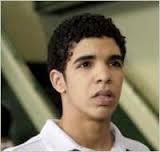 SO while I want this post to be really meaningful and deep and smart---I just don't think it's going to happen guys.

Here is what I was able to piece together before drooling and fantasizing about high heels and shotguns. I typed these bullet points before forfeiting my will to think logically. Lets see if it makes sense.


1. Almost every frame of Stoker is like a painting---which makes it difficult to watch when you can't take a screenshot. The movie itself is enigmatic, beautiful and confusing. It's one of those films you may need to watch a few times before you can begin to really grasp its true nature.

-- I agree with this assessment from myself. Thanks to my recent HBO subscription, I could only watch Stoker on that old thing called the Television. Which was nice, but I couldn't take any fabulous pictures. Although if I could take fabulous pictures then I would have just a series of screenshots that would read kind of as a flip book of the entire movie. 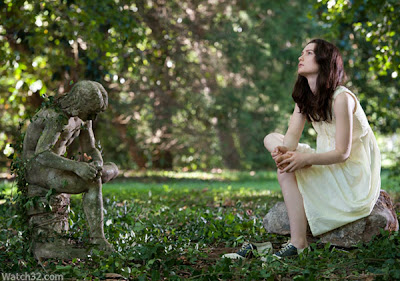 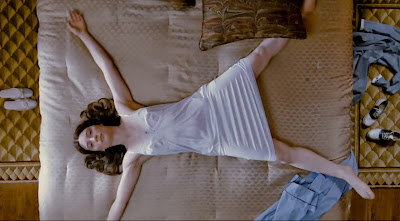 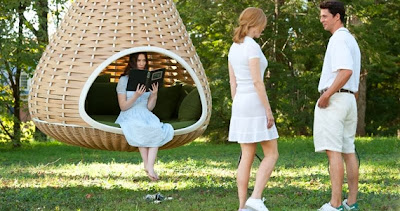 Movies like this tend to make people upset because not everything 'makes sense' in the grand scheme of things. But movies like this aren't supposed to make obvious sense. I think ultimately Stoker  is something you need digest over several viewings until you even begin to understand anything. The first viewing you'll be too busy drooling over the gorgeous shots. The second viewing you'll be too busy attempting to make sense of things but failing. And on the third viewing you start to get things.  Or if you're a 'genius' then you get every single thing the movie is trying to say as soon as you press the STOP button. Note: Anyone who refers to themselves as a 'genius' and puts themselves in this category is by default an idiot because you are wrong.

The film like many of Chan Wook Parks' films is meant to be enjoyed as a fine wine. Or if you prefer non-snobby analogies---the film should just be savored like a really good..............ugh everything I like is snobby. Pair of slippers? Pizza? Yeah. Pizza isn't snobby......but you do want to eat it fast because Pizza is too delicious to savor. OK OK I got it. This movie is designed to be savored. (Forget analogies)

Apparently, this cut of the film is much less sexually charged than Chan Wook's original cut. Which makes sense if you've seen his other films. This being his first American film--I'm actually quite impressed it still managed to unsettle me in that creepy sexual way. I guess my fear of spiders crawling into my crotch is still not over. 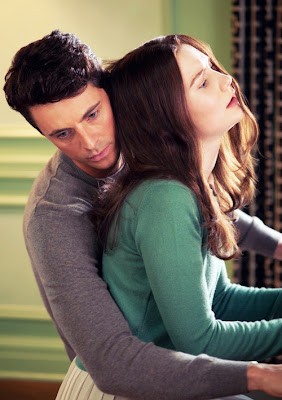 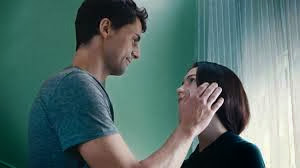 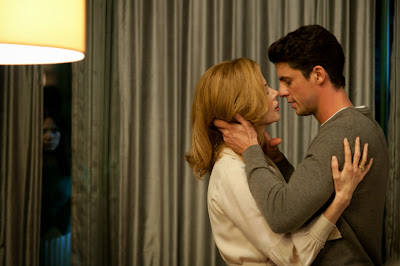 And although it's meant to be unsettling it's still insanely beautiful--which I find impressive. Because usually me and uncomfortable sexual situations are all like... 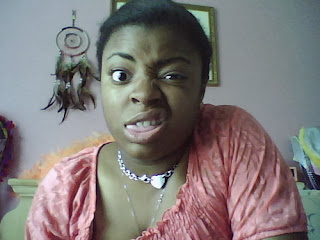 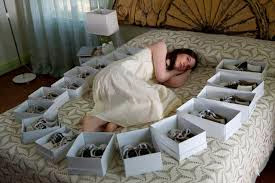 Although this idea is really simple in nature, I totally loved it. And while I understand that not every girl transitions to high heels---it's about the symbolism. It's about growing up and realizing that shit, you're an adult now. Which is altogether scary but also exciting which brings me to my next point.

4. To become adult is to become free. 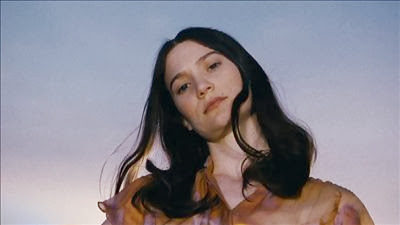 The entire beginning monologue from India is really beautiful but nothing stays with me quite like that last line. While the way that India becomes free is a bit...terrifying, I think in the larger scheme of things it's indicative to how we transition to adults as a whole. While the symbolism of receiving the high heels was the immediate push, the actual push was really her father's death at the beginning of the film. The moment that broke the bond between child and parent. And then the sudden feeling of being 'free' and being able to guide your own path of life. Which includes the very sudden decision India makes at the film's conclusion.

5. Is something wrong?
Yes. My Father is dead.

Another quote that stuck with me...I love this on so many levels. I can't really explain it other than to say it's perfect. While the housekeeper was simply asking India what was wrong (because she looked faint and weird), India's reply is just..YES.


Alright that is the end of my bullet points. But hey! It's the end of another year. Cheers to Stoker, Degrassi, and more blogging in 2014.
Posted by Andre Dumas at 11:59 AM

It's baroque stylistics, creepy sexuality and immaculate framing are very similar to STOKER. So if you liked this movie then you should like THIRST.