After finishing the season finale of Mad Men for a second time, I can't help but feel incredibly sad. Not only will I miss my Sunday Fundays with Pete Campbell's sideburns but in general everyone's life is suddenly pretty shitty. 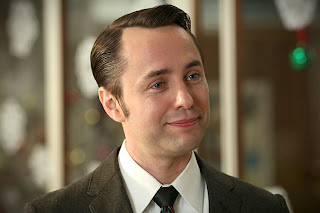 I can't help but be reminded of Betty's words to Don over the phone, "She comes from a broken home"--spoken about Sally but really I think on a deeper level spoken about every character on the show. Nobody's home has really been in one piece this season has it? Pete's separated from Trudy, his mom is crazy and falling off cruise ships, Peggy stabbed her boyfriend then he dumped her, Joan has a gay boyfriend and a bastard son, Roger's daughter hates him, Ken has a baby on the way and a death wish thanks to Chevy, Ted's falling to pieces...the list goes on and on.

And while I think many may have been underwhelmed by the finale---I can think of no image more fitting than Don and his children staring up at his literally broken home of old. 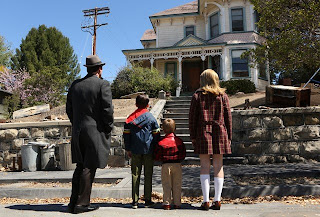 Don who perhaps has the most broken home of all. I think there's even a feeling he has after Betty claims Sally comes from a broken home. Almost an, "Oh yeah?" prompting Don to realize how important it is for Sally to know that her home isn't quite as broken as his was.

Overall, this season was phenomenal. I can't really think of any episode that wasn't great in some way. The finale wasn't a giant firework of cliffhangers or excitement but really---Mad Men isn't that kind of show. I think ultimately what transpired in this episode and seeing Don at his perhaps lowest and darkest is a huge turning point. As my good friend Florence + the Machine says, "It's always darkest before the dawn" or did she mean before the DON????? Whoa. But anyways I think we're going to start seeing some major ups next season. Perhaps a real father/daughter relationship for Sally and Don? A better haircut for tricky Dick Whitman? 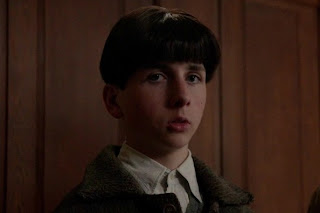 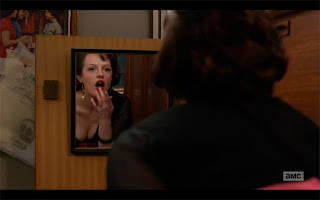 And now for some real fun..Here are some of the more memorable thoughts that went through my head during the finale.

I don't think there has even been a more hilarious and sad moment as Don's Hershey's pitch. Let's break it down. 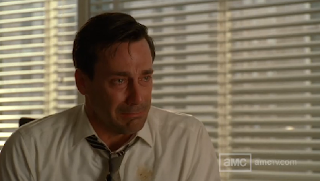 Don: Actually..I grew up in a whorehouse and stole money to buy a Hershey bar. 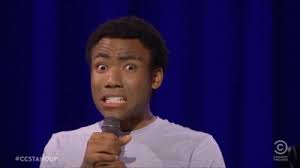 
Man, that scene was like a car wreck that you just couldn't look away from. I admit both times that I watched it I laughed---not because it was terribly hilarious but because it was all so sudden and disastrous and the expressions on everyone's faces? Man oh man.


Thank God I hopefully will never have to witness Ted and Peggy getting it on again. That was uncomfortable. 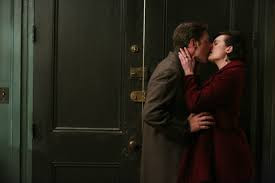 Does anyone else think this painting  looks like a wall of vaginas? 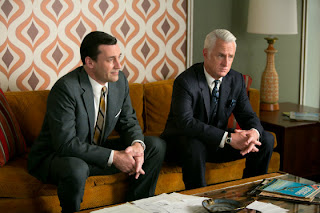 NOT GREAT BOB! Is the best line of the season. Hands down. 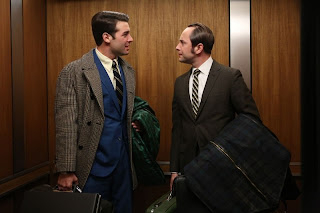 Although...Pete falling down the stairs may be the best moment.

My sister and I decided that Sally Draper is our new role model. She can really handle herself  huh? Her horrible discovery of Don getting it on with the downstairs neighbor marks the 2nd time she's walked in on people getting it on. The first if you recall--was Roger getting a BJ from Megan's mom. No wonder the girl doesn't want to get it on with Rollo. 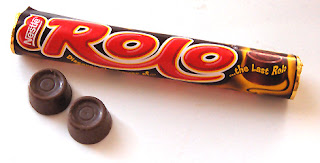 Pete not knowing how to drive stick at Chevy was too perfect for words. Dastardly Bob Benson strikes again! Plus he probably also got Manolo to push Pete's mother off the cruise ship. I'm watching you BB. 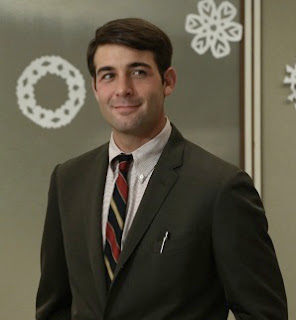 So, another year, another season. What will I do with my Sundays now? You're right. I should do nothing except cry. 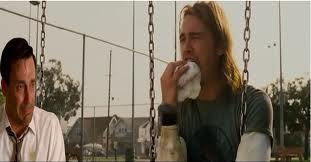 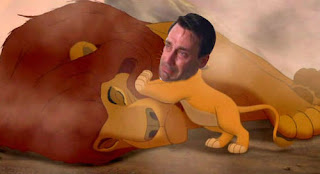 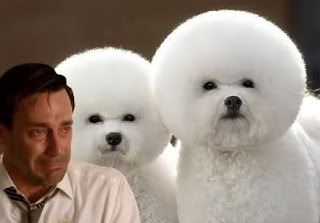 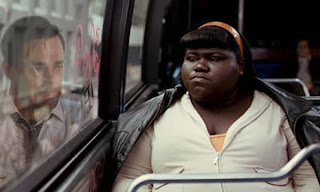 Some thoughts and questions about this season, the finale, and next season:

Loved the NOT GREAT BOB! line--I laughed out loud when Pete said it. Oh and when Pete and his brother are sitting around discussing the disappearance/probable death of their mother and they're like, "well she did love the sea" was brilliant and earned a chuckle from me as well.

Also for Don being such a ladykiller they cast a very awkward looking actor to play the teen version of Dick Whitman. I wonder if it was a conscious decision in order to show Dick's transformation from plain and average if you will, to the suave and handsome Don Draper. Hmmm...

Does Joan have any inkling that Bob is most likely gay? Is Bob using Joan as his beard? Or do they just genuinely just like each others company, nothing more? Again, hmmm...

Also looking ahead I wonder if the show's final season is going to jump ahead to the seventies--can you imagine the crazy hairstyles and wardrobe we could expect? That would be awesome.

And Pete falling down the stairs never gets old--just sayin'

Heck yeah Mad Men coverage! I also adored this season and have spent much time defending it. Everyone kept complaining "Oh, I'm so tired of Don doing the same thing," when to me, that was the exact point. Sylvia Rosen WAS a shoddy substitute for all his other mistresses, because Don spent this season showing us that he wasn't evolving. To me, the finale really showed that point and how now, maybe, JUST MAYBE, he realizes that too.