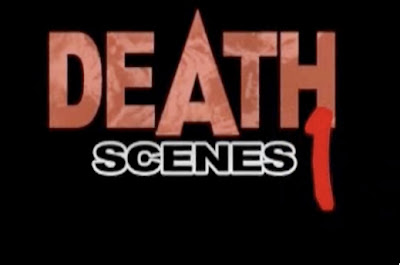 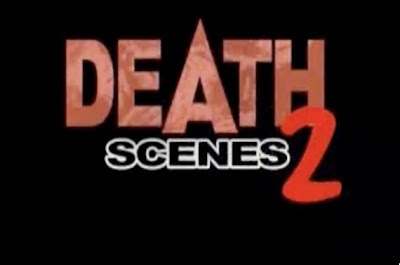 Please note that aside from the title screens and the picture of Anton LaVey, I will not be posting screenshots from this. Instead, I googled "Morbid Curiosity" and posted those pictures instead.
After quietly watching and in some cases skimming the content in Death Scenes 1 and 2, I can state with full confidence that I am probably, most definitely NOT a sociopath. This is good news considering I at one point cut a part of my dog's ear off with sewing scissors when I was little (In my defense I was playing "Vet"....). But now, I'm glad to report that I do have feelings and that I do not take pride in watching actual, real footage of death.
When I saw on Netflix that the most watched Instant streaming movies were Death Scenes: The Manson Clan and Death Scenes 2, I became simultaneously interested and disgusted. What does it say about us as a culture, who have a vast amount of movies to watch at their disposal yet choose to watch videos and photographs of people's dead bodies? Naturally as someone on the path to discovering what it is about disturbing films that forces people to watch them, I couldn't pass up the chance to see or experience these death scenes. 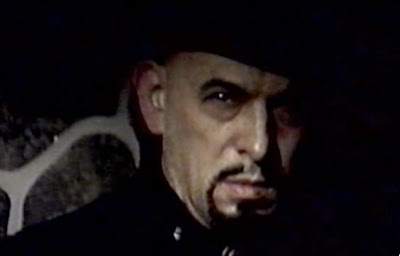 Narrated by Anton LaVey, both Death Scenes are extremely difficult to watch. I felt physically bothered by it all and couldn't stop worrying that somewhere, some 12 year old teenage boys were laughing and replaying these horrific images over and over again. We really see it all here. We see war photos, we see Marilyn Monroe on the slab, we see the Manson Clan's dirty work---we see dead children, people's heads blown off, people jumping out of buildings and seemingly bouncing off the sidewalk. These are videos not for the faint of heart and yet they continue to stay on Netflix's most watched list.
Part of it I'm sure, is our curiosity. How many of us can say that while passing by a highway accident, we didn't crane our necks to get a glimpse of the carnage? It's almost as if we as humans have this inability to look away from things that are horrible and morbid. But why? I almost feel like because most of us have never experienced that kind of death up close and personal, that we don't understand or take it in the way that we should.
Death Scenes seems to me to be exactly what non-horror fans think horror fans like--and that upsets me. The difference between real life and horror films is that horror films ARE films. They aren't real. We aren't taking pleasure in the fact that these could in fact be real people. We know they aren't. Death Scenes however is an entirely different ball game. But you know what the saddest part about it is? Because I watch so many horror films, so many of the images I was faced with in these documentaries looked fake to me. It just didn't seem possible that I was watching real people die on film. Only when I started reminding myself that this was in fact real, was when I started feeling sick. 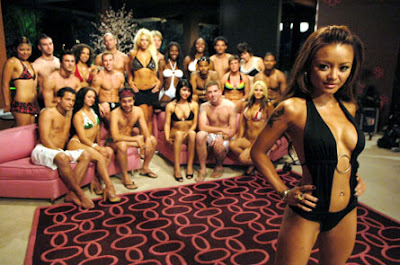 I made it through barely 10 minutes of Death Scenes before I had to start fast forwarding. It at times simply felt like too much. The scenes of death are overlapped with this cheery music, Anton LaVey narrates a few of the scenes like some kind of twisted game show host. The clip of Vic Morrow getting killed on the set of The Twilight Zone movie was replayed over about 25 times, each time getting more and more zoomed in until you can just make out bodies getting crushed beneath the helicopter. This is what kind of freaks me out about Death Scenes. Why do we need to see that replayed until we actually DO see something? Hopefully I'm not alone in feeling comforted by the fact that the fuzzy video of it does not warrant an actual good glimpse at what happens? 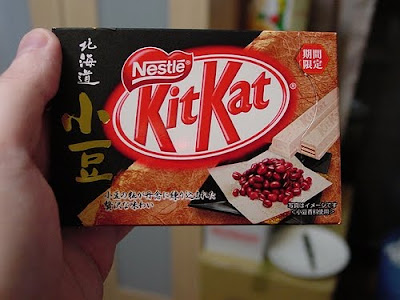 I'm not going to discourage people from watching either of these "documentaries". I use the quotes there because I'm not sure if that's what this is classified under or not. Aside from a few spots of commentary, there is no talking and picture are videos are merely playing. I will say in Death Scenes 2 that there is a rather interesting video tutorial on how an autopsy is done. This I feel better about because it is somewhat enlightening and makes you feel less bad about yourself. Overall though, Death Scenes puts a bad taste in my mouth. It makes me question its necessity and the kind of people that flock to watch it. Not that I can judge anyone, since I did also watch it. Hmmm maybe most of those people were like me---morbidly interested or curious about why these videos exist? 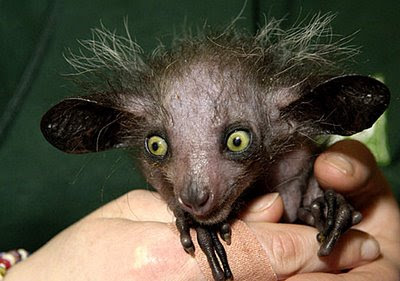 Maybe it's telling after all, that while we crane our necks to get a look at the aftermath of a car accident and if by chance we do see something---we immediately lose the desire to see it ever again. Such is Death Scenes. Watch it. Skim through it and hopefully you like me will erase it off your queue and never have to look at it again.
Posted by Andre Dumas at 8:00 PM

The one thing that really irritates me about most of the cheaply-made "death docs" (the few that I've seen parts of) is that the pictures and footage are divorced from any interesting documentation or informative narration, which is often replaced with bad metal music. This apparently speaks to the videos' target audience, whom I won't characterize further. I found that DS2 (I haven't seen the first, and based on what I've heard about it never wanted to) did in fact contain narration that explained the carnage and placed it in context, which is why it's the one death doc I've seen that I'd recommend for the morbidly curious.

You and I have the same feelings about this subject, it seems. I watch horror to escape, I think - and because I just like the hell out of it. But all the while, I'm profoundly aware that all the death scenes are FAKE.
People tend to chastise me, saying I enjoy watching people die. And so why would seeing a real crime scene/death be any different?
BECAUSE IN THE MOVIES, IT ISN'T REAL, ASSHOLE.

I recently watched Faces of Death (1980) again to write about it for The Blood Sprayer (in which I echo a lot of your thoughts, truth be told) - and though FOD is largely fake, it still comes down to one thing: people want to see graphic death.
You hit the nail on the head using the words 'morbid curiosity'. While disturbing, people just can't let it lie, it has to be photographed, published, filmed, written about, splashed about on the news, and put onto video/dvd so it can be witnessed for all eternity. Over and over again.

There was recently a film made (which will never be seen in Britain, I'm told) that shows Princess Diana's graphic death; the way she looked in the crashed car before the EMS could get her out. Now why do people feel the need to see that? But just as I mention it, you'll have some of your readers googling the hell out of the topic to see what they can see.

Why can't people be satisfied with kittens, rainbows, and ice cream cones?

Yeah, I don't really have the desire to watch this, as it is all clips. If I wanted to watch, say, a guy with a bullet hole in his head, I could find that. Sick, but yeah, it's the internet. Why would I need a whole movie of that though?
I love horror films because of the style that goes into eliciting the fear response. There really isn't any art in just being like "yeah, look, that guys bleeding to death!" if said guy actually is, in real life. Any idiot with a camera can film people getting hurt. It takes an artist to frame a shot, decide what to cut to from a gory shot, etc.

I miiiight have to check these "documentaries" out for curiosities sake, though I'll probably only make it a couple minutes through. The thing is, I love gorey movies, I love Tarantino, I love watched ridiculous deaths on screen and laughing about it. However. I love it BECAUSE ITS FAKE and it parodies death. Not because people are actually dying. Shit, I can't even watch the news most of the time because it makes me uncomfortable. Great post, I always love a good back and forth between a love and an abhorrence to violence.

The Killing of America is the only actual documentary I know on this subject. It's still hard to watch, but it's good.

Africa Addio comes close, but it's horribly racist and I found the footage showing the mass slaughter of animals even harder to take than the real dead people.

Give me special effects any day.

While I've been watching horror movies for over 30 years (I remember watching The Omen when I was 8. No wonder I'm a bit demented), I totally dislike the Faces of Death/Death Scenes type movies.

You (Andre) and most of the other folks on this comment string have the same thoughts regarding this. There is a fundamental difference between real people being hurt or killed and actors faking it.

My feeling is that watching horror movies allows people to feel fear in an environment which is safe. That allows us to explore the sensation, really digging into where the fear is in our bodies, how it feels, and the best way to process that emotion.

Horror movies don't involve true suffering, they merely have suffering as a theme. Nobody is being hurt. In fact, the intent with movies is to entertain. Entertainment and suffering are very divergent mind states, even to horror fans. Maybe especially to horror fans. We grok the difference.

If there is someone in the world who cried and felt true grief from someones pain, that's not meant to be turned into a form of entertainment. That's sad.

At the same time, I understand the nature of morbid curiousity. It is an emotional compulsion that some people feel, possibly even all people. If someone feels compelled to watch such things as an exploration of that aspect of themselves, I would not judge them for it.

I'll stick with the fake stuff. Give me a realistic looking kill scene in a movie any time, I'll enjoy the hell out of it. I'll even watch those dreadful Hostel movies and enjoy them. What that says about me...I'd hesitate to guess. I'm comfortable with both my light and shadow aspects.

Thanks also to everybody else for sharing your thoughts.