To think I thought today was like any other day....that is until I realized it wasn't. No. Today is May 4th or, May the 4th--which sounds like you're saying, "May the force" only with a lisp, so therefore it is Star Wars (lisp) day!

Last year I celebrated the event by bringing you what I deemed as the Scariest Moments in Star Wars history. It was fun, but now I'm out of scariest moments and so I have to think of something unique and stuff. Fear not fellow Star Wars nerds, this year I have decided to highlight the very best that the Rebel Alliance has to offer....... 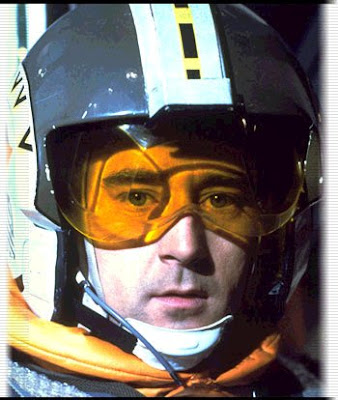 I have this strange fascination with Wedge that I hope I'm not alone in coveting. To this day I still wildly regret that time I saw a Wedge Antilles action figure at KB Toys and did not buy it. 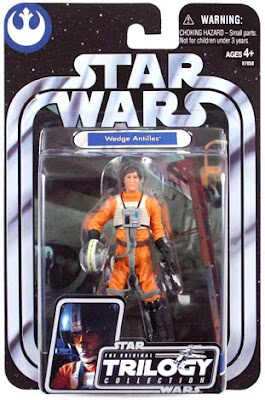 Not a lot of people think about Wedge. In fact, not a lot of people know about Wedge because he just isn't given enough loving. But in case you don't know, Wedge Antilles pretty much did everything right all the time. I'm serious. Was there ever a time when Wedge messed up? Look, he's not Porkins okay? 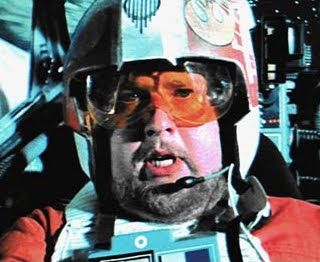 He survives throughout all three Star Wars films (yes there are only 3) AND blows up the 2nd Death Star in Return of the Jedi AND makes it back in time to party with the Ewoks and give Luke a hug.

Plus! He's really nice. I know that because no one ever has anything bad to say about him, Unlike Porkins who I assume everyone hated because his name was Porkins and he was fat and the most useless fighter pilot ever. Wedge was a hard worker, modest and not a bad pilot himself. So what if Luke had the force? Wedge had the skills, and let it not be forgotten.

Aside from all that goodness that Wedge brings to the Rebel Alliance, I don't really have a good reason for loving him so much. Maybe it's the randomness associated with his character. Maybe it's the fact that his name is Wedge. Yes, perhaps my love for Wedge is purely unexplainable. 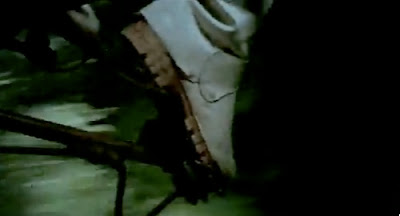 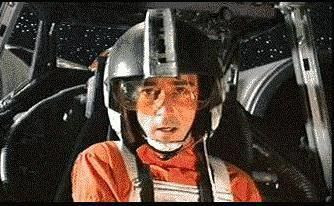 ---Wedge was an orphan just like Luke Skywalker. His parents were killed by fleeing pirates when he was a teenager.

---He started small by being a smuggler of weapons for the Rebel Alliance which he transported with a freighter that he bought with money from an insurance settlement.

---Wedge is a traditional man who stayed with the X-wing while everyone else upgraded to the A and B wings in Return of the Jedi.

For more Wedge facts click here (This website is almost a little too nerdy for my nerd self to handle, but totally worth it).
Posted by Andre Dumas at 9:00 AM

I won't go to the Wedge website, but I remember being a kid seeing Empire, and being very glad that Wedge returned--and survived.

All good points. I must admit I've always been a Biggs Darklighter fan myself, but I'll stand with Wedge.

Good work TW, May the fourth be with you!

i love wedge! great points you make. i was always excited to see him arrive at the ewok party (a party i REALLY wish i could crash).

also pretty cool that ewan mcgregor is his grandson. they both bring the sexy. and mr. mcgregor as young obi wan was pretty much the only redeeming aspect of those... other 3 movies.

Incidentally, I like the way you have structured your site, it is super and very easy to follow. I have bookmarked you and will be back regularly. Thank you

Whaaaa I totally remembered that moment where they zoomed in on that guys boot, probs cuz it's so weird
-jv

Isn't it? It's the most random thing ever and I always wait for it every time.

I still think the reactor chamber sequence in Jedi (copy gold leader i`m already on my way out) is one of the most astonishing bits of cinematic magic that i`ve ever witnessed when watching a movie.

ZOMG I love the jetspeeder boot zoom as well! I never even considered it would be weird to love that, but now I really it prob is. Everything is in chaos