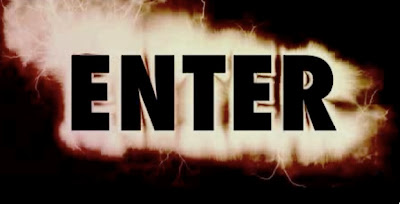 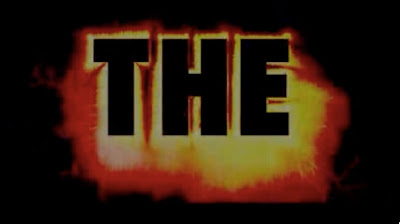 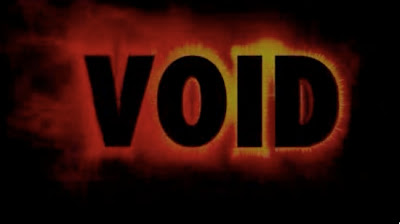 As I settle into watch Enter the Void and the rapid fire credits start flashing before my eyes, I start getting that familiar feeling of being brainwashed. My head tilts sideways and I stare at the screen with my mouth open. One would think that these moments of brainwashing, or even subliminal messaging would vanish with the chaotic opening credits---but they don't. In fact, only after 30 minutes of the film did I notice that I hadn't been paying attention to anything except the screen. My head was still cocked to the side and my mouth continued to hang open.
When I say familiar feeling, I am of course referring to the same feeling I got during Irreversible. Even then during a film not as visually captivating as Enter the Void, I still noticed Gaspar Noe's incredible talent for sucking someone in. I don't experience this often--mostly because I always watch movies on my computer and distractions are easy to come by. So this strange power that these movies have is startling and unexpected to my ADD brain.

Well, you must be wondering so I'll tell you, the rumors are true--Enter the Void is one of the most fantastically surreal films I have ever seen. And here's the really amazing, heart stopping news--it's 2 and a half hours long....and I didn't even care. Normally I'd be exclaiming and whining about its length and blah blah "well Alfred Hitchcock said that a film should be as long as someone can hold in their pee without exploding" or whatever but nope--not this time my friends. This time I was fully and completely sucked into the film. I was hoping that it would never end because I didn't want to be pulled out of this odd dream-like state. I was even trying to calculate if I had enough time to watch it all over again before I lapsed into an "I'm really sleepy coma".
There isn't much to speak about in terms of the plot. A drug addict who had formerly been reading the Tibetan Book of the Dead gets shot, and we follow him on his existential path to reincarnation---or something...but not really. Think of it this way, Enter the Void is like taking drugs without actually taking drugs--it's like dying without actually dying--and it's like being inside of a vagina and seeing a penis come in without really being inside of a vagina (because really that's not possible).

All you need to know before you watch Enter the Void, is that you should prepare to be whisked off to the magical land of holy shit. Not in a disturbing, people are getting raped way--but more like in a holy shit how is this possible kind of way. As one of my friends told me--just turn off the lights and turn up the volume and prepare to have your mind blown. Truer words have never been spoken.

There are a few ways you can choose to view the film. As an art form, as a religious experience, as a non-religious experience and even as a porn. Or you could also choose to see it as a fucking amazing movie--which happens to be the route that I took. Gaspar Noe has been pretty vocal in asserting his non-religious standpoint. To him this is not a movie about what happens when you die, it is instead what happens to somebody stoned out of their gourd who dies and is still thinking about the Tibetan Book of the Dead. Technically as movie goers, we don't have to undertake the same viewpoint as the director and here I must say that I went my own way more or less. This is because around the same time that I was watching this, I was having an emotional collapse centered around the idea and the thought of death.
Here's what I love about Enter the Void. For the first time, in a long time--there isn't this huge dependence on the actors. Sometimes I wonder what a movie without actors would be like--and Enter the Void seems to come extremely close to what I imagine. There are actors sure, but for the most part we are more inclined to pay attention to the experience. What comes through the strongest is the visual aspect and closely following--the idea and the movement of death. What happens when Oscar dies follows the same route as the Tibetan Book of the Dead which of course is also following exactly what Alex was relating to Oscar on the way to the club. For some reason, this is what makes the film the most powerful for me.

There's this moment right as Oscar is dying where the camera blurs the outlines of the scene, and we get this sort of tunnel vision. But it's not tunnel vision as we typically see it, it instead is an extremely slow and extremely heavy depiction of the fading out of someone's consciousness. Since it's filmed as though we are Oscar, it is additionally like a depiction of fading out of our own consciousness. It was simultaneously the most beautiful and scariest thing I've ever seen represented on film. And then there's the floating---the flying from one plane to another. The going through walls and the flying above the room sensation. These moments of the film had me completely awe struck because it's exactly how one pictures death--and the exiting of one's soul. But how on Earth can Gaspar Noe create this feeling so perfectly? It really freaks me out to think about.
Here's what my emotional collapse was about. Someone I had known briefly had just passed away. As is standard per the further growing age of Facebook and technology, people flocked to leave messages for this person on their Facebook account. What struck me about all these messages is how frequently people write the words, "I know you're in a better place" or "I know you're looking down on me". But how do they know? How can they be so sure? I say this cynically but at the same time I was also sure that my Dad was looking down on me after he died. I had to know that he was and I had to be sure or else I wouldn't survive. I had to be sure that everything that was happening to me was also being seen by him because so many things were happening that he never knew about.
This is what made my Enter the Void experience truly unforgettable. It was like for that 2 and a half hours I was stepping on the other side and getting that assurance. Keep in mind I am not religious, nor do I typically enjoy talking about this stuff--but a film like Enter the Void magically creates all these crazy feelings and emotions within me.
Granted, Enter the Void goes into some crazy directions and fills the viewer with some crazy questions to boot. Things that I would need an entire blog post to even step into. This film is a film you need to experience, because just simply talking about it won't do it justice. Yes, I could diverge into tangents about incestuous relationships that are hinted at, the over abundance of breast feeding, or simply how amazing that car crash imagery really is--but I won't. For now I want to just breathe deeply and take it all in, slowly and delicately, just like the entirety of Enter the Void. Because even at its most brutal, where things like murder, sex and abortion are shown--it still comes off as being gentle---and that, is impressive.

It appears I have a new recommendation to check out...

Hmmm. Didn't care to see this before. Now, I shall. My "Never argue with a confident (wo)man" theory is kicking in. Good work.

This is a great companion piece to Irreversible where there was nothing gentle about it's brutality at all. How will NOE top this one?!

Okay, you've sold me on this one. I've heard some positive stuff about this one, and queued it up to watch--hopefully in the next couple of weeks--but this little review of yours has me chomping at the bit to see it.

I can't wait to see this one. Great review man.

Thanks! I'm a WO-man though!

Just found your site and it Rocks! Great review, I'm still trying to figure out if I love or hated the film. *Geek Alert* I heard that it was supposed to be shown at 25 frames a second instead of standard 24, so the movie is supposed to be shorter (that comment also sounds better if you say it out loud with a high pitched nasal vocal with a condescending attitude) Overall, I thought some of the scenes, like the ones you mentioned, were amazing, but the 30 min "Hotel/Love Shack" scene towards the end was a little overkill.

Thanks for stopping by Michael! And what do you mean, you don't enjoy watching people having intense sex for 30 mins inside of a love hotel with magical glowing auras emanating from their private parts? Pffffffft : )

I totally understand the dilemma about whether you like it or not. I sort of feel that way about a lot of Gaspar Noe. I guess he's just that kind of guy!

Ha-ha, you got me there!

Do you have a top 10 goriest/messed up movies list (eraserhead, combat shock, feebles, salo, martyrs, suicide club,el topo, etc)? I think this could probably be one on that list.

Actually I'm in the midst of compiling a list right now, although it's less on the gory side and more on the purely disturbing side. I still have to see a few more titles before I make my final list. All things considered can be found... here http://horrordigest.blogspot.com/search/label/Disturbia