Buried: I Need a Hug

I've been dreading the moment when I would watch Buried for a long time now. Ever since I heard that A. The entire movie takes place with Ryan Reynolds being buried underground and B. That it was good. Unless something involves a shark, if I know something is being well regarded then there's no way that I can ignore it--no matter how upsetting the premise may be. Yes, Buried had joined ranks there for a while as being again, the snakes in the pet store that I did not want to save---but found that I had to. Sigh. 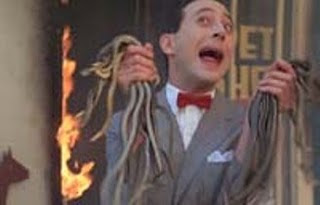 Buried alive movies and even just thinking about the concept send me off into whirlwinds of panic. I remember vividly watching the Quentin Tarantino directed episode of CSI where Nick Stokes was buried alive. I was crying hysterically and freaking out which technically could have been attributed to the fact that at the time, I had a huge and burning crush on Nick Stokes but more than likely it was because the whole idea of it was so terrifying. I also remember coming close to a panic attack when my drama class went to go see Aida in New York. With talk of being buried alive, you cannot help but place yourself instantly into the situation. Hence, making it difficult to breathe and suffering the need to receive a hug, a Valium and a giant cocktail.

Buried is an hour and 30 minutes of watching Ryan Reynolds in a coffin. It's also insanely well made, and manages to hold your attention and more importantly "terrify" you for its entire running time. I use the term terrify loosely as some of you may just find that you're on the edge of your seat rather than terrified, but for the sake of describing my feelings let's use the word terrify. Armed only with a cell phone, some lights, and a knife---Paul Conroy wakes up in a coffin buried underneath the ground after his trucking company was ambushed by insurgents in Iraq. Or terrorists or whatever. Mean people in Iraq basically is the operative word here. The important thing to remember is that he is buried alive but really, how can we forget that?
You wouldn't think that a film that remains entirely with one character in one tiny little space would be interesting after say...10 minutes. Buried however manages to introduce all sorts of nail biting situations and scenarios that keep things interesting. This includes naturally the introduction of SNAKE midway through the film. Don't ask questions, just accept the snake. There's also plenty of interactions thanks to that handy cell phone that those mean Iraqi's stuck in the coffin with Paul. And the best part (worst part) is knowing that Paul is running out of time the longer the film goes on. And it's almost maddening to sit through.

That isn't to say Buried is not a film you should experience. By all means experience this film for yourself, just be careful that you may find yourself crying and clutching your cat or the nearest animal and/or bottle of alcohol by the film's end. I've seen some shit in my day. Like literally I've seen shit in movies and people eating it and girls getting raped with pointy rocks and babies being raped but I have never, NEVER seen something as painstakingly disturbing as what happens at the end of this movie.
Don't think crazy conspiracies or mind blowing twists either. And definitely do not think gore because there is none. Even in a moment of desperation and what could easily be classified as something grade-A Saw worthy---the camera cuts away. No, what happens at the end of Buried is the kind of horror that we rarely encounter when we watch movies. Obvs I can't talk about it in any real detail without completely ruining the movie for everyone but just know that shit is serious. So serious, that I'm not sure I'll be able to get these feelings out of my head for a long, long time.
I think we could all use some cuteness to soften things up a bit... 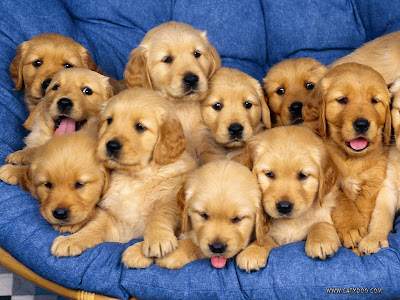 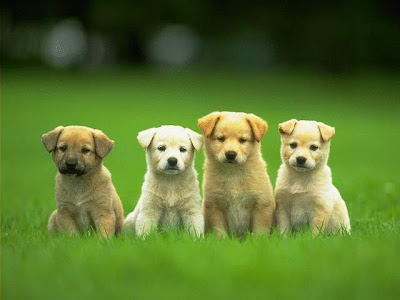 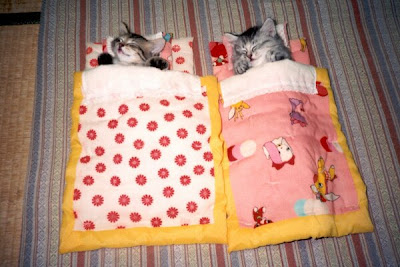 Two of my favorite scenes - Kill Bill Vol 2, and (SPOILER)...........The Vanishing have buried alive persons. Claustrophobia never fails to ensure. And I love Ryan Reynolds so yes I'm defiantly going to watch this.

Sorry it scared you so much but great review.

I don't know that I'd be able to watch this... I had to look at those sleeping bag kitties for a while just to get my brain off of thinking what it would be like to BE buried alive...

When I bought this movie I got the BluRay version that had a digital copy with it as well - I don't have a BluRay player yet but figured oh hell, why not - it was a deal, right? At least when I get said BluRay player sometime in the next century I will have something to watch right away.
Um....no. I don't think I'll watch this movie ever again - it was as disturbing as you said and for hell's sake, that ending!

On a lighter note: those kittens in the sleeping bags are utterly adorable, thank you.

I was inconsolable after watching this movie. I called my mom and cried. I appreciate the cute pictures after your post, I was starting to have Buried PTSD from reading your post!

This also works as 'easing' after seeing the movie. I can't help but laugh every time I watch it:
http://www.youtube.com/watch?v=sKDfSpoTAu8

Of the many horrible things in the world probably the worst is being buried alive as in this movie Buried. Suffocation and claustrophobia. Torture beyond imagining. The most horrific fate. Edgar Allan Poe wrote about it and the movie Kiss of the Tarantula from the 70s has a scene of a character being buried alive inside an airtight coffin. I cant watch this kind of crap. Its monstrous inhuman cruelty. Horrible beyond belief. No way am I watching this movie. Avoid this kind of movie.

where were your puppies and kittens when I watched this movie? Holy sh@t! I was messed in the head for days. I recommend this film to friends and then in the same vein, tell them DO NOT SEE IT! Or at least stop it when he's being "rescued" and live out that version. I'm going to go look at the puppies again.