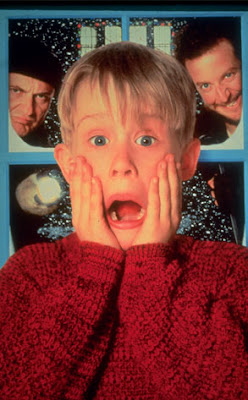 2. Though I thought Shelob was fairly incredible, I have to say that it's nothing compared to that passage in the books, where she's described in such stunningly evil detail.

3. Where the eff is Kingdom of the Spiders?

4. Where the double eff is the last scene of the original The Fly???

As a kid and into adulthood, I was very afraid of spiders. And while I still don't want their fangs on me, ants took over that top spot. Not just any ants. Fire ants. Anything that's bitten me and made life miserable can keep its distance, thanks. Fire ants and brown recluse spiders. Oh, and the huge, Harry Potter-monster one I did battle with when I lived in a trailer in Florida. Remind me never to show you a picture of that one.

Great, now I have the heebie-jeebies.

Still, I always love your lists, Andre! I would've included the scene from The Beyond as you did.

Emily!- I still find it fascinating that Eva got such a good picture when she was crying hysterically only moments before. A true top model I say!

SORRY about Kingdom of the Spiders, I still haven't seen it, and these moments were freshest in my mind.

As for the fly..... ehh I don't remember being quite as affected by that. Wasn't it a man in a spider costume? Just kidding, but yes if there were to be 11 moments that would be 11.
Or no, Cannibal Holocaust would be 11, The fly, 12.
I thought about including Cannibal Holocaust but I didn't want people to think I endorse actual animal cruelty. Which I do when spiders are involved, but still, no need to upset PETA.

Dod- I forget if I've asked you this, but you have seen Them! right? If anything, that made me learn to fear ants at least a little bit. Also, I bet you loved Kingdom of the Crystal Skull!

Oh man, spiders are one of my greatest fears too! I have trained myself not to scream when I see one, but I just all panicy and I can't take my eyes off the spider once I spot it for fear that it will come near me and crawl on me. My brother of course took advantage of this fear of mine growing up, having a spider-web collection, and one time, just to be extra mean, he threw a spider right at me. It was horrible, and scarred me for life! (Of course I took advantage of his claustrophobia, so I can't say I was entirely innocent.)

That scene in The Craft is terrifying, and I'm so glad you included the tarantula scene from Home Alone. I would definitely scream in horror if anyone ever put a tarantula on my face, and I would also probably drop dead of fright.

Spider web collection? That's simultaneously neat and terrifying. So there were alive spiders in the webs? How did he store them. I must know! Also, what an asshole.

My number one would be Something Wicked, and I would probably throw Kingdom of the Spiders in there as my number two. I hate spiders. Even that one in the picture, with the big smile and seven legs. I'd punch in his dumb spider face if I could. I guess that makes me like an anti-semite, but with arachnids.

Hmmm, from what I recollect (and that's not much as I seem to have repressed the memory), there were no live spiders in the webs (thank God!). I think when he saw them, he would try to peel them off the wall (or whatever they were attached to), and store them in a cigar box, or something of the sort. It really wasn't well organized. And, yeah, he was a jerk when he was young- he was grounded basically every day, but he seems to have grown out of it luckily.... unless he has some kind of secret stash he is saving up for a special occasion.

I like to think the spiders are behind everything. Like, we're scared of our sharks or our needles or our rabbits, but behind the scenes the spiders are in control. I blame Charlotte and her web for this fear, naturally.

Them! had me at a very young age. I can actually remember being wary of sandy areas after I saw the movie as a kid because I thought - in kid logic, of course - giant ants lived in stretches of sandy areas.

Except beaches. I seemed to be OK with beaches.

I can still remember seeing a trailer on TV when I was little for a sci-fi movie called "Phase IV" where ants show intelligence. That was all my young mind needed: ants creating elaborate plans in order to bite me.

The Mike- This list was merely a hand on your shoulder as I encourage you to compile a list of needle trauma. You can do it!

Spiders are such evil little bastards, aren't they? I frickin hate them. I think they gross me out more than they scare me, though, and I honestly don't get the whole tarantula thing. It's the smaller spiders that freak me out the most with their creepy little legs. Tarantulas are so big, they kinda just look like furry little animals and that's not very gross or scary to me.

This is my favorite.

Spiders are pretty cringe-inducing indeed. I was even affected by the nest of marching daddy-long-legs in The Texas Chainsaw Massacre...they made so much noise, it wigged me out!

As an avowed arachnophobe, this post resonates with me on many levels and has introduced me a few films I didn't know I had to avoid. I'd further recommend you avoid a certain scene in the second Coffin Joe film, too, if you've not seen it before. And Horrors of Spider Island,though that's more because of the horrors of bad filmmaking (there's one spider and it doesn't resemble any spider I've ever seen). I also take it you've not seen Eight Legged Freaks...

I just watched Something Wicked This Way Comes last week - (blogged about it here http://whatwritesatmidnight.blogspot.com/2010/09/by-pricking-of-my-thumbs-something.html). I'd forgotten how terrifing that spider scene is! I even wonder whether my problem with spiders in real life came as a result of seeing that scene as a kid.

Wow Mikey we are at total opposites of the spider spectrum. While I really don't appreciate any spiders, the one that I really get cringe worthy at, especially more so on film are the big ones. I have a friend who feels the same way as you do though.


Thanks Chris. I thought for a few minutes on adding the Texas Chainsaw Massacre scene but I guess I was trying to concentrate on tarantulas. Maybe I should amend the title. That scene though is really gross. Made Kindertrauma's a few other peoples willies list (yours maybe?)


Thank you James I will stay far away from those! I have seen parts of Eight Legged Freaks but the spiders were just a little too fake and silly to be taken seriously in my cannon of fear....!

Chris it is indeed terrifying. The first time I ever watched it which was actually a few months ago, I couldn't believe my eyes. It was like watching a car crash I just couldn't look away but I really, really should have.

Wow, I had a hard time even reading your list because I too am a staunch arachnaphobe! I absolutely, positively HATE spiders--knowing that tarantulas even exist grosses me out! I have never seen Arachnaphobia for this very reason, which is kind of funny because I have seen Kingdom of the Spiders and Tarantulas: the Deadly Cargo as a youngster although I blocked out most of what happened in those movies. Have you seen The Giant Spider Invasion? It was featured on Mystery Science Theater 3000 so I was able to handle it because it's pretty campy and the "giant" spider looks freakin' ridiculous. But yeah, as far as spiders go I can definetely relate to your hatred of them. Oh and thanks for being considerate and not including any photos because I probably would've freaked out :)

I actually suffer from a fear of spiders. And this list doesn't make me feel all that comfortable. Great list. And I agree that KINGDOM OF SPIDERS should have been on the list. That whole film gives me chills.

I have not seen the Giant Spider Invasion but now I am intrigued..! You're welcome on not including pics, I thought about it, but then I would have had to go looking for them and I'm not sure I have the strength.

Fred- I'm sure when I see Kingdom of the Spiders this list will be amended, no worries!

You forgot to mention Kiss of the Tarantula where a demented girl keeps many of the venomous critters as pets and uses them as weapons. She lives in s funeral home/mortuary and there is a buried alive scene where the girl puts her sleazy uncle inside an airtight coffin and lets him suffocate to death. Suffocation and claustrophobia. Its horrific beyond imagining. Kiss of the Tarantula touches on two of the greatest fears- the horror of being bitten by venomous spiders and the horror of premature burial. HORRIBLE.

Kiss of the Tarantula is about a girl who lives in a funeral home/mortuary who has pet Tarantulas who she uses as weapons to kill. She kills her lecherous uncle by burying him alive inside an airtight coffin. This movie touches upon two primal fears- venomous biting spiders and premature burial. Horrible.

Hello. Yeah spiders are horrible little things. But have you seen the giant centipede? Go on youtube. You can find footage of these horrible bloody things eating mice and bats. Thats extra creepy when an insect eats a full mammal. Something is very wrong when nature allows an invertebrate to eat a vertabrate. Apparently these detestable creatures are popular pets in the U.S. I would run screaming from the room if someone had a pet giant centipede!!! Great list by the way!!! I'd forgotten all about the film spiderbaby...

Yeah...Spiders are horrible. But have you seen a giant centipede? Those things are truly awful!!! They're on youtube eating bats and mice. Ugghh!!! There is something wrong with nature when an invertabrate can catch and eat a full blown mammal. Plus they are rumored to be a popular pet in the U.S. Jesus!!! I would run screaming from the room if I saw someone with one of those things!!! Great list by the way!!! Had forgotten all about spider baby the film. Now i'm going to get the bug spray and hide in my room...Cheers...