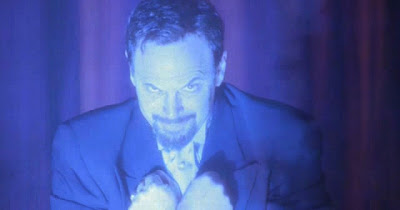 I have a bad problem with cravings. Not drug cravings unfortunately, just food, cat and movie cravings. Cravings that are so bad, they wake me up in the middle of the night and whisper evil things into my ear. Alright well maybe not--but in cravings' defense they probably try to whisper evil things in my ear but I love my bed so much that I'm dead to the world. By the way when I say "cat cravings" I don't mean that I want to eat cats. That is gross and wildly inappropriate. I just mean that I have a craving to kiss them a lot.
Lately I've being fending off an insatiable need to watch a ton of David Lynch films. Not that that's such a bad thing---why fight off pure, unadulterated awesome right? Mainly my problem is that Netflix doesn't offer many on Instant Watch which sours my cravings. It's kind of like when you really want a delicious sandwich but they are closed. That is what it was like anyways until I remembered that I have MONEY and can rent movies on Amazon and/or ITunes for the low price of 3 dollars. That is how I ended up at 10:30PM last night, watching Mulholland Drive in my bed, eating 4 dollar cookies from Trader Joes and having my head explode for the 2nd time.
Truth be told, I've been wanting to re-watch Mulholland Drive for the better part of the year. There's something about not knowing what a movie means yet being so inexplicably infatuated with it that really speaks to me. Curse you David Lynch and your tight lipped explanations of what your films are really about. 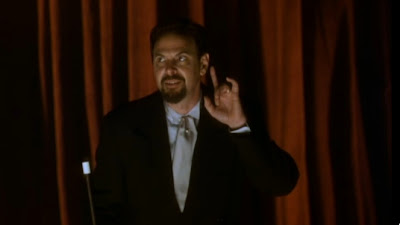 It's no matter though, because last night I realized quite simply that the key to understanding Mulholland Drive and LIFE, is Club Silencio. 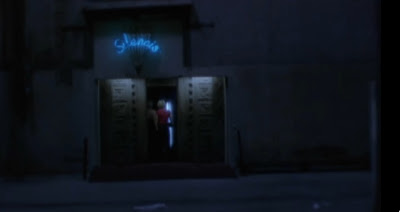 No hay banda. There is no band. Yet, we think there is because we fall in love with the illusion of there being one. Is it possible that David Lynch is trying to speak to us through Club Silencio? Is it possible that David Lynch is saying...NO HAY BANDA in regards to the labyrinth of possible explanations surrounding the film?
To me, 'No hay banda' has a double meaning. The on surface easily attainable meaning of there being no band in Club Silencio, and the idea of there being no real explanation or overall "meaning" to Mulholland Drive. Well, sure there's meaning alright but I'm talking more in that burning desire to shake David Lunch and yell, "WHAT DOES IT MEAN" kind of way. It goes back to that whole idea of our human nature always wanting things explained. Why? Why do we have to dissect what is medically accurate and what is not in regards to The Human Centipede? Why does the improbability of Jason's life and human existence have to do with how much we enjoy Friday the 13th? Why does everything need to have an answer? 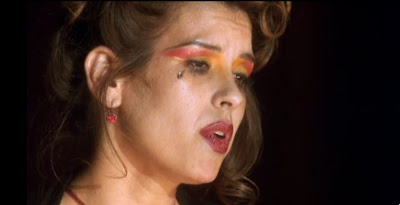 According to Club Silencio...it doesn't. That's the beauty of a David Lynch film and perhaps the main reason why so many people fail to really latch onto and be sucked into them. There doesn't need to be an explanation. All you need to do is sit in a darkened theater and cry.

Cry while you watch a woman lip sync a beautiful song and then collapse. Cry while you realize that there is a creepy woman (man?) in a blue wig in the balcony. Cry when you realize that the key to everything has been in your purse the entire time. Don't think---just watch and be sucked into that illusion.
You could spend hours and hours dissecting every single scene and drawing diagrams and connecting this to that and that to this---and for what? Is that really what Lynch was trying to achieve with Mulholland Drive? To force us to cry with painful exhaustion of not knowing? I don't think so.Because what is David Lynch's overall message to us by the film's end?
SILENCIO. 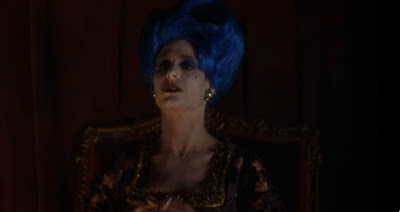 Be quiet. Shut up. And just watch and be affected by this 2 hours and 30 minutes of beauty, confusion and awesome. No hay banda.
Posted by Andre Dumas at 12:05 PM

Cat cravings? like you want to hoard as many cats as you can? Or cravings like they are so cute you wanna suck the life out of their cute cat faces while you snuggle them?

I love this film. I'll never forget when I first saw it many years ago, and then watched it again the following night.

Since then, I think I've seen it at least a dozen more times, and every time I "see" something new. I am pretty sure I have it all figured out, but on the other hand, it's David Lynch's world, we are merely visiting.

I can't watch that scene now because I'll cry and I have to go to work soon.

That being said, I watched Mulholland Drive right when it hit VHS back in 2001 or so and HATED it. Yes, I liked some scenes--prime example being this performance--but I was actively angry by its refusal to give me anything. I have no idea how I'll feel about it today.

Totally agree with your take on the message that Mulholland Drive puts across. Lynch has always been of the idea that emotional impact is what really matters in a film. His cinematic philosophy leans more towards getting an emotional reaction out of you rather than giving you an explenation for everything.

Love that about his films, you might not 100% understand them, but you do get an emotional reaction out of them no matter what.