Guess what? There is a God, Universal Studios is finally closing the JAWS ride. I can sleep safely at night knowing that my friends won't one day drug me, kidnap me and make me go on this ride. Just kidding, I know that most of you are all weeping like children and pouring one out for the old mechanical shark in its disproportional glory. 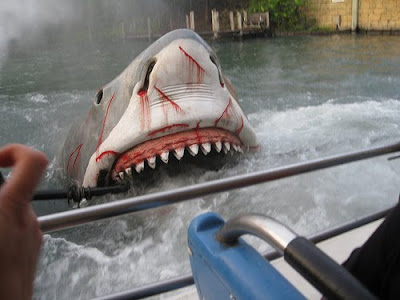 It is rather sad when I think about it and rather telling of the state of movies in general. Replacing old classics with newer, more current and less scary (?) films. Remakes, updates, new ideas that are secretly just remakes, whatever you want to call it, times they are a changing. And if Universal Studios' recent decision tells us anything other than the fact that it will never be as popular and magical as Disney World, it tells us that the park is evolving.

While personally I have had nightmares in my past---like legitimate nightmares about being on the JAWS ride, (Usually the boat explodes and I fly into the shark's mouth--which has spontaneously turned into a real shark, and I may or may not be naked. It depends on whether or not I had a glass of red wine before bed and if I'm wearing socks or not), I know must of you have delicately placed the ride into that sweet little box that glorifies your childhood. Luckily, the one and only time I went to Universal Studios, the JAWS ride was out of order. 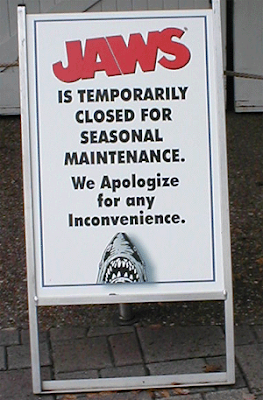 Which makes me wonder: was the JAWS ride often put out of order? Is it possible that the mechanical shark like Bruce, had the grave misfortune of just not working? OR is Universal Studios, truly clearing out rides to make way for more current films to be showcased?

Think of it this way. When most of us went to Universal Studios, we knew most of the films that the rides were based on and we wanted to go on them because of it. Let's take Back to the Future as the best example of this. 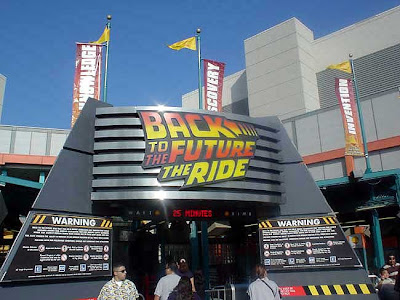 Most kids today? Do they hold that same esteem for Back to the Future? Do they want nothing more than to ride in a Delorean and travel back in time with crazy Doc Brown shouting things at us? Probably not. They probably want to ride on a motorcycle with Shia LeBouf and join the Transformers in an epic battle. Did he ride on a motorcycle in that? I think I'm confusing it with Kingdom of the Crystal Skull. No matter, the POINT, my friends is this: remakes are made because studios need to make things relevant for the new generation of kids. Rides at Universal will undoubtedly be following this same trend and the JAWS ride closing is probably one of the first of many.

Don't go looking at Disney World to comfort you either. They do this all the time--like when they replaced the Alien Encounter ride with Stitch's great escape, or Mr. Toad's Wild Ride with a Winnie the Pooh ride. They have to keep updating things, or kids will not want to go on them.

Putting aside all of our anger and depression about this, I thought it would be fun to envision what Universal Studios will be putting in place of the JAWS ride. They claim it's something new and exciting. But what could it possibly be? Will the space be kept as a marina style, with some form of water? Hmmmmmmmmmmmmm let's discuss.

I can't think of any recent Universal pictures that partially take place on or around water. Unless, you count Couples Retreat as a feasible option. OH wait I have two ideas. 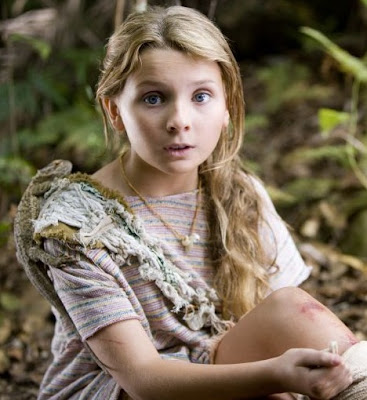 Ugh. This would make sense because I think......that kids like this movie. Plus it would be easy to convert the JAWs space into an island, where the patrons get ferried to it by boat. Also at some point pirates would probably attack the boat. Are there pirates in Nim's Island? Who knows.

This trailer makes people laugh. And rightfully so. Who would make a senseless movie about a board game that becomes un-fun in less than 5 minutes? This ride would work in the place of JAWs though. Visitors ride on boats and their boat gets hit by bombs and stuff. Also, pirates will probably attack the boat. Just kidding, I just think pirates should be inserted anywhere there is water. Curse Disney World for taking ownership of the Pirates movies!

Other scary and depressing possibilities NOT involving water?
The Fast and the Furious: Gross. Picture converting the water into a sort of street/racetrack, where kids get to experience street racing for themselves. Probably people would love this.

Rides that SHOULD be replacing JAWs?

That's all I've got for now. What do YOU think they are turning the JAWs ride into?
Posted by Andre Dumas at 10:08 AM

I think it takes a certain level of maturity to appreciate films that are older than yourself. My sister recently lent her copy of Poltergeist to a co-worker in her early 20s, who returned it with a verdict of: "That was so cheesy!" Sigh.

The problem, however, with replacing Jaws is that Universal has nothing new that is iconic enough to replace it. Plus, you don't even need to have seen Jaws to be freaked out by having your boat attack by a giant great white.

First King Kong burns down, and now this. On the up side, I hear Universal California is getting its own Wizarding World of Harry Potter.

Man, first the King Kong ride, now the only ride that ever actually scared me?! I agree with Marvin, they really don't have anything truly iconic to replace Jaws with.

Disney world closed 20,000 leagues under the sea too! and thats a bummer about Jaws i was gonna propose when he popped outta the water.

First thing replacing the Alien Encounter Ride with Stich was horrible. Just because parents have a hard time reading doesn't mean they need to ruin it for the rest of us who can.

And I agree with Marvin the Macabre, though the Jaws ride was dated and lacking in thrills that only applied those who've been on it before. It was fun taking people on the ride who didn't know what was too come because they jumped (a few even screamed).

Maybe they'll move Jurassic Park to the Jaws place, update it, and then Island of Adventure can be an entirely separate thing, like Harry Potter. Not likely but that's my guess.

so sad! it will be something dumb i'm sure.