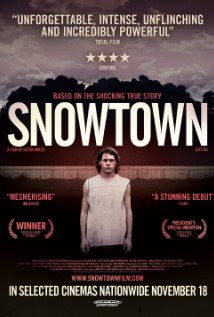 It's been a very long time since I sat down and watched a movie disturbing enough to make it on my "Exploration Disturbia" list. I may have even given up for awhile, purposely not seeking out anything remotely disturbing. Besides, what was there left to see? What could possibly shock me now? The funny thing was, I didn't even realize Snowtown might be a candidate. Netflix called it "grisly" but when was the last time Netflix spit truth bombs? They don't even know what the movie's title really is. Is it The Snowtown Murders? Snowtown? Snowtown Murders? Jeesh.

Well anyways, Netflix was right about the grisly part--and Snowtown has now made its way to ye olde list of very disturbing movies. Snowtown is a really, really fucking disturbing movie but not because  it's filled with gore, or people having sex with dead bodies or any of that typical stuff that comes along with the term "disturbing". Snowtown is disturbing because it is real. Real in the sense that it is based on the true murder case that happened in Southern Australia between 1992-1999 and also because the horror runs so very deep. 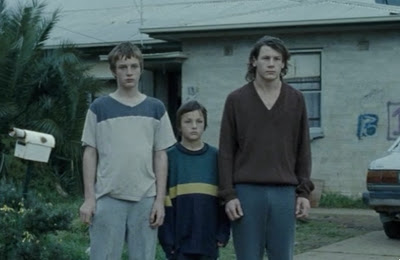 While Snowtown is based on the murders orchestrated by John Bunting, the film focuses more on Jamie Vlassakis---who represented a pawn basically for John. The film begins with Vlassakis and his brothers being watched by their mother's boyfriend who suddenly decides to take naked pictures of the boys. When the mother discovers what has happened she goes rightfully insane and forms a bond with a community of people all for bringing justice to pedophiles. Part of this community is John Bunting who immediately enters into the Vlassakis family by courting the mother. His primary target however seems to be Jamie, whom he prods and prods until Jamie expels anger and distress at what has happened to him.

John Bunting and a few of his closer friends, began hunting down pedophiles, drug addicts, obese people and homosexuals over a span of 7 years. Violently torturing them, killing them, stuffing their bodies into barrels and then leaving pre-recorded voicemails on the victims loved one's answering machines claiming that they're "going away". The film more or less chronicles the downfall of Jamie and the horror of John Buntings plan. 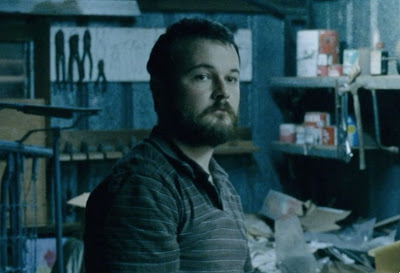 Jamie's character is a broken one. After being abused by his mother's boyfriend, he later gets raped by his older half brother. After this, John Bunting relentlessly forces Jamie to take up a life of violence--a life that Jamie seems to truly not want. It's interesting and terrifying to watch this strange cycle of abuse unfold. John Bunting may think he is helping Jamie conquer those that have wronged him---but in reality he is only further abusing him. Jamie for instance is forced to watch his half brother tortured and after watching him be repeatedly strangled to the point of almost suffocation, Jamie is overcome by disgust and rushes in to put his half brother out of his misery. The scene finishes with Jamie sobbing outside in the cold. 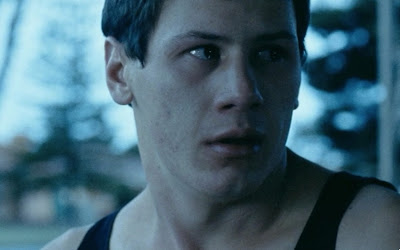 I think this character of Jamie above all else is what really got me in Snowtown. You feel for this kid and the terrible life he's been given. John Bunting may be a psychopath and the true star of the real murder case but in the film---Jamie almost becomes a sort of tragic hero.

It's a touchy subject though---after all what is so wrong about bringing justice against pedophiles? It's a topic that gets brought up constantly throughout the film. Yes, pedophiles are dangerous and scary but what is also scary is a close minded vigilante with a thirst for blood. And while we really only see Bunting torture and kill one victim---we get snippets of people he is about to murder. These people have mental illnesses, were in car accidents and are now physically and mentally disabled. These people yes are pedophiles but are still people. It's the age old question that Dexter tackles every episode. No matter the circumstances, is it right to kill another human being? 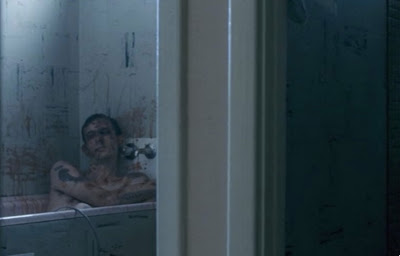 Aside from all the extensive moral dilemmas, Snowtown is really just a gripping and well done film. I admit--after discovering Netflix now has a subtitle button I had to use it and go back and watch a big chunk of the film over again. These Australian accents are thick--and some of the dialogue is mumbled or very low. Plus, if you aren't paying full attention, you'll miss so many things going on in this movie. Almost everything in this is quite subtle, so subtle that you might watch the whole thing and wonder when the murders happen. But once you understand the story---and tie it in to the actual case you'll suddenly realize how disturbing it truly is.

I recommend watching this only if you have a very thick skin. It's heavy. It's horrible. And at times, it's just too fucking real.

'I admit--after discovering Netflix now has a subtitle button I had to use it and go back and watch a big chunk of the film over again. These Australian accents are thick'

We're speaking English. Is it really so hard to stretch your ears slightly to make out what we're saying?

Believe me Cash, my ears were stretched. But this is like mumbles on stop of quiet talking. Plus I kept missing important plot details. All the sections with the voicemail messages--I could NOT understand due to the quietness and I couldn't hear the names of the people to figure out who had just been killed. : (

Anyways, I'll have you know I am fairly good at deciphering most thick English speaking accents but there were other elements at work here mate. ; )

Okay, Andre. Sorry to get so defensive.

I haven't seen this movie yet. But knowing what I do about Australian arthouse films I can quite easily imagine a lot of faux-dramatic, mumbly nonsense going on.

I can always count on you to find well-made, gut-punching films! I saw the trailer for his (it may have been on the Kill List DVD) and was intrigued. Now I'm definitely going to have to see this - you and I haven't talked movies in a while, but I absolutely trust your opinion!

Speaking of real-life disturbing, I just watched a documentary on the Jonestown cult mass suicide/murder - so incredibly chilling.

Indeed, we must catch up Dod! What was that doc called? There are so many intriguing docs on Netflix that I must devote an entire day to.

We will definitely catch up!

The doc was called "Witness to Jonestown," and it's on Netflix instant. So chilling - I've always been intrigued by its history, but it's downright disturbing.

Let me know what you think of it if you see it. We will discuss!

Cash,
Are you certifiably INSANE?!?!
I know you apologized for getting defensive.
However, you should be apologizing for your entire comment!!!!
ESPECIALLY after I read your apology comment, and saw that you've never even SEEN the movie!!!!
You're seriously gonna question somebody, not to mention, INSULT them, for giving viewers a fucking TIP about a movie, when YOU NEVER EVEN SAW IT TO BEGIN WITH?!?!?!
You should be ashamed of yourself!!!!
It's morons like you, who parade their ignorance for all the world to see, and think they're not only JUSTIFIED, but CORRECT as well, who really chafe my ass!!!!
It's people like you, who should be permanently BANNED from ever being able to use the internet!!!
Your that person sitting in your parents basement, jerking off to children on the internet, with a pacifier in your mouth, trying to figure out who your next verbal attack will be on, so you can feel better about YOURSELF!
You're the typical insecure loser, who talks big to strangers over the internet, but would never do SHIT in real life!!!

Do everyone a favor, and never post another comment on the internet, for the rest of your life........

As the old joke goes: "You fuck ONE chicken..."