The Bay: Don't Drink the Water 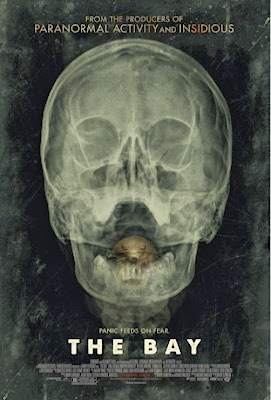 Since it's Monday, I think I'll get right to the point. I quite enjoyed The Bay. Well, maybe 'enjoyed' is too strong of a word---because really the entire time I just felt curling up into a tiny ball in a cold dark corner while thinking about the possibility of giant parasites eating my internal organs and biting off my tongue. Not pleasant really. But as far as horror movies go, The Bay is extremely effective and when all is said and done a lesson in how to make an effective horror movie on a smaller budget. And also probably a lesson in why you shouldn't dump chicken poop in the water. 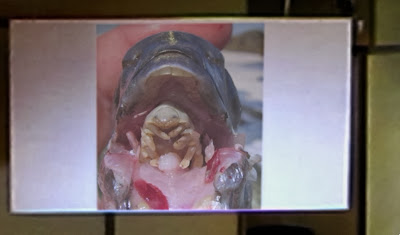 The Bay stitches together found footage of all different types to tell how the events of July 4th unfolded in a small seaside Chesapeake Bay town. The film's narrator is a rookie television reporter who's first assignment was to cover the town's annual Fourth of July celebrations. She tells her story over Skype, while narrating the various bits of found footage. Halfway through the celebrations, the townspeople start to develop strange symptoms---huge rashes and boils, vomiting up blood and then... dying. It's not long before the entire town gets taken by the mysterious parasites growing in the town's water supply. 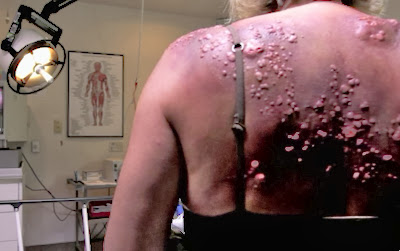 The good thing about The Bay is that the found footage aspect is so varied. There's not one single medium used throughout the entire film--rather it switches it up constantly which nicely removes you from the monotony that found footage films usually trap you in. It also jumps back and forth along the timeline of events, which builds up the feeling of unease nicely. 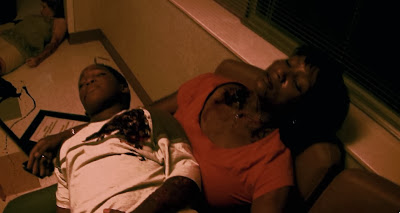 Sprinkled among all the found footage of the town, there are two oceanographers who are slowly but surely uncovering the parasite problem sometime in May. Later their bodies are found mangled, prompting town officials to dub their deaths as a shark attack.What makes this bit of found footage alarming is how it continues to raise our anxiety as the oceanographers find more and more evidence--culminating in their demise.

The film also does a really nice job of building up anguish without shoving it in your face. Perfect example is one brief webcam shot of a man showing his stomach to the camera and shouting that he feels sick and something is very wrong with him. We can see the outline of a parasite moving inside of him threatening to burst out Alien chest burster style---but it doesn't. 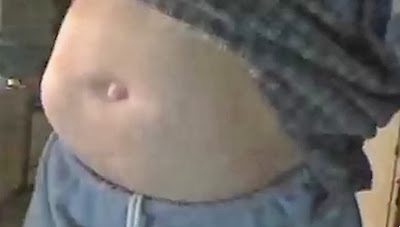 This is what I wish bigger budgeted films would do. Perhaps the parasite didn't burst out because they didn't have the money to make it look convincing--or maybe they did it on purpose. Either way--the fact that we never actually see parasites bursting out of people's stomachs, or eating their tongues is quite refreshing. It causes us to use our imagination which in most cases is more terrifying than the actual event. There's also a lot of subtle creepiness going on, which is again much appreciated in this day and age when horror movies normally like to throw the scares directly in your face. Take this simple scene where a couple who has been sailing to the town throughout the film finally arrives and sees just this empty sailboat floating along… 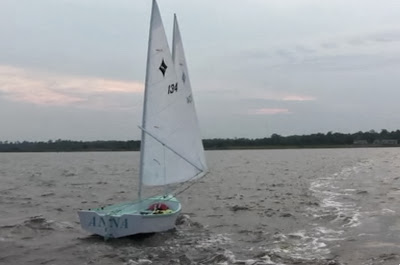 Sure there are some burning questions I have, (why it take so long for the townspeople to get the parasite, but it took that one guy only 12 hours or whatever? How come the reporter lady stuck her face in a fountain and didn't get it? OH you probably have to ingest it....but she got that person's blood on her face---some totally got in her eye?) And I'm also a little dubious of how all the found footage was so intact..especially the one of the two teenagers, also I wish the mayor guy got a better payback.

Overall,this is a solid film that really leaves you feeling unsettled. Or maybe just nervous about ever drinking from the tap again. At any rate, it's an excellent entry into the found footage/contagion subgenre and I'm totally into it. Check this one out on Netflix Instant Watch--one of few movies I haven't seen and doesn't completely stink. Hooray! 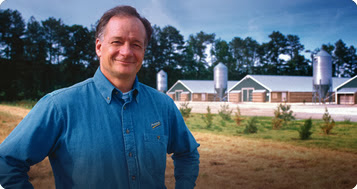 It's really hard to believe that Barry Levinson directed this. He of RAIN MAN and DINER fame.

Who knew he had a horror movie in him? Let alone a good one.

I keep passing this one over, I need to watch it.

This movie was actually based on true events and the parasites do exist. Though this movie is still mostly fictitious and does a good job of bringing out some truths, it's highly enjoyable.