Well, it should come as no surprise that I have been delayed in posting thanks to Netflix and/ or my postman who has seen it fit to steal my DVD of the Worst Witch that was suppose to be delivered on Wednesday. So fun Halloween movies will have to wait. I've instead succumbed to the powers of haunted house movies which for the most part I feel are strangely lack luster thanks to the exquisiteness of films like The Haunting, The Changeling and The Innocents. Burnt Offerings while making its entry onto many people's childhood trauma lists, leave little to be desired in actual scare factor. Aside from the creepy chauffeur and the reappearance of the limo/hearse I found little to be scared about. There's a good reason for it and I'll get to it but first I want to make sure that other people were also insanely distracted by Karen Black's wonky eye. 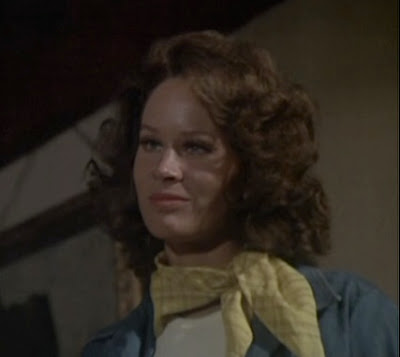 I've always thought she looked a little like that woman who resembles a stuffed lion. 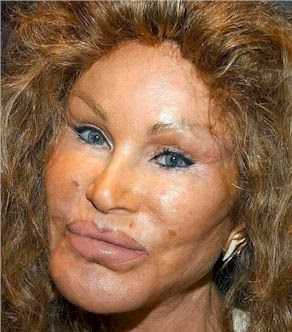 But speaking ill of Karen Black to many is a sin. I don't know her so therefore I can talk about her and how she kind of annoys me. It's her face sadly....something about it just screams---bloated. Too much plastic surgery? Eh maybe. Too much Scientology? Probably. One thing she does have going for her however is the ability to naturally creep people out. So good for her.
Okay where was I? Well, Burnt Offerings is about the Rolf family who decide that for their summer vacation, they would like nothing more than to fix up an old mansion. Well I say "they" but by that I really mean the kooky mother who for some reason thinks this summer vacation would be the bees knees (I used it correctly!). There's one shady part about renting the house however, the house comes with the owners elderly old mother who sits up in the attic. She must be fed according to rules and should not be disturbed. Marien Rolf jumps on the responsibility and the family moves in. There's Marien aka Wonky Eye, Ben aka Father Sassy Pants (It's so strange to see Oliver Reed in a normal role), the son, Davey aka Annoying Face and the elderly Aunt Elizabeth aka BETTE DAVIS! 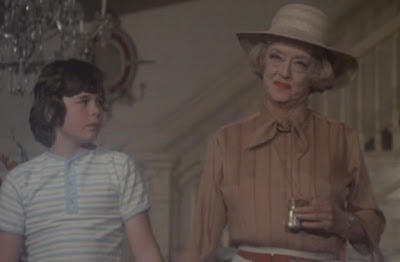 Yes it's an all star family if you ask me. So the family moves in and it's not long before strange things happen. Marien starts acting very odd and thinks she is someone else. 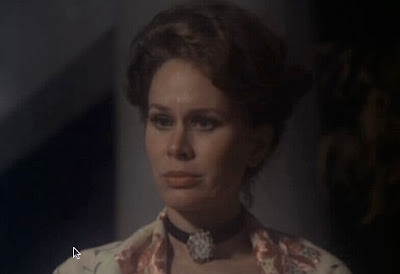 The house seems to suck the life out of poor Aunt Elizabeth and an awkward swimming wrestling match turns ugly when Ben does not know when to stop. 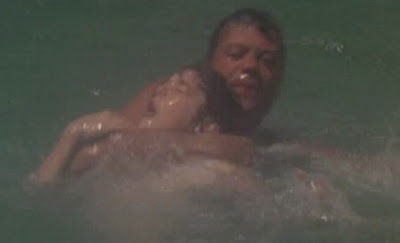 Yes...the house would appear to be up to something, but what is it?
I'll tell you what it is---it's a little boring. Now here is my beef with Burnt Offerings. So much of what we want to be frightened by and what should be creating suspense is kept hidden. The great enigma of course is the elderly mother of the owners. Obviously something is kooky there but we are never actually pushed to that level where we feel like something is very wrong. Because we are not shown enough of what is creating the horror and because the house does not display enough of the scary stuff---we are then left with a feeling of nothingness. If someone was not paying enough attention they may have even missed the whole point of the house being "alive" in the first place. There is such a strange absence of legitimate house hold tinkering that you could almost make the assessment that Marien and Ben just respectively turned into nut bars.
If you look at a movie like The Shining you will notice that the hotel has a very strong presence. The hotel becomes a character in its own right. It's alive and it's thriving and you can see it and feel it in the walls, in the rug, in the atmosphere. With Burnt Offerings, the house seems to be just a house. There's a strange something going on but it's never taken to the level that it should be. Much of what the house is doing seems to be very internal and specific to the people it gets inside. The real problem is what they are feeling is never projected quite well enough and instead we just get a lot of, "Huh? Why did she care so much about that punchbowl?" Sure the house gets prettier the more it seems to suck the life from those living inside of it--but I never felt like anyone's life was being sucked, save for Aunt Elizabeth.
The one huge saving grace however is Ben's traumatic flashback involving the chauffeur at his mother's funeral. 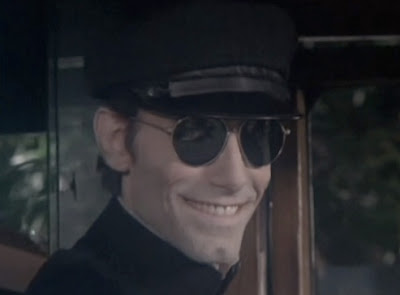 Wow. This guy is creepy. And then when we see the car slowly driving up the driveway! And then later when it comes closer to the house and then the driver comes inside?! Holy moses. Just the sound alone of that little car ambling up the driveway is enough to turn ones blood cold. It's such a great example of a reoccurring nightmare. It was the one instant where I really felt like the house was provoking something. If there had been more creepy instances like this I maybe would have felt a bit more positive about the film as a whole.
But ah, what can one do? I also found it strange how the film managed to go from 0 to 150 in the course of 2 minutes. 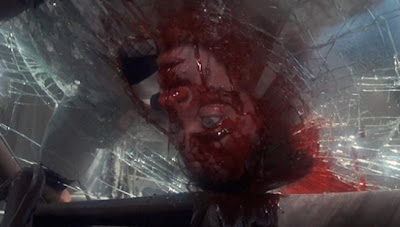 I mean, that was awesome. But again, why do I have to sit through an hour and 45 minutes just to get to that one great moment? And the big reveal at the end is very surprising, but I got the feeling that the filmmakers thought it was. Let's get serious, anyone who didn't see that coming should be drowned in a pool by Oliver Reed. Overall the film is lacking, it really is and no amount of nostalgically yummy goodness is going to change my mind. It could have been better--let's just say that.
Posted by Andre Dumas at 2:59 PM

For a second there, I thought Karen Black was Pete Burns from the '80s pop group, Dead or Alive.

Back in the 70's Karen Black was in a disaster film . She played a stewardess who has to land a 747 (don't ask). I can clearly recall someone in the theater saying rather loudly, "How can that cross eyed broad be trusted to land a jet?"

Hahaha I just laughed on both accounts. First a googling of Pete Burns and then cross eyed broad. Ooooh excellent. One of the forum topics on iMDB was "Karen Black's Googly Eye?" The question mark is the best part.

I dug this film which is odd considering a) I'm not that prone to haunted house scares b) usually get annoyed by overlong movies and c) also find it hard to look too long at Karen Black. But I loved the unravel of her character as she was seduced by the house's antiques, loved how Oliver Reed of all people came off as the good guy, loved Bette Davis in anything, and ultimately found the film effective.

The thing that cracks me up about the finale, is that Reed sees Black, freaks out.

Black sorta stands up in the chair and Reed turns and immediately jumps out of the four story window.

At no point does he, you know. TRY TO LEAVE THROUGH THE FUCKING DOOR.

Dude you really could have handled that better.

Did Reed jump out of the window, or, more likely, he was thrown out by Black. You'll notice he's backing away from Black, towards to the door, not the window. The next shot is him crashing through the window. So I vote for thrown.