Dream Home: I Think I Love You 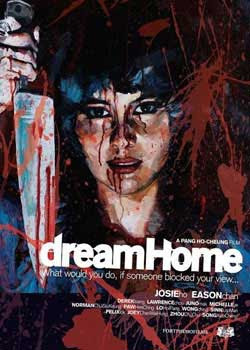 I suppose if asked to ruminate on what my own dream home would look like I would get lost in visions of Suspiria. A startling geometric anomaly bathed in bright hues of red and blue. Beautiful and terrifying, I would traipse around the carpeted hallways by day and cower in my bedroom by night--afraid that some hairy beast hand might stab my heart and hang me by a wire through the stained glass roof.

That wouldn't be all either. In my dream home, a giant framed portrait of The Donald would go over the Citizen Kane sized fireplace. Robby the Robot would make me sandwiches whenever I wanted and brightly colored candlesticks would line the hallways. The Warriors would play on a loop in every single room and there would be mandatory dance parties taking place at least three times a week.

Yes, I could go on and on and so could you if asked. The best part about your dream home after all is that the possibilities are endless. But this indie film fresh out of Hong Kong dares to question--just how far will one go for their dream home? In Dream Home, Cheng Lai-sheung works two shitty jobs in a tireless effort to save up for her dream home overlooking the harbor. However, when a hike in the stock market occurs, Cheng finds her dream home suddenly out of her grasp, prompting her to take drastic measures to ensure that her dream home becomes a reality.

When all is said and done, Dream Home remains as an incredibly original and very clever little Slasher film. This is not however a Slasher film as we previously knew it. This is a crazy hybrid of a Slasher film filled with some outstanding and creative deaths and with some intricate and intelligent plot organization to boot. Almost nothing about Dream Home is predictable and this is an important point to realize. 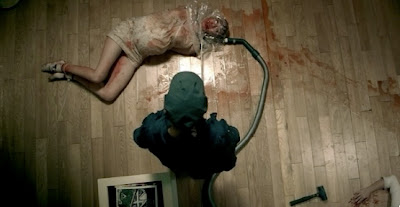 I can say with about 95% certainty that I never once figured out how a scene would play out. There are no cliches to be found here and I must admit it's terribly refreshing. Especially in this day and age when 50% of all Asian horror movies involve a scary girl ghost with long black hair and the other 50% involve some intricate cycle of revenge resulting in a twist of epic and vomit inducing proportions.

Dream Home is gory, entertaining and thoughtful--the latter of which is seldom seen in a Slasher film. All too often Slasher films become magnetics for 14 year old kids who can pride themselves on being able to sit through an hour and 30 minutes of booby-time and CG gore. Here however those same 14 year olds faced with Dream Home would scratch their heads and wonder out loud in a mocking tone just what the hell that was suppose to mean. I LOVE THAT. I love when kids don't get horror movies--because 9/10 times that means it's awesome. And not just awesome...but secretly awesome to those of us who have souls (And also to those of us who have real jobs and can't afford things like you know, rent).

Of course, Dream House isn't without its own problems. The flashback sequences of Cheng leave us hanging for more and when the credits roll we can't help but feel like we are owed a little explanation. Her dramatic action seems to be a little too crazy without proper reasoning or hinting taking place and I also wouldn't be opposed to a little explaining in terms of how she received that odd super human strength. I'm also still confused about how possible it is to stay alive long enough to try to smoke a joint when your intestines are hanging out of your body. But what do I know?

Still though, these are small annoyances in comparison to a mostly engaging hour and 30 minutes of your time. It's well written, funny, horrific and almost a perfect social commentary on the state of things economically. Plus how can you not instantly love that throwback looking poster? It's the best. THE BEST.

Yes, be sure not to miss Dream Home. It recently became available to watch on Netflix Instant Watch and if you're like me and just gave up your DVDs rentals, I have a feeling you'll be craving to watch something that doesn't stink. Dream Home is your man/woman friend for the night, enjoy it and try to be nice to it and not blow cocaine up its nose when its sleeping. 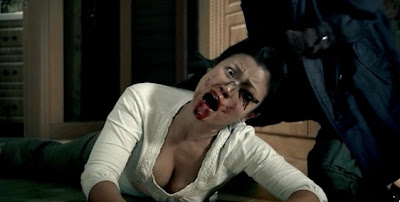 Oh and all semi-craziness aside--Cheng's brilliant plan? Kind of brilliant, right? Hopefully I wasn't the only one who quoted a little Jurassic Park out loud by the end of this..... 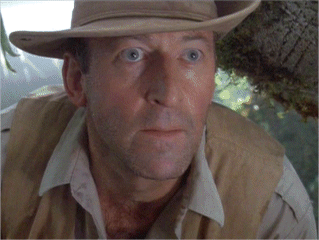 Yeah, DREAM HOME is bad-ass. It's also quite an anomaly because Hong Kong just doesn't really release straight horror films at all.

The closest to this would be the Category III films of the late 80's and early 90's which were often sensationalised recreations of famous real-life crimes in HK; infamous films like THE UNTOLD STORY and DR LAMB and so on.

But a full-blown slasher film made this well? I can't really think of another one, to be honest.

This film is absolute insanity. One of the best slasher films of the past 10 years. And proof positive that the well isn't dry when it comes to original slasher film ideas.