Phantom of the Paradise: Dream It Never Ends 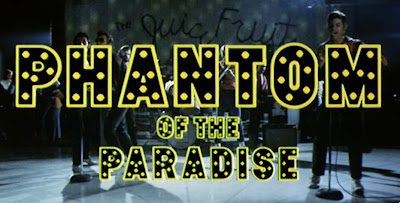 It's difficult to know where to begin with Brian De Palma's rock opera horror movie hybrid Phantom of Paradise... although, I wouldn't say no to starting with a yes, wow!, huh?, or weird. When my good friend and fellow blogger The Mike of From Midnight, With Love sent me a copy of the film, I knew I couldn't pass it up. But then one thing led to another, I moved and the movie somehow ended up in an unknown place. Luckily whilst banging my head on the wall after canceling my DVD subscription from Netflix, the drawer of my desk flew open and there lay Phantom of the Paradise. A message from god? Probably. OR more like Rod Serling.
I am never sure what to do with the Rock Opera genre of film. I don't always get them---that is to say I am confused about my sexuality while watching them. In that hour and 30 minutes I seem to teeter back and forth between being a gay man and a teenage girl with a glitter fetish. I also usually feel frightened and self conscious, alone and angry that I can't sing show tunes in my shower because the neighbors might get angry. Yes, the world is a dangerous and confusing place when watching Rock Operas, but one thing is almost always stated with certainty---it's always so much fun. 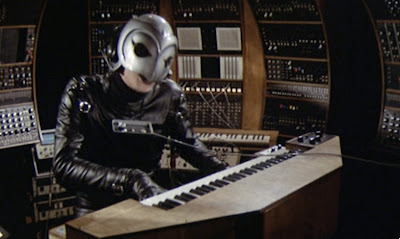 Phantom of the Paradise is often described as a re-imagining of Phantom of the Opera with Faustian undertones. Paul Williams stars as the evil Swan, a "devil" of a man who seeks the perfect music to open his new performance rock club The Paradise with. William Finley plays Winslow, a songwriter and performer whose music gets stolen by Swan and warped to fit his strange glam rock needs. There's also Jessica Harper, who in her very first film role plays Phoenix, the up and coming singer whom Winslow falls in love with. After finding out Swan's true intentions for his music, Winslow storms the record company and suffers a gruesome accident leaving him disfigured. After returning to The Paradise, Winslow dons a costume and mask and vows to destroy The Paradise. 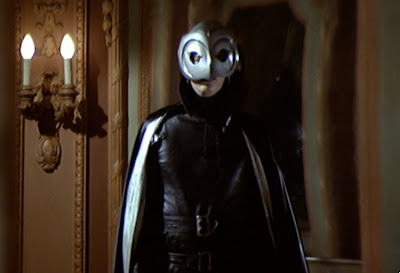 Chances are when you start watching Phantom of the Paradise, you won't know what to do. Half of the people watching will turn it off because they are uncomfortable with their sexuality. A quarter of the viewers will call it stupid, corny and ridiculous (but nobody likes them), and the other quarter will absolutely adore it--hence giving the film its cult status. There really is no way around the fact however that the film is insanely creative, filled with mayhem and is awesome though. Am I right?
The colors, the eccentricities, the flamboyant musicians named Beef, 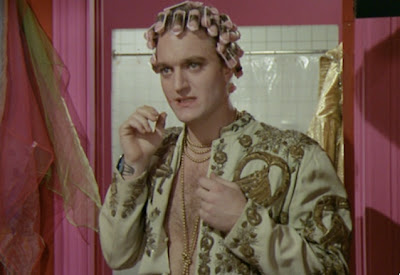 the singing, the weird dancing, the METAL TEETH... 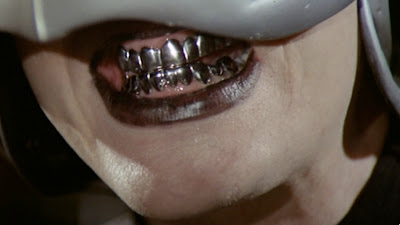 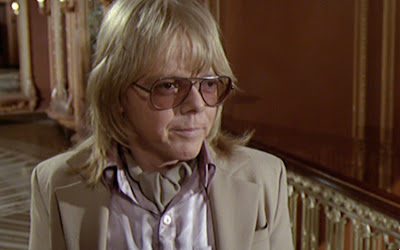 Still, with all his creepiness and his shortness--there's something very unusually appealing about Paul Williams. But NOT in a sexy, oh yes, Daniel Craig have sex with me now kind of way. More like in a........you are so unusual...also you scare me...but I will still watch this movie kind of way. You feel me?
What is also thrilling and unique about Phantom of Paradise however is how many references are packed in. People are never slow to accuse De Palma of Hitchcock thieving (although us kinder and more well adjusted folks refer to it as homaging) and what would you know, there is a lovely nod to the famous shower scene. 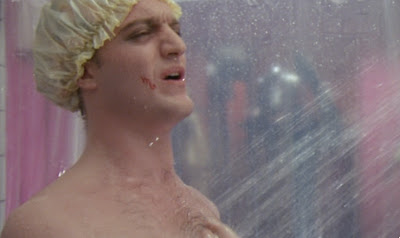 But there's also a brilliant homage to the Cabinet of Dr. Caligari, 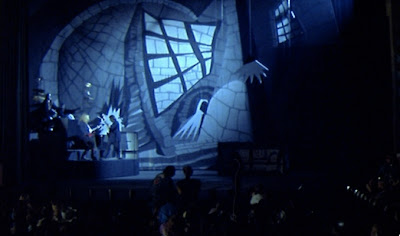 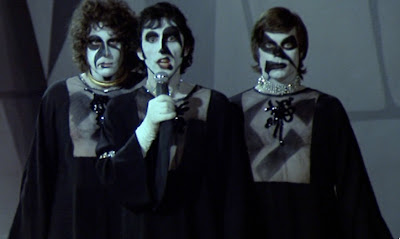 a shout out to the Manchurian Candidate's assassination scene, a replica of Hitchock's camera work in Vertigo and a homage to Orson Welles' famous opening scene in A Touch of Evil. But don't stop yet! We also get references and nods to Frankenstein, The Cask of Amontillado, The Picture of Dorian Gray, and of course Faust and Phantom of the Opera. I mean basically, Phantom of the Paradise is kind of like a massive orgy of Swanage proportions where classic movies and well regarded films and stories are all doing it. It hurts your eyes but you just cannot look away. 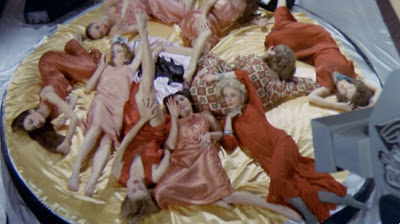 I am also partial to all the glorious bird imagery and I want the Death Records logo tattooed on my body somewhere...preferably on my face. 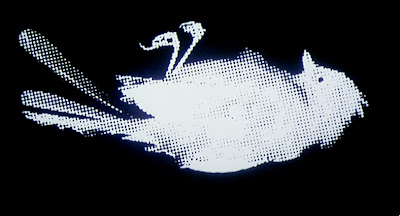 So although it may have been difficult to begin, it's not necessarily difficult to finish. The film is insanely chaotic but that doesn't mean it can't calm me down in a very strange and unexpected way. I guess watching Phantom of the Paradise is like doing drugs and eating delicious chocolate chip cookies, while having your head massaged at the same time. It's all kinds of awesome, it's pretty weird, and you'll have a hard time replicating the sensation when you felt it all for the first time. Such is life my friends. Such is life. 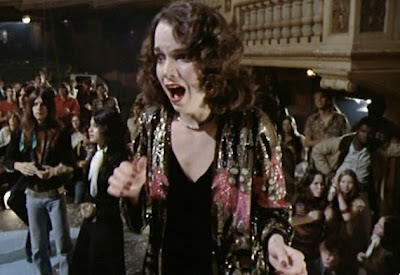 Homage! YES! You nailed it.
Glad you enjoyed it the film. It's easily my favorite De Palma. The soundtrack is simply unbeatable.

My favorite bit is where Jessica Harper does the audition for Paul Williams, that is such a great song.

Seeing this with an audience (in which the lovely previous commenter was in attendance) really does help this movie out. It IS ridiculous, but in a wonderful way. Paul Williams goes for it and I loved every minute he was onscreen.

Jessica Harper's dancing is so weird, SO WEIRD!! I loved it!

Have you ever seen the Rocky Horror 'sequel' Shock Treatment? That was another Jessica Harper one.

I think Beef is the unsung hero of this film. He makes me laugh every time. When he's trying to leave and the dude's trying to give him pills and he's being a diva...love it.

And yeah, the Caligari bit always wows me. Looks so awesome, plus that song is mega catchy.

So glad you dug it, I hoped its mix of...well, awesome things...would be up your alley.

And I will freely admit that I LOLed during every scene that Beef was in. He is my new hero. But I have many heroes so don't worry about The Donald or Kurt Russell's status.

Great review! I'm so glad I discovered your blog. And I'm pretty sure that your estimation of audience reactions to this movie is scientific fact.

Thanks Ryan! The feeling's mutual : )

I had the most excellent fortune to be IN "Phantom Of The Paradise" as an Extra during the filming of the Concert Sequence which featured The Undeads, Beef and Phoenix.
My father worked was Vice President of the Company which provided scenery and backdrops: the now defunct Peter Wolf Associates. That was how I learned about the filming in downtown Dallas inside the old Majestic Theater.
What a crazy Summer that was.

In my "Phantom" Costume.

Perfect review. This movie is just 'the most' of everything for me - appealing to my love of literature, classic Gothic horror films, 1970s rock'n'roll, grand guignol/operatic stylization, twisted romance stories, camp surreality and blindsiding oneliners, biting black humour, unconventional-looking but charismatic actors, and the topic most relevant to me as an artist and student of audio engineering - the recording industry.

Really bummed out that William "Winslow" Finley passed on - he was a great actor and seemed so sweet. Rest in peace (and dream it never ends)