Roger Corman, The Real Magic in The Exorcist and a Black and White Cake. 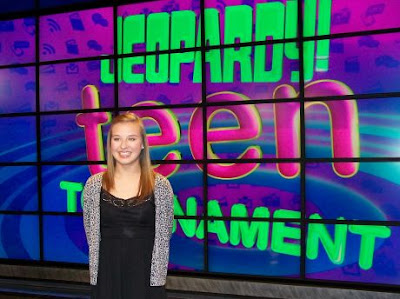 This is a post about three random and neat things that I found out this weekend that I would like to share with you. Some of you may think it unnecessary and meaningless to divulge in such matters but you are wrong. The unnecessary and meaningless is what this blog thrives on!! I also find it curious that I'm using words that are a bit more challenging than my standard written vocabulary. To this I say, what ho? Or wait maybe now I'm just talking like some kind of saucy English lass. Is lass a Scottish thing? Oh, I give up. Although to be fair I think my recent surge in fake intelligence is due both to the fact that A. Teen Jeopardy happened this week and B. It was a rerun. What? Are you disappointed that I'm not as smart as I think I am? Me too friend. Me too.

SO ANYWAY. Here are some neat things that happened.

1. Roger Corman and Candles Sitting In a Tree.

Last night I had an epiphany that Roger Corman is CANDLE CRAZY. And not just any kind of candle crazy mind you...he's awesome bright super fucking cool colors candle crazy. In layman's terms that means that he likes bright candles. He LOVES them. In fact, I think it's fair to say that unusual colored candles are one of Corman's trademarks. I discovered this last night while watching the Pit and the Pendulum which has some pretty spectacular blood red candles in it.

This promptly got me thinking about Masque of the Red Death which I watched half of, fell asleep and then forgot about until now. What I did remember though was how gloriously beautiful the candles are in that film (And the colors too). I couldn't get over the fact of how fucking awesome a blue candle was. OR a teal one for that matter. 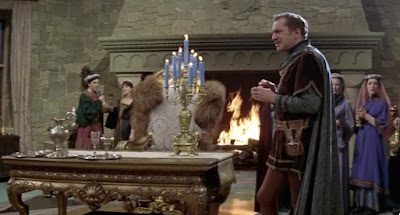 Here is some evidence to prove this theory. 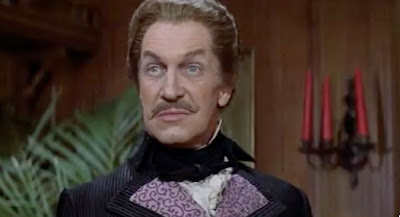 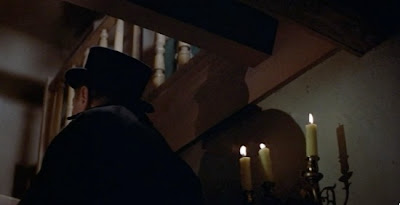 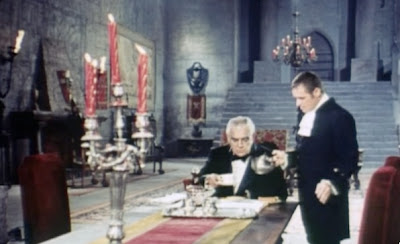 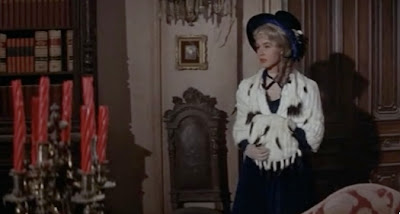 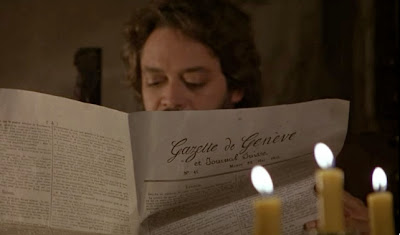 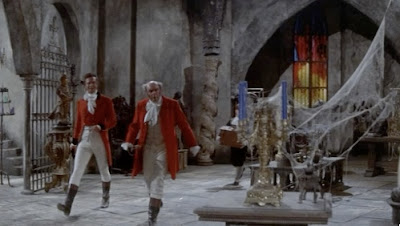 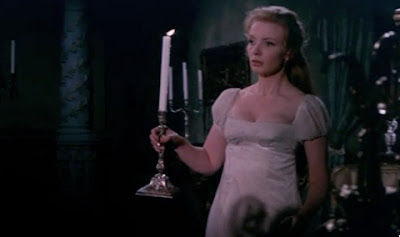 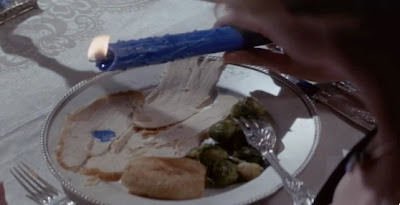 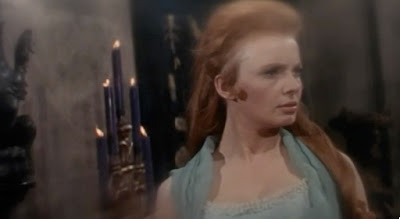 Sooooooooooo many candles. So many different glorious candles. How does he do it? How?!
I think I speak for all of us when I say that we need to start bringing candles back. Especially ones in cool colors like this. Let's make it happen.

You don't need to tell me that's the best title to ever come out of my face--I know. So this weekend I've been in a bit of a documentary watching kind of mood. While on this craving I watched Fantastic Flesh: The Art of Make-Up EFX. 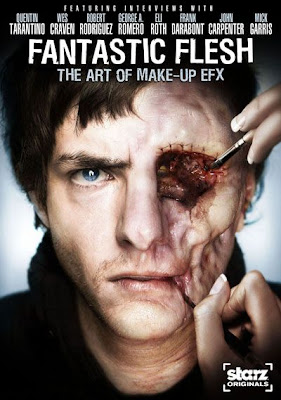 While not necessarily a documentary per say, it does have a pretty good collection of some horror movie magic that should warm all of hearts just the right way.

One especially crazy thing I learned during this is not only the existence of Dick Smith but also of the existence of some of the best make-up that most people don't even know is make up. I'm not talking about Pazuzu people. The most impressive make up believe it or not, was actually done on Max von Sydow who played Father Merrin. 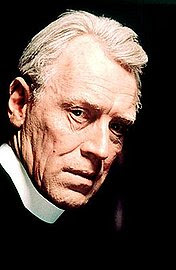 In the Exorcist, Father Merrin is old. Like really fucking old. Like so fucking old he dies because the demon's demon power was too much for his old heart to handle. There's even a certain point where I swear you can see his life force kind of float out of him. 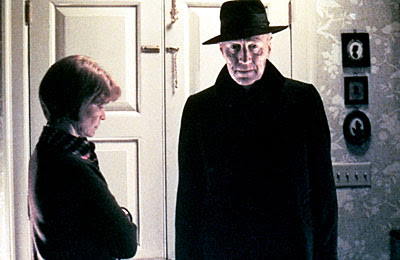 The thing about how old Father Merrin is, is that Max von Sydow was only 44 years old when he played the role. 44!!!! I thought that dude was 95. Dick Smith's makeup according to many is one of the finest examples of aging by makeup in the history of film. I think my jaw seriously dropped when I saw a picture of what von Sydow actually looked like during filming. 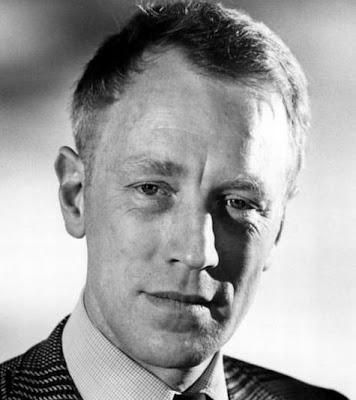 In fact, even today at 82 van Sydow looks like a spring chicken compared to his Father Merrin counterpart. 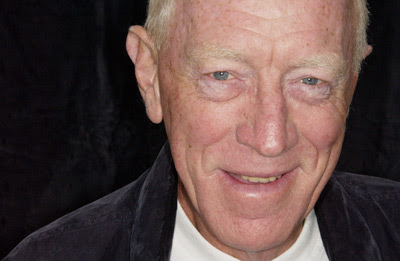 Isn't it crazy that movie makeup can be that good? It makes me smile and weep a tear for the future of CGI.

3. Kim Kardashian is a fan of the Sentinel!

Since our world is already crumbling into a black abyss of embarrassment, I think it's okay to talk about Kim Kardashian for a minute. It's kind of like when you kill someone and then realize that stealing a candy bar is probably not such a big deal. Am I right?

So if you haven't heard, Kim Kardashian got married to some guy she met 2 hours ago. Her wedding was the expected lavish ceremony filled with unnecessary touches and a really ugly beaded head crown thing that I think was supposed to honor the Child-like Empress but I can't be sure. 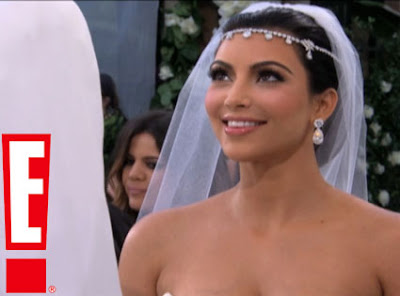 I can be sure however that it looked a lot better on the Child-like Empress. 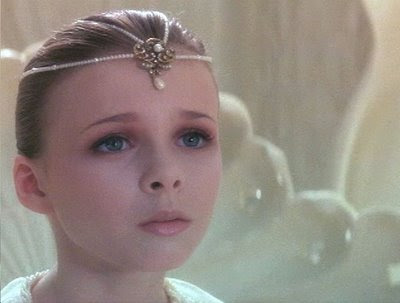 Anyways. The theme of Kim's wedding was black and white which sadly does not mean the wedding honored one of the greatest songs and music videos of all time, Michael Jackson's Black or White. It also sadly did not feature Macaulay Culkin lip synching to a rap performed by an African American man. 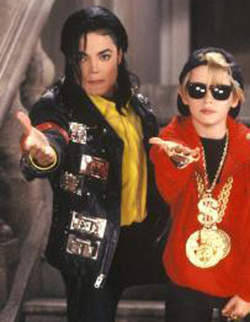 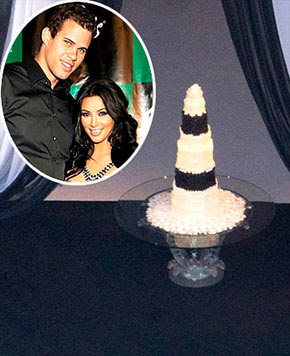 While watching Access Hollywood tonight (Hey whatever you guys I was just waiting for Teen Jeopardy to start okay?) they actually pointed the cake out and said....."A black and white cake". This may not seem like a big deal to anyone who has never seen the Sentinel....but to those of us that have it can only mean one thing.... 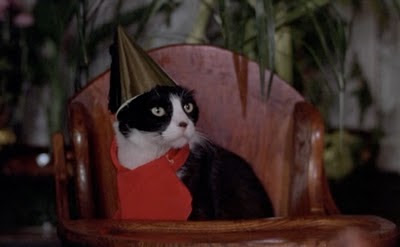 You know, it's funny. After everything I've been through and after everything I've learned in this world, I still cannot fucking figure out what the hell that means. What does that mean?! Nobody knows but it's still the best line in the entire film. And...WAIT A MINUTE. I get it!! The cat....Jezebel is black and white so the nice old lady was merely just pointing out that it makes sense if the cat's birthday cake is also black and white. OR does it mean that the cat's mother slept with a black man? AHH I CAN'T FIGURE IT OUT!

What I can figure out however is that Kim Kardashian obviously loves the Sentinel. Why else would she have a black and white cake? It makes perfect sense.

Those are some really great teal candles. Which gets me to thinking - with such great candles to look for, will I ever be able to simply WATCH a Roger Corman film again?

There is still something genuinely magical and charming about Roger Corman's series of quite magnificent Edgar Allen Poe adaptations from the early 60`s, the atmosphere he imbued into them was absolutely marvellous, i still never tire of watching them to this day.

I knew Max von Sydow was young, but I never realized he looked so young. The picture comparison is crazy!

Now, to be a bit crass. Am I the only one who looked at that black and white cake and thought that everyone who had a slice probably wound up with black poo later on?