Bitter Feast: Too Many Dick Heads, Not Enough SPICE. 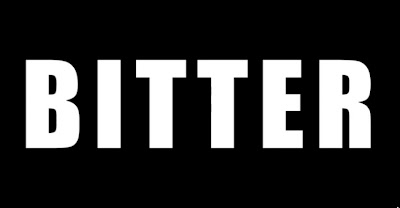 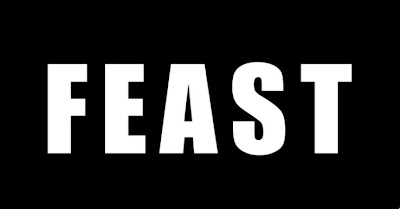 If there's one thing I can say with utmost surety it's that I am awesome at watching TV shows. Well okay, who isn't? You would think that wouldn't you? But the truth is, being awesome at watching TV isn't as easy as you think it is. To use a Top Chef metaphor it's kind of like cooking an egg perfectly. Many people think they can do it, but when the pressure is on, the egg well....isn't that perfect after all. I mean how many times have I gone out to breakfast and had my sunny-side egg burned brown at the edges?
Watching TV is like an art form--which may or may not involve the ability to effortlessly slip TV show references and episode plots into day to day conversation. ALRIGHT fine you got me. I'm just using my good TV skills as a way to make myself feel better about being fat and lazy. The truth is, I don't even have cable! But I do have Comcast On Demand which doesn't allow you to do much of anything unless you subscribe to real cable. However. Bravo is one of those cool networks that lets people who have Comcast On Demand watch their shows for free. This means, that I can still enjoy my favorite reality show..Top Chef, despite not having *stupid cable.
**By stupid I mean, oh god, oh god I miss you cable TV and watching bad shows like Teen Mom and Kendra. WHY DOESN'T ANYONE ELSE AGREE WITH ME THAT KENDRA IS LIKE A REAL PERSON? 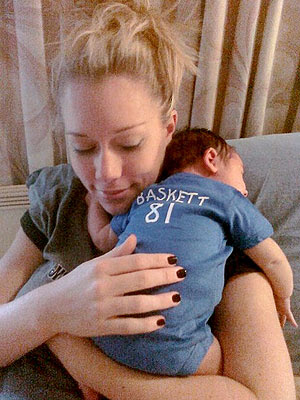 Ahem.
Top Chef is the bees knees. I remember when I first started watching it sometime back in Season 2, I instantly hated it because it was trying to be too much like Project Runway. Little did we know, Project Runway would someday be turned over to the not-enough-drama Lifetime network and Top Chef would be Bravo's new top dog. Plus, Top Chef is awesome.

Oh right I forgot I'm supposed to be talking about movies. Well the thing is. Bitter Feast combines two of my very favorite things. Well, 3 I guess. Celebrity chefs, Horror and blogging. The film is about a super dick head celebrity chef 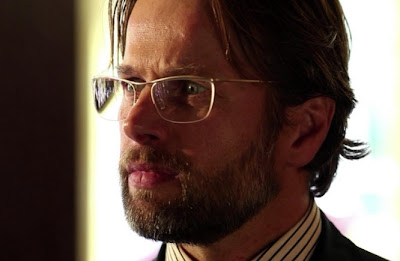 who receives a scathing review from an equally dick of a head food blogger. 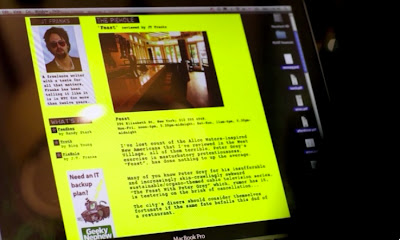 This prompts DH chef to kidnap DH blogger and torture him in various ways. I should mention DH chef has other problems that set him off besides the whole getting a bad review thing. Oh and DH blogger's kid died from cancer. Which is why he's a DH.
I remember reading about Bitter Feast and being really excited about it. It's like a horror movie for people addicted to Top Chef and the Food Network I thought--and YES it mostly is. The only problem it runs into is that it's a bit dragging. However, it does bring some zesty originality into the plot as far as food is concerned. And by that I don't mean that DH chef forces DH blogger to eat things until he pukes (this isn't Jackass 5.6 or whatever) instead, DH chef forces DH blogger to cook a steak to medium rare perfection with his hands tied! 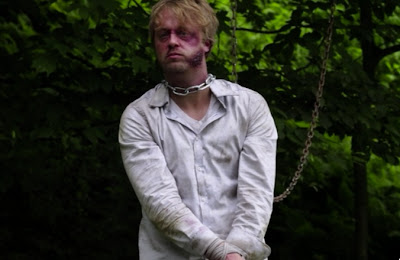 It's like Top Chef with sadomasochist undertones...and blood! Wait.....Top Chef is pretty much already like that, isn't it? 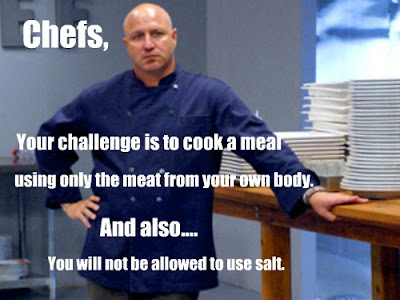 Hmmph. Well at any rate, I give Bitter Feast huge props for doing something different but for the most part I believe it mostly falls victim to that whole.....boredom thing.
It's just that there isn't a whole lot keeping me glued to the screen. The problem with having two absolute DH characters is that we don't really give a crap what happens to either of them. So while we see DH blogger get beat up and starved to death we aren't really shedding tears. The film is also an hour and 44 minutes long which is TOO LONG for a film that only has one main thing happening throughout its running time. 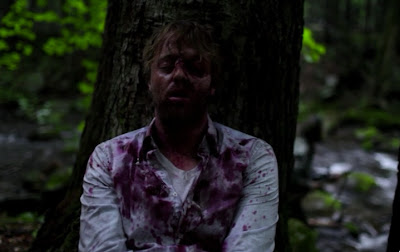 Aside from that, there just isn't enough oomph. Give me suspense, give me excitement, give me something! Sure, the acting is pretty good, the camera work is nice but what are we really holding out for here? I suppose there is the whole drawing of similarities between DH chef and DH blogger..how they're both so bitter that it's almost worth it if they both would just die. I also appreciate the significance of how they both have pretty stellar lives despite the obvious depressions. For DH chef, he may have lost his cable network show, but he has 2 houses! And one of them has an elevator that opens up into his apartment! 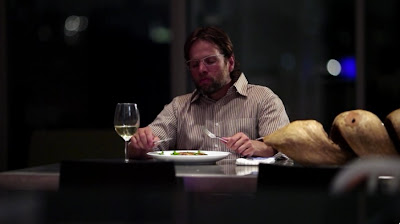 DH blogger lost his kid sure, but he still has the love of a wife who cares deeply for him despite his insane asshole levels. Both of these men are too bitter to ever realize these good things however and so they are essentially dead before the movie even begins. I'm okay with that I guess. 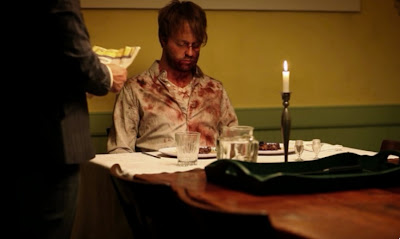 I did quite enjoy how the movie ended though and I will not spoil it because it is actually kind of unpredictable in a.....predictable way. Wow that only made sense in my head. Anyways, I didn't hate Bitter Feast but I wasn't insanely crazy about it either. It did instantly make me want to watch another episode of Anthony Bourdain's latest show the Layover though. 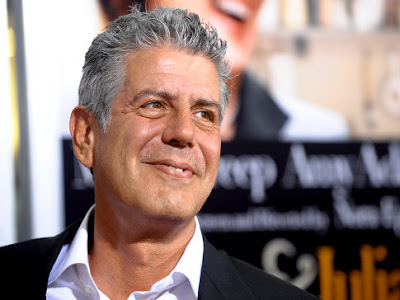 Sigh. Tony, Tony Tone. Not only are you one cool motherfucker, but you hold the same amount of distaste that I do for hipsters, burgers cooked medium and human statues. Why can't we be together? Hey, I'd settle for a friendship here.
Posted by Andre Dumas at 4:47 PM

I really enjoyed this movie for the most part, but I do agree that it wasn't as awesome as it should have been. I think what it was missing were more cooking challenges: Cooking the perfect souffle, baking the perfect chocolate chip cookie, roasting a turkey that doesn't come out super-dry.....
(P.S. Top Chef rocks!)

I like TV shows moreso than I like TV itself. TV is always busy with airing crap shows and cancelling good ones (like the Tremors tv series I'm about to review)

Seriously, I have yet to make the perfect chocolate chip cookie. What is up with that cookies? Why are so you damn hard to make?!

ha did you learn your grammar from yoda?

I liked the film, because I have wanted to hurt people when they fuck up my eggs.

Have you heard of the Pantyhose murders? I'm studying criminal psychology and was told that they are going to make a movie on this true crime event. I understand that the victims were all college girls and the killer would only target girls in short mini skirts. He would suffocate them with a pillow or plastic bag then he would remove their pantyhose to keep as a trophy. Sandra