Adding to My DVD Collection: Martyrs 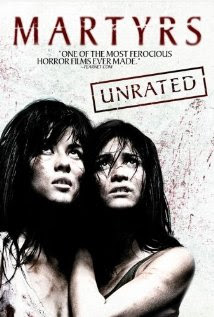 Sometimes you need to take a 3 year break before you watch a movie for the 2nd time. Martyrs is one of those films. My new goal that involved growing my DVD collection back again took its start about a month ago when I purchased Martyrs.

Martyrs is probably the film that has affected me the most since I first watched it back in 2009.  Therefore, it made perfect sense that I would choose it to be the first new film to add to my horror collection. As it so happens, although I watched it only once in 2009---the film not only shot to the top of my most disturbing movies list, it also crept into my top 3 horror films of all time list. 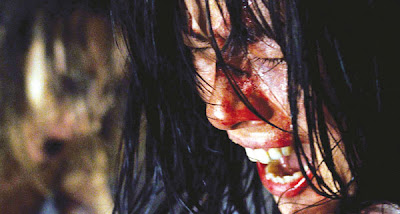 The experience of re-watching the film was a journey in and of itself. I was terribly excited to finally re-watch it, but there was also a part of me that dreaded the 2nd watch. The film if you don’t know, is extremely heavy. Filled to the brim with explosive ideas about life, religion, morality and pain—the film is almost like an entire lifetime of agony summed up in an hour and 40 minutes. It’s one of the most tiring movie watching experiences you’ll ever go through.

Yes it’s gory, and hard to stomach at times. But it’s also beautiful in its own grotesque way, sad, hopeful and insane. 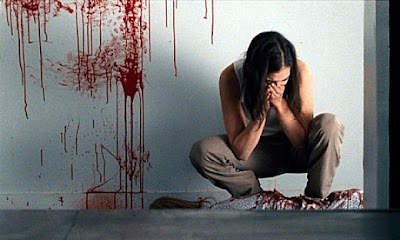 It takes twists and turns down extremely windy and dangerous roads. You’ll never anticipate where the film is going and you’ll be surprised, intrigued and perplexed by the time the credits roll. You could spend a whole year going over the film and unraveling the possibilities but I doubt you’ll ever come to a conclusion that you’ll be happy with.

There’s so many ways to interpret the film—especially the ending. People have been discussing and arguing about it ever since the film premiered. I even fight with myself about the ending on a daily basis. There I’ll be in my shower lathering up my hair and actually trying to defend both sides of the coin. It’s so frustrating! Now after my 2nd watching I am more lost than ever. I went into it with a very clear idea of what I thought and now I come out of it with shaken view points on the afterlife. 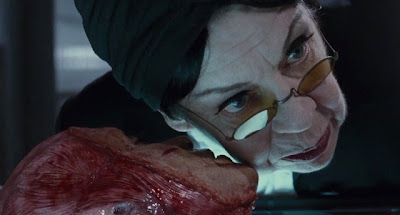 God damnit Martyrs. You’re so damn complex. Suffice to say—I am 100% pleased that I made this my first movie purchase. I may just watch it again in another 3 years and then cry a little thanks to the probably new set of questions and concerns I’ll have.

Plus, I still haven’t given up on making my Halloween costume be Lucie with a shotgun. 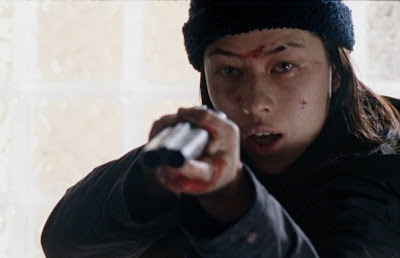 What’s not to love? It’s warm, casual and I get to play with fake blood. Hooray!

Not sure when it's out, but Pascal has a new film in English call The Tall Man.
Martyrs is amazing. The French really do have such great horror films lately. I'm pissed as Hell they fired Pascal from working on the Hellraiser remake. First they had the Inside guys write a script, then I think he was set to direct the remake, but he bailed. Very upset; Pascal would make a brilliant Hellraiser flick!

I still haven't seen Martyrs again since that first experience a few years ago. Now I'm wondering what a second helping would taste like, myself. I think the initial shock would be lost - because there's nothing like seeing this movie unfold for the first time - but I would love to watch it again just to ponder its messages and admire its beauty.

Martyrs is my favorite horror film. I only saw the dubbed version, but I bought the DVD and I'm going to watch it with the subtitles.

I've heard so much about this film. Not spoilers as such, just about how heavy and relentless it is. I suppose I'm less of a gore hound these days, and it's been a while since I've sat down and watched such an intense, perhaps draining film. You know, something that's not just a film, but more of an experience. Something that creeps into your head and lingers there for a couple of days.

Especially if there's beauty to be found. A message to dissect and study and still leave you scratching your head.

Actually, why am I still typing? You've really put me in the mood for watching this.

@SpookySean: I'd sell various members of my family to get hold of the scripts or treatments Laugier and the INSIDE guys wrote for HELLRAISER.

Apparently both were fired from the project because their concepts were so extreme. Which is EXACTLY what it needs to be.

I heard some horrifying rumours that Dimension (where good horror goes to die) wanted a PG-13 HELLRAISER with a bunch of teenagers summoning Pinhead through a seance.

And yeah, MARTYRS is the shit. But I think I still prefer INSIDE for the sheer simplicity and ferocity of it.

I wasn't overwhelmed by Martyrs the first time I saw it, but I rewatched it one year later and couldn't believe how much harder it hit me the second time. I think you really see more sadness in it. On the first viewing, you're just trying to guess what's coming next-home invasion! ghost! scary old people!--and as a result, it's hard to let everything else sink in. Once you know what's coming and sit back to experience what else is going on, it's SO much more effective.

I found there is no beauty(artistic at least) or any kind of "message" to this movie its like trying to find meaning in a saw movie, andrea got me all hyped up for it and the film turned out kinda boring and didnt really shock me like i was hoping to be i guess.It made me wanna watch a good feel bad horror movie like the original omen or something anyway maybe i will check out INSIDE its been at #127 on my netflix for like 2 years

It could of course be argued that MARTYRS represents the greatest contradiction in the entire history of cinema, in that it is indeed an astonishing masterwork of the highest order and calibre and yet it is also simultaneously the most loathsome and hideous abomination ever created with-in the medium of the moving image.