It took me the better part of 10 years to watch 2001 the whole way through. Every time I tried to vocalize to someone what made me stop watching it I would seize up with an indescribable knot of dread and worry. Apparently something so awful had caused my brain to malfunction every time I tried to watch it and eventually rendered me incapable of articulating why I couldn't watch it all the way through. What was this demonic force?

Well, on Sunday November the 1st 2015, taking full advantage of Daylight Savings Time, I decided to put the film to bed once and for all. And within minutes I knew exactly what that demonic force was.


What the fuuuuck these things are the worst. I now remember it as clear as day. Frickin apes, doing ape things...who look basically like normal apes for a little while and then all of a sudden... oh hell no hell NOOOOOOOOOOOO! This face happens and then everything is ruined.

The ape scene lasts about 25 minutes which perfectly explains why I could never get very far in watching this. Luckily now that I'm like old and stuff... :/  I can look past the apes (or play games on my phone while I wait for them to go away).

Looking back now after having watched the entirety of the film though, I think it's safe to say that the actual root of my inability to watch it all the way through was that I was not prepared for its epic silence. Talking is not a thing that happens for awhile and then later talking stops again and again and then there's a psychedelic trip and a weird baby in a bubble and my head explodes. The film takes that silence and thrives on it. It also uses music to push your buttons to extreme places.

Every time the monolith came on screen and that chorus of what I suppose was created by a group of possessed monks filled my ears, I wanted to crawl under the sofa and die a little. It's so jarring and upsetting. And sure, we might not know what the hell is happening most of the time, but damn it again, 2001 is simply just beautiful. 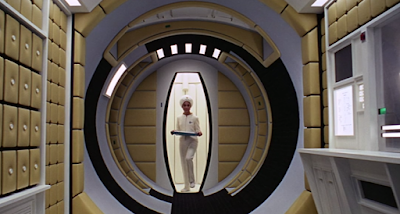 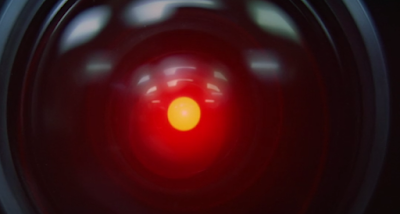 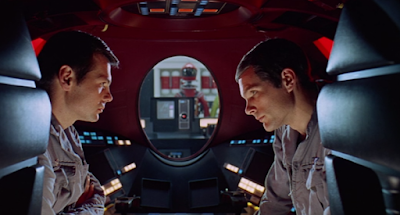