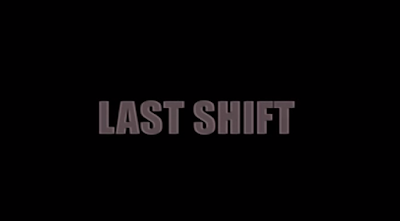 Well. And then that happened.


That's what I've managed to come up with after staring at my computer screen for 20 minutes after Last Shift ended. It's not that I'm in awe by what I just saw but more like ummm what the fuck just happened? Also I need to change my underwear. Also seriously what just happened? Oh right THAT.

Hot tip: If you're not into shitting your pants every 5 seconds, maybe stay away from this one.

Last Shift is about a rookie cop whose very first assignment is to sit in a vacated police station all night and wait for some hazmat guys to arrive--who in typical fashion give a time window of soon-never. Pretty soon, she starts realizing that her first assignment pretty much sucks. A lot. 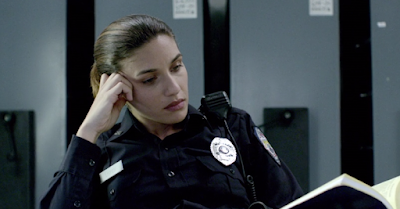 Alright so let's start by saying that half of this movie is pretty brilliant. It's set up in a way that really makes you (or at least me) appreciate the intelligence of the story choice. The key to making a great scary movie on a low budget is the concept. Abandoned police station means that you can basically just use an empty office building and boom you have your creepy atmosphere. Who needs props, when everything is supposed to be gone? See? genius. Secondly, it truly again utilizes the less is more tactic by injecting some very decent scares pretty early on. Simple things that we see time and time again somehow come off feeling like new. How did they do it? I'm not sure. But then again I'm still not really sure how airplanes work so maybe I'm not the best person to ask.

The point is---there is a lot of good happening in this...at least for a long while. Creepy phone calls, haywire lights, suspicious shoeless homeless men (also the name of my new band), and inklings of some Manson like clan people whose souls haven't been put to rest. What more can one ask for? The whole first half of the movie is infact both a lot of fun and insanely terrifying. There are a lot of dark doorways that have the ability to make one very uneasy. 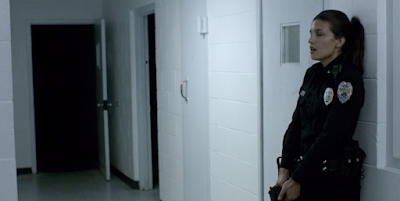 And sure--music cues provide jump scares now and again, but it's done fairly smartly and doesn't use up all its cliches at once which I respect. 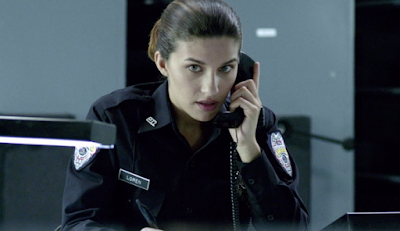 Now I would liken this movie to a pot of boiling milk. In the beginning, the heat is fairly low yet constant. The heat is good and we need it. Then you look away for a minute and all of a sudden the milk is out of control and boiling all over your stove probably causing a fire. All this seems to happen when there is about 30 minutes left in the movie. It's like the volume gets turned up to 1,000 and there's all these like bloody faced people in your face, and some guy's got pointy devil teeth and he just keeps popping up and yelling at you...dead Dad's are phoning you and then there's all these hooligans running around and you're like what the fuck is happeninggggg my head ahhhhh. It feels like you're in a really really mean haunted house--where your heart just never gets to recover. But also it's not very fun because you're like...OK I GET IT YOU ARE SCARY JESUS CHRIST I JUST WANT TO DRINK MY HOT APPLE CIDER IN PEACE YOU ASSHOLE. You know? 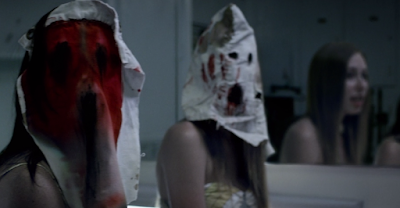 I guess ultimately this movie is still fun. If you want to have some fun with your friends and scream and then laugh then yes watch this right away. I did maybe mute the sound at a couple points throughout and I'm probably going to suffer the unfortunate consequence of punching anyone who decides to whisper around me anytime soon but hey that's life. There are enough good things happening to mostly remove that last part--and keep in mind that could just be me. Maybe I've got it all wrong and the last half of the movie IS awesome and genius--I currently own about 5 different kinds of slipper socks in the pattern of various animals so I'm really the wrong person to be asking. Watch it for yourself and decide. Don't forget to bring an extra change of underwear along just in case. 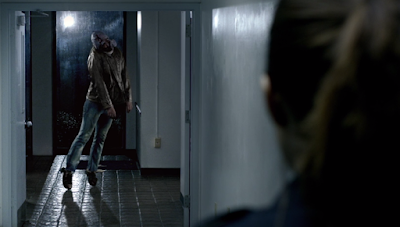