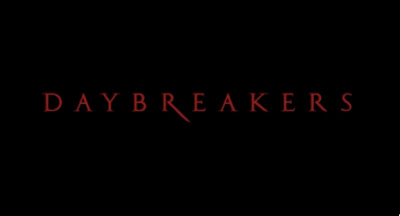 I feel like it's been ages since my last vampire film. But you know what? It hasn't. Not really, anyways. Maybe I've just been so dependent on disturbing films and Asian films lately that I've completely forgotten about the existence of other horror movies. Or maybe I just can't admit that William Dafoe makes me nervous and slightly giddy at the same time?
I remember when Daybreakers came out and after reading people's thoughts I immediately decided that when it came out on video I would need to see it. For some reason, I completely forgot about that necessity until noticing that it had become available to watch instantly. I also must point out that my memory only gets worse the further we progress into winter. If it's not better by the time Spring rolls around, consider the possibility of me getting a very early case of Alzheimer's or maybe even Dementia.

So Daybreakers. I'm not sure but I think I like you. I kind of really dug that futuristic, Minority Report/ Gattaca thing it had going on. I don't love everything about it but I will say that it's one of those movies that I just find really neat. It's a different idea and one that I am willing to bet we've all thought about at some point when dealing with the vampire genre. What if, the population was ruled by vampires? What would happen if one day the humans died out and there was no blood to sustain the vampires? Crazy shit. That's what would happen. 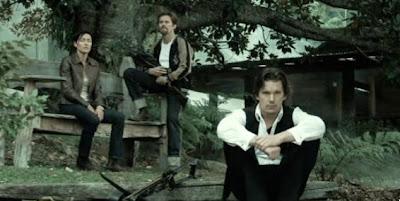 Apparently, when a vampire goes for too long without human blood they turn into this. 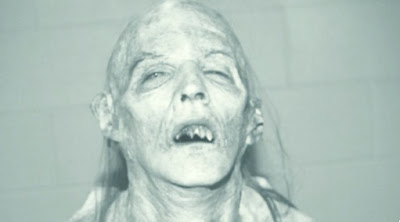 A really ugly, vomitous version of a scaly bat plus, they get all mean and scary. Human sympathizer Edward Dalton however is on a mission to find a blood substitute before all of Earth's population turns into scary bat people.

There's more to the plot of course but that is the general gist. Basically, the big corporations and pharmaceutical companies are all for harvesting humans for the blood and making as much money as they can off it. Sound familiar? Daybreakers is surely a metaphor for any big companies being a dickhead scenario you can think of. Most notably, many believe it to draw similarities to capitalism. Personally, I like to enjoy Daybreakers just for the film it is--is that so wrong? The bottom line is that there's a lot of "neat" going on here and even the CGI can't bring that neatness down.
First off--Ethan Hawke! 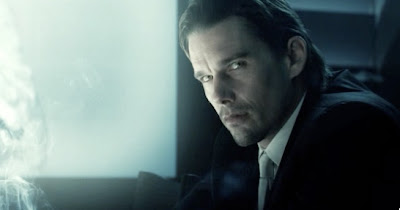 I swear just the other day someone asked me where Ethan Hawke was and I had no answer. The man doesn't return my phone calls how am I supposed to know? I had no idea he was in Daybreakers though. Or maybe I had known at some point but mischievously chose to ignore it, who knows. To be quite honest there has never really been anything about Ethan Hawke that has excited me. He's kind of just always there. He's the character we never really like, but we don't hate him either. He remains neutral in our minds forever. Then there's also William Dafoe who plays a vampire cured by sunlight. Ooooh William Dafoe. I don't know what to think about you. I'm guessing I'm supposed to like him because he's all badass and looks glorious holding a crossbow 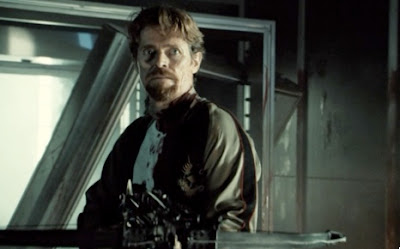 and blah blah blah ejaculated blood one time---but I don't know. Doesn't he scare anybody else? Am I alone in the world of William Dafoe fear?
And let us not forget about Sam Neil who I continue to confuse with Michael Ironside AND Hugo Weaving. I can recognize them when looking at pictures of course but when I try to sort who's in what movie....that's when things start getting fuzzy. Let's see...Michael Ironside was in Scanners, Sam Neil, Event Horizon and Hugo Weaving was in Babe the Gallant Pig? 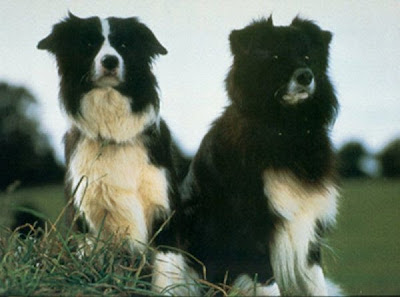 That can't be right....hmmm no no it's definitely right. How strange.
Ah well, back to Daybreakers. Like I said, the CGI is rather bothersome but it's not a deal breaker.

In a strange way some of it fits with the overall imagery. The futuristic blues and greens, the cars with neato vampire cameras and extra high security in houses. It's like we expect the blood to look futuristic too. Alright well I admit that's shitty reasoning, but I truly feel this is a rare case where the story line is capable of balancing the CGI out.
I'd consider Daybreakers less of a horror movie and more of an action thriller though. There were some scary moments, notably with the scary bat vampires but other than that, it was a lot of crossbows and gun shots. I enjoyed the desperation put on display here especially that opening moment of the young vampire girl who writes a suicide note and then goes outside to be baked. 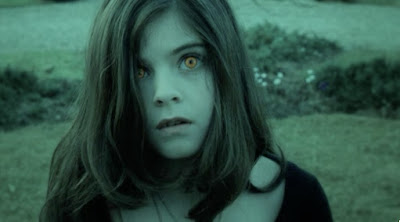 It reminds me oh so wonderfully of Martin--and my ranting and raving about how closely connected vampirism and depression is. It would really, really suck to be stuck in puberty wouldn't it?
Aside from this, there's also the desperation surrounding the supply of blood. The mob scenes, the dangers for humans. I simply loved how everything was all vampiric in the "future". Convience stores selling blood, 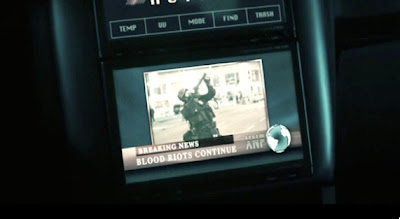 It was all just again so neat.
The film did kind of lose me towards the end however. Things got a little too chaotic and crazy to withstand normal movie watching for me and the second cure seemed a little too convenient to just stumble upon. The ending seemed to leave so many questions unanswered and I began relentlessly wondering if this little plan would work out. 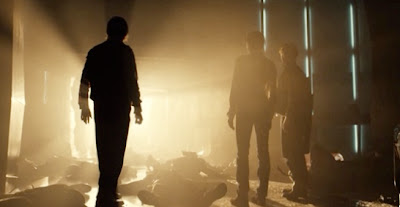 I also found the other human characters to be completely useless--mostly because, they were. I'm not a huge fan of introducing characters one of our main character's is suppose to be really close with--killing them, and then having no one really care. This happened twice in Daybreakers and while granted what's her face probably wasn't best buddies for life with these people--it was still kind of pointless.
For a good example of doing this see Star Wars and Luke's short but sweet and ultimately sad reunion with Biggs. 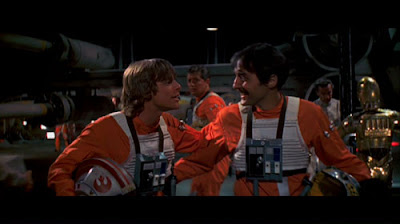 In any case, Daybreakers was still the perfect kind of film to enjoy on a rainy Monday afternoon. It entertained me and really---isn't that what we crave most? And P.S. how amazing was that test subject scene? I believe I remember people talking about this scene but I had honestly forgotten all about it. It's like two giant balls of unexpectedness coming at YO FACE!

Literally. Maybe that was just the scene I needed to rid myself of my fear of vomit?
Posted by Andre Dumas at 5:55 PM

I really enjoyed this movie despite its flaws. And good call on the background humans. They really did feel like cannon fodder, and hardly fitting as the last batch of mankind roaming the Earth.

Sam Neil is just a fantastic genre actor and I wish he'd do more stuff--or at least more stuff that I watch.

Ethan Hawke will only matter in three years when he does Linklater's next BEFORE... film.