I've been getting all unnaturally testy and snappy lately and it's been driving me nuts. I think it's because I cut snacking out of my daily routine. Or maybe it's because I bruised my tail bone two weeks ago and I'm afraid I'll need to buy one of those hemorrhoid donut seats. OR maybe it's because I'm being slowly driven mad by the endless amount of times I have to hear someone say, "I really dug Black Swan because it reminded me so much of Suspiria." or, "Black Swan is so much like Suspiria".... It's not. Not really anyway. Well maybe I should rephrase that. As someone who is a strong supporter of both movies, ballet and Vincent Cassell--I think it is best if we dissect their differences rather than talk about what makes them similar.

The catalyst for this post was of course the over abundance of that TV spot that used the delightfully creepy Goblin music to score the Black Swan trailer.

People oohed and aahed with cries of how neat it was, and how fitting it was. I don't really hold any objections to scoring trailers with music from a different film--in fact, I think it's neat. But what this TV spot has done, is remind me of how people we are so quick to point the, "Isn't this a little too much like Suspiria?" finger when Black Swan came out. And even still, after people saw Black Swan, there was still this aggravating immediate comparison going on. I will not disagree with anyone who feels the two films are similar, in fact I had a very interesting Twitter debate about how they can be seen as similar films. Mostly my main beef here is with how people jump so quickly to make comparisons before really examining the films in question.


In my opinion, Black Swan barely resembles Suspiria at all. The only thing the two films really have in common is ballet--and it mostly stops there. In fact, one could even say that Suspiria is hardly about the ballet at all. We see the students dance in what, one scene? 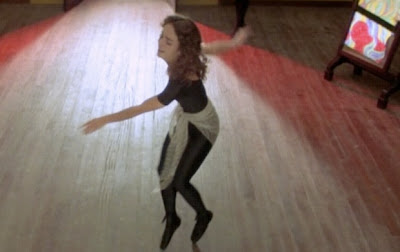 
Suspiria is about mostly about the witches. Witches that have been using the ballet school as a front for centuries. There is nothing hidden about this aspect. There is no psychological element that would suggest otherwise. Suzy is not delusional, she is not at war with her inner demons and there is nothing that suggests that ballet is really the starring aspect in her life. Suspiria's main drive is solving a mystery about the existence of the witches and their existence in the school. 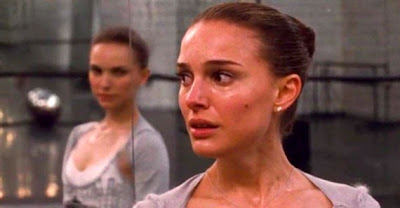 Hopefully it should come as no surprise to you that Suspiria remains as my favorite horror movie--ever. It may come as a surprise to you however that I insanely loved Black Swan and that it will be claiming a spot on my ultimate list of disturbing films. Although it is somewhat unexplainable to me right now, Black Swan enters this whole other realm for me. It truly disturbed me because it made me feel almost physically shaken after exiting the theater. That portrayal of madness and that feeling of being consistently on edge took a while to leave my body. Even trying to get to sleep that night was a challenge because Nina's intensity still felt like it was coursing through my veins. 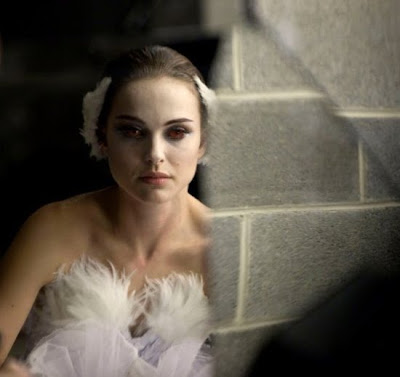 Suspiria however, is still the most beautiful film I have ever seen. Black Swan, although brilliant, does not approach beauty in the same way, however much we want to think otherwise. Yes, the emergence of the Black Swan at the end is beautiful but Suspiria is BEAUTIFUL. It's horribly beautiful in its literal display of bright colors and blood. It doesn't necessarily thrive on performances the way that Black Swan does, nor does it thrive on the transformation of them.


When we rashly compare two films because of similar topics it almost feels like we are discrediting the individual elements of each film. Think about the idea of comparing Requiem for a Dream and Trainspotting? They both carry with them ideas about drug abuse and ideas about how an individual meets and and handles their addiction. But they ultimately end up on different wave lengths, because they choose to tell their stories in very different ways. 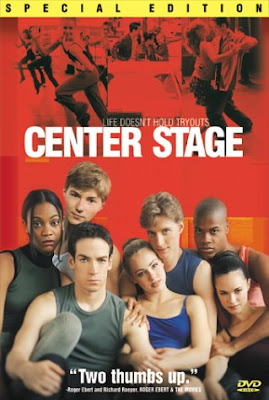 I guarantee you will find much more similarities between them. In fact, as a closeted lover of Center Stage, I couldn't help but chuckle at how alike those films really are. Maybe someday I will do a post proving just that. Or maybe someone has already made a Youtube video about it. 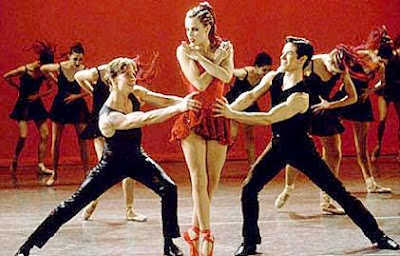 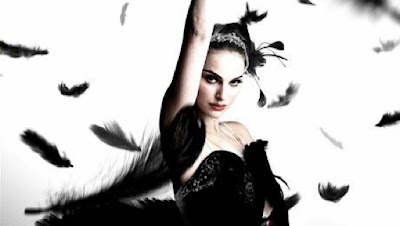 Bottom line is that these are two great films who each deserve their own identity and their own spotlight. Do not do them the great disservice of combining them into one.
Posted by Andre Dumas at 9:06 PM

I never really saw a connection between Black Swan and Suspiria, what I saw was how much Black Swan rips off Repulsion and The Machinist. Don't get me wrong, I still called Black Swan one of 2010's best movies, it just bothers me so many people think it's genius but have never even heard of the other two.

Wait, but they both involve ballet. Are you telling me they're not the same?

I agree 100% with you. And also, I will almost always defend Center Stage as being a decent and earnest ballet film (that had one scene filmed in the theater at my college, so that always gave it bonus points).

I do have to ask, despite the whole 'not every ballet film is the same!', have you seen The Red Shoes? NOT similar to either film, but I would argue it's way more beautiful than almost anything, including Suspiria!

JP-Having just seen Repulsion recently I don't think Black Swan rips it off very much at all. That is again kind of a similar thing. They both happen to feature a women who is spiraling into a sort of madness--but that's just a notable theme. Films have done it before Repulsion too. I think Black Swan is extremely unique with what it did especially in regards to how it uses the ballet and its music. I love any film with a really great psychological depiction though--so maybe I'm just biased ; )

ESPECIALLY Repulsion though which I just reviewed and raved on and on about!

Emily-Ahhh I can't believe we have never bonded over our Center Stage adoration! I think someone should sync the center stage trailer with Black Swan music. I mean sometimes I swear they just took shots of people prepping their pointe shoes from Center Stage and used it in Black Swan.

And funny thing about the Red Shoes is that I've seen about 5 different parts of it as whenever it is on TV I turn it on. I really need to see all of it at one time. Gah!

Truth. Also, the trailer for the new Jane Eyre movie samples the Suspiria soundtrack too, so I say we start comparing it to Black Swan to combat these comparisons. It just might work.

What! Jane Eyre? What in the hey is going on here? You're right we should do that. NOW.

Hello, the film just came out in France, and i'm like you, still shaken physically by the film, but no one in france pointed the probable reference of suspiria, i checked on internet, and now i see on your website that there's a whole trailer using the goblins music, ha ha ha. well, it's a good thing for goblins, i had the soundtrack tape, it took years before i could get the cd :-), they really deserve to be rediscovered. i wish it was the same for tangerine dream's soundtrack of Kathryn Bigelow Near Dark.
But anyway, for me black swan was so much more subtle than this kind oscar teaser, but hey, marketing... So i'm like you i think the films are very different, but mirrors.. dancing...poison...thriller...mysterious soundtrack (the sound of the swan wings when she dances really put me in another dimension)...i'm glad the director got inspired by argento best film, by the red shoes, and that he created his own masterpiece, not stealing from any of them, but learning.
In the french critics they loved talking about schyzophrenia, wanting to put some clinic names to the character for a film that is so much more interesting, beeing able to go back to the genius of older director like powell, argento, or minelli, carry us away, mingling emotions and reflexions, it is a crual fable like Andersen's tale,. I love good endings, but i just knew it had to end tragically. And my god this transformation scene, i'm still haunted, and will never forget it.
Great site.
Saltuations from france

Wow Anais thanks for stopping by! I was just telling my friend the other day how awesome France is (For a variety of reasons but mostly because the culture allows for a sucessful actor like Vincent Cassel to star in a movie like Irreversible and not black list him like we in the US would probably do).

Glad you enjoyed Black Swan and I agree about the annoyance of people always wanting to pin a mental illness on something like this. Yes she probably does have a mental illness but it's not what the film is about.

And I agree about the swan wings sound (!!) it took my breath away..like physically I forgot to breathe in that moment.

Honestly, I think these two films are closer...(You have to see this!!!)

actually Black Swan reminds me so much of Perfect Blue...of course perfect blue is an anime and the main character is a singer/actress but the mental break down and pressure to be perfect is all there