My name is Marshall Teller. Not too long ago, I was living in New Jersey, just across the river from New York City. It was crowded, polluted, and full of crime. I loved it. But my parents wanted a better life for my sister and me. So we moved to a place so wholesome, so squeaky clean, you could only find it on TV. Unfortunately, nothing could be further from the truth. Sure, my new hometown looks normal enough, but look again. What's wrong with this picture? The American Dream come true, right? Wrong. Nobody believes me, but this is the center of weirdness for the entire planet: Eerie, Indiana. My home, sweet home. Still don't believe me? You will. 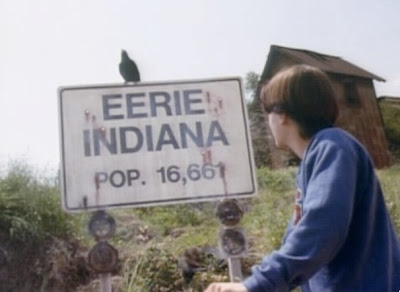 When people think of horror-ish TV for kids, they usually recall Are You Afraid of the Dark or Goosebumps. One of my personal favorites however has always been the short lived show Eerie Indiana, starring Omri Katz (Hocus Pocus) as Marshall Teller. A show created by Jose Rivera and notable for its creative consultant--Joe Dante. What was special about Eerie, Indiana, was that it was heavily influenced by The Twilight Zone. 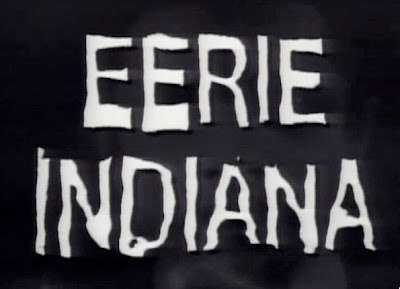 In addition to that, the opening credits featured a wide range of classic horror that would make any horror fan giddy. Shots of Bela Lugosi and Nosferatu, populate the Twilight Zone style credits. These are things, I never noticed as a kid but now they make me happier than ever.
Today while browsing what Netflix Instant watch had to offer I stumbled upon Eerie, Indiana and was overjoyed. The show was briefly in syndication from 1997-98 but that was last I had seen it. Ever since then I've been thinking about the show and a few of the episodes that stick out in my mind most.
As the intro so wonderfully explains, Marshall Teller has recently moved to Eerie, Indiana with his family. While here, he notices some strange happenings. He collects evidence that he locks in his cabinet hoping to one day inform the world of the central spot of weirdness known as Eerie, Indiana. 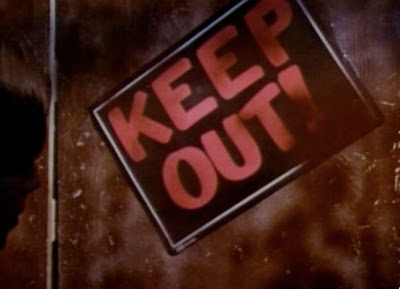 Marshall encounters a wide range of weird including Bigfoot, Elvis and super intelligent dogs planning to take over the neighborhood. What people will probably most remember however is the pilot episode, Foreverware.
Having recently moved to the neighborhood, Marshall's mother is one day greeted by Mrs. Wilson, a strange woman seemingly stuck in the early 1960s. 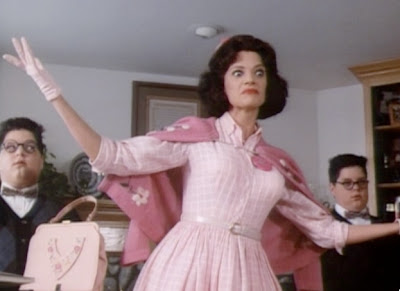 Mrs. Wilson sells a brand of Tupperware called Foreverware, guaranteed to keep anything fresh....forever. To prove her point she presents Marshall's mom with a baloney sandwich packaged in Foreverware back in 1974. 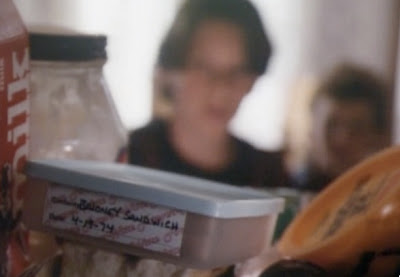 Upon exiting the Teller house, the two rotund twin boys present Marshall with a note bearing the words, "Yearbook 1964". 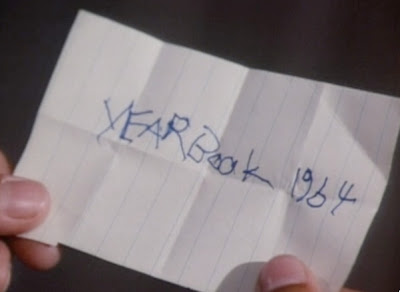 Curious to know what the note is about, Marshall and his sidekick Simon bust out the 1964 yearbook. Here they find a picture of the twin boys, looking exactly as they do now. 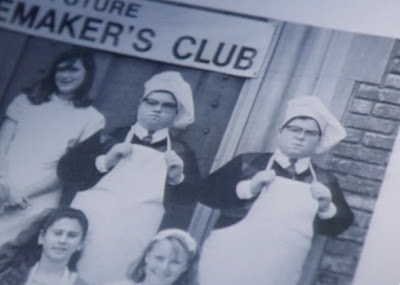 Doing some math they figure that that would make the twins 30 years old...but how have they been stuck in the 7th grade for 30 years?
Suspecting that Mrs. Wilson and Foreverware may have something to do with it, Marshall sneaks into the boys house to spy on their nighttime routine. What he finds horrifies him. Mrs. Wilson tucks her twin boys into giant sized Foreverware beds! 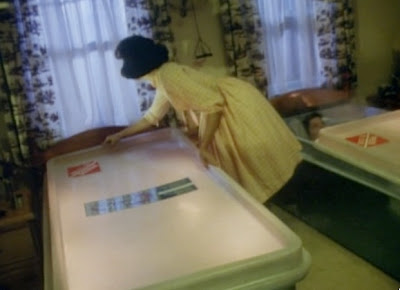 No doubt keeping them fresh for eternity as long as they are vacuumed sealed each and every single night.
Realizing that his mother's aging process may be in Jeopardy, Marshall immediately decides to take matters into his own hands. While the neighborhood women are at a Foreverware party (Marshall's mother included), Marshall sneaks upstairs. The twin boys find him and ask for his help. Being stuck in the 7th grade is apparently no fun and they want to grow up. After agreeing, Marshall busts into the house at night, freeing the twins from their Foreverware trap. Thanking Marshall, the boys proceed in to their mother's room, presumably to unfreshen her as well. 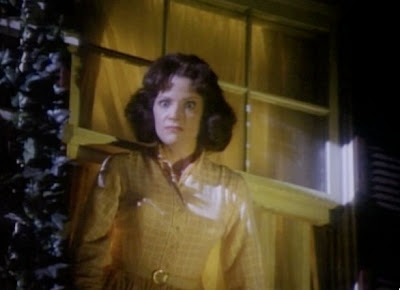 The next day, Marshall and his mother go to the Wilson's to cancel her order of Foreverware. Here they find two 30 year old twins hammering in a For Sale sign 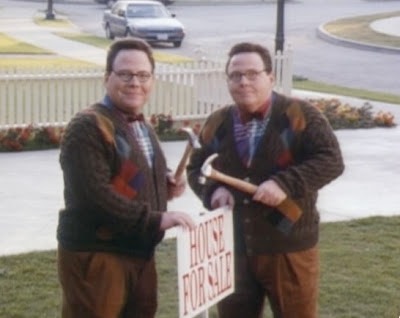 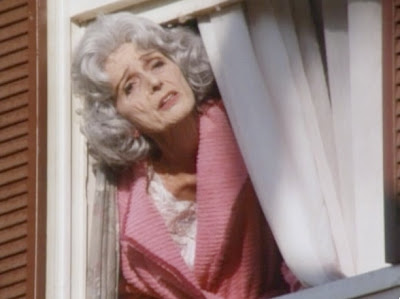 With the seal of Foreverware broken, Marshall rests assured knowing that his Mother and his family will age regularly--and locks up the evidence in his cabinet.
God, I love this episode. And I love this show. If you haven't ever seen Eerie, Indiana, do yourself a favor and check it out. It's not as nightmarish as Are You Afraid of the Dark, but horror fans can find more than enough to be excited about--and it's quirky as hell. I look forward to reconnecting with my childhood as I delve deeper into Eerie, Indiana. And also, Omri Katz's un-pubertized voice is hilarious. Yes I made that word up and yes it is amazing.
Posted by Andre Dumas at 10:00 AM

Eerie Indiana was cool but I felt it to be too quirky for me. I wanted more horror and less sci-fi. Although I think there was an episode with giant ants that I loved. I still remember the intro to show that I would always sing to on Fox Kids.

Oh my shi, I remember this! The Tupperware beds were amazing!

Ok, I must rekindle my love for this show.

First of all, you're awesome. Second of all, I freakin' loved Eerie, Indiana as a kid. My buddy Jimmy Retro and I would meet up the next day and discuss the previous night's episode. I remember an episode where they travel through the back of the drier in search of a lost sock, and end up in a hidden world of lost things that I was particularly fond of. Sound familiar?