Battle Royale: Life is a Game 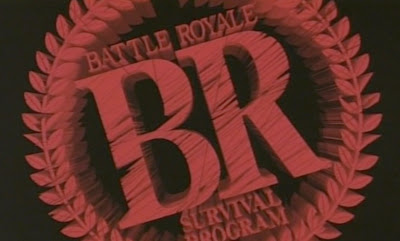 Halfway through Battle Royale I remembered something powerful that was said to me when I was in ninth grade. The day after September 11th, our English teacher was noticeably upset (obviously) but for a somewhat different reason than I had anticipated. She had tears in eyes as she exclaimed how upset she was that we would not be getting the opportunities that we deserved. The world was going to change. I didn't know it at the time---but she was right.
I'm not sure if Battle Royale is suppose to mean as much as it did to me--but somehow I found myself on the verge of tears at its end. I found myself recalling those words that my teacher spoke on that gloomy Wednesday morning and connecting it to my current frustrations with the economy, my future and my hopes and dreams. Somewhere in my life I had become an adult and I had entered the arena to partake in the Battle Royale, only instead of a deserted island the battle took place in the job market. Kill or be killed, apply to 100 jobs in a week and hear back from none. Every day I live on this verge of desperation where I too feel like tomorrow is the day my collar will go off. How can I be the person I want to be when I can't even afford to pay my rent? 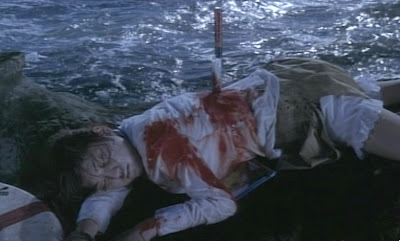 Battle Royale is another film that I knew barely anything about before watching it. Again, this seemed to work in my favor. As a class goes on its school trip, they are gassed, kidnapped and brought to a deserted island. Here they find that their former teacher and the government are holding them there so that they can partake in Battle Royale, a game created by the Millennium Educational Reform Act. They are given instructions that they will have 3 days to kill each other until only one student remains. If after 3 days has passed and there is not a winner--the collars around their necks well detonate, killing them all.
What follows is a bloody battle stretched out across the better part of 2 hours. It's jam packed with the kind of violence and action that should make you excited and entertained and yet for some reason it doesn't. Or I should say it didn't entertain me in that way--Ms. Depressed and on a new job hunt. Perhaps it was entertaining but I couldn't help but feel sad at the state of the world in this quite dystopian view of Japan. 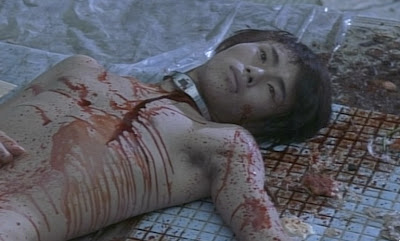 For one thing, the violence is surprisingly realistic and gritty. It's a move away from the almost cartoonish aspect of most Japanese action/gore films. There was something about it that felt humbling and left me cold. Kids killing kids because they are told they have to. I don't know it just really....seemed to frighten me. There are moments where we get snippets of each killed student's life and it was such an odd sense of awareness. Almost like in war--you read all these names of soldiers that have died and they're really just names and faces-- but then you stop and think that each and every single one of them has a story, and has a life. 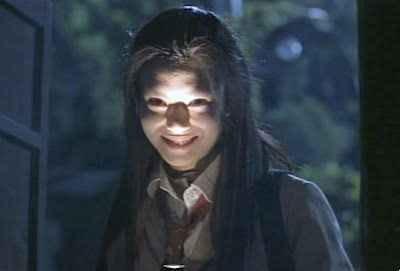 The film is beautiful in this way--or horribly beautiful as I like to put it. The entirety of the film is scored with a mix of classical songs and original ones done by the Philharmonic Orchestra and it makes so much of the film unbelievably beautiful and powerful. It offered up this perfect gentleness against the violence and kind of set all the death and murder up like it was an opera or a ballet. It was even a subtle reminder that art still remains in the face of destruction. 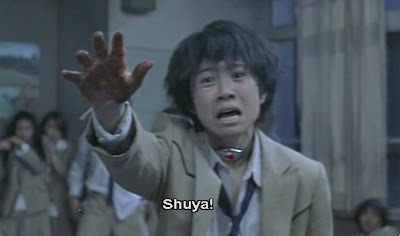 The film is long at 2 hours which in most cases would mean the kiss of death for me. Here however I was completely lost in the film and again this is most likely because I was relating to it on an unsuspecting level that I did not anticipate. How on earth could I anticipate that I would be able to relate to a bunch of Japanese kids being forced to kill one another on a deserted island?! But I did and the film moved me man.....it fucking moved me. The whole concept of growing up and growing into an adult has never been so oddly and perfectly explained to me as it was in Battle Royale. The last bit of the film especially had me trying desperately to hold back some sort of embarrassment in the form of inspirational tears (whatever that means).
"We've got no choice but to keep moving forward. No matter how far, run for all you're worth. Run!"
Our last two characters here become adults themselves, literally one says goodbye to their parents and moves on. It reminds me of that feeling that everybody talks about--that moment when you return to your childhood home and suddenly realize that it's not your home anymore.
Battle Royale is an amazing film--whether you chose to accept it on the level I did, or just take it for its entertainment value. It has levels of depth but it also has laughs. It's one of those movies that almost becomes to difficult to talk about because it is in a way scary to think about. The questions brought up and the implications of the themes and what it all means will probably keep me up tonight. Still though, I will love it and I will continue to talk about it and recommend it until my face falls off. Hopefully when I'm old I can talk about it to my grandkids and they'll be all like "but grandma what is a movie?" And I'll cry but then tell them about this very special film, that involves Japanese kids killing each other and how it made me cry with remorse. 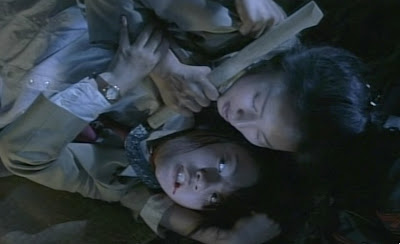 If life is like a game, and the object is to survive---then it is true the only place we can move is forward. So we may not be in the best economic situation, but someday (hopefully) it will get better. Some day, I'll find myself off of that island and running to move forward and to begin a new part of my life. Someday.
Posted by Andre Dumas at 9:22 PM

Now you've gone and made me want to see it again.

It was unlike anything I'd seen before it.

A great look back at it, Andre!

I enjoyed this movie, though I had to take it as a satire of "omigod the kids these days are gonna kill us" kind of thinking that the media of many countries always get into.

Sucks about the job. Good luck.

Unfortunately, I still have not seen Battle Royale, but I've read the book (last month, in fact) and I really enjoyed it. It was one of those books that I couldn't put down because I wanted to know what would happen next. I've already recommended the book to my sister who recently read the Hunger Games trilogy (which is supposed to be similar in plot to BR), so we'll probably end up doing a book swap.

Anyway, reading your review reminded me of how I really need to see the movie! :D

Dod- I know my job is done when I convince Dod to watch something again! : )

Matango- A valid point as well. One of my favorite things about it is that it has many different levels of understanding. Perhaps I was just in one my sad moods. Thanks for the good luck, I do have a job but I need one that allows me to actually you know...save money.

Dorian- Thank YOU for reminding me that I have to read the book. A bunch of my friends have been on that Hunger Games kick too (didn't you know young adult books are now for everyone?) and this immediately reminded me of it. I wonder with a remake of BR coming out and a film adaption of Hunger Games--how well BR will be received.

I was just getting the urge to throw this in last week (but am waiting VERY impatiently for my bluray to get here from England)and actually posted the trailer for it on my facebook page. I LOVE how complex this movie actually is. Great to see ift still making new fans outside the "catagory 3" sub-genre.
Tony

Sounds like the movie holds up well. I read the book a while back and thought it was fantastic. Really engrossing and like an amped-up Lord of the Flies. Don't know where I'll find this one, but I'm sure I'll track it down.

Great review. Now I have to find it.

Love this movie to death and love the book about as much, if not more. You get more backstory on a lot of the characters and it's just so much more in depth (obviously) and a very fun and quick read because you won't want to put it down.

Nobody makes them quite like the Japanese. Love this movie.

There's a reason why Tarantino said he wished he had made this flick.

Why did I not discover your blog earlier... *the horror* eneweiz, back to the main point, I loved the way you reviewed the said film, I first watched it in college and back then I already thought it was good. The characters aren't made up to be perfect, but I guess that's what makes it work :) I gained a higher appreciation for it when I finally read the book. I guess you could also consider it lucky that I was also able to see a live interactive play adaptation. (although this was a bit catered to cultural biases and all)