Lightening Up Part 2: Now That Carrie's Gone, I Really Miss Her!

I'll tell ya, I've really been enjoying this little mini experiment. So far I will say that my mood has lightened considerably. Sometimes I even have a good laugh with my cats while watching some of these movies. This time around there were a few comedy/dramas mixed in. You know, movies with funny moments but then usually someone dies and things get SAD, like really sad. Steel Magnolia's sad. Don't worry though, I didn't get depressed. Anywho, in case there are any strange horror maniacs like me out there who haven't seen many comedies in the past few months, I suggest taking the comedy challenge as well. Not only will you laugh, but you'll feel more relaxed and like we discovered last time, horror is never too far from our minds--even with this added dose of comedic fun.

Unfortunately, Carrie Fisher was not able to make any cameos in these movies and I'd never thought I'd say it, but I'm really starting to miss that old broad. Thanks to many of you and your comments from the last post, I know just where to find her. Thank god. 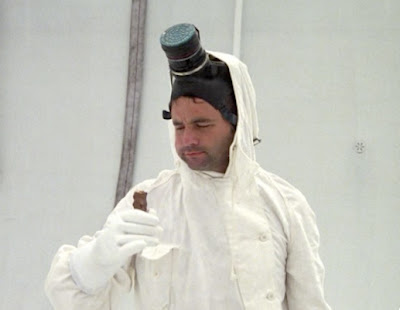 Yes, yes I know I've never seen Caddyshack, point and laugh, point and laugh. I have seen some of it but of course I only remember the doodie in the pool scene.... because poop jokes are the best! To be honest, I was worried that I wouldn't find Caddyshack very funny. That tends to happen to me with movies, although those usually involve Adam Sandler, but fear not, I had quite a few good laughs. PLUS there were boobs and a gofer, and Bill Murray's brother looked anorexic! It was a wild time. The horror shout out of course is the ever popular doodie in the pool scene, taking some music cues and camera angles from my least favorite movie in the world--JAWS. 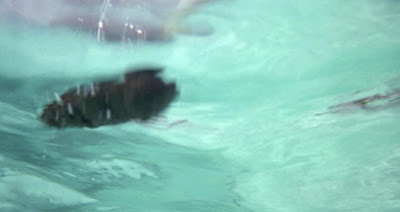 And people when I say my least favorite I mean of course that it's a really great film but due to my irrational fear of sharks on TV, it could just never work out between us. See the following post for more information.

I'll be the first person to say it, but Hugh Grant really annoys me. I think he's a bumbling fool, but everyone else I know finds him attractive, especially my Mom who is obsessed with this movie. I think I tell her every year that I've never seen it, but she always forgets. However, now that she and Emmy Doomas are in London for a while I decided watching Notting Hill would cure my loneliness and heart ache in their time of absence. Oh I almost forgot, I also hate Julia Roberts because her teeth are too big. So naturally all signs pointed to impending failure as I pressed the "play" button but luckily my sappy romantic side was in check and I liked it. I mostly attribute this to Hugh Grant's quirky British friends but whatever I liked it, so sue me. Unfortunately the horror references were staggeringly low but Hugh Grant's roommate's shirt is one that I found particularly enjoyable. 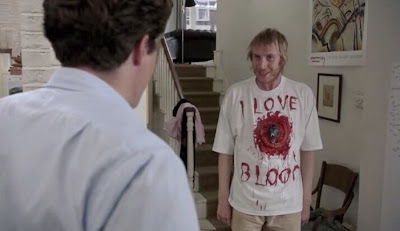 I love blood too--well only beautiful blood but still. I love it, I love it and I don't care who knows!

I love Goldie Hawn with almost every bone in my body. I love Diane Keaton too, but we'll save that for another time. I figured Private Benjamin would be sort of like Overboard- my secret favorite movie of all time and I was almost right. Women in the army are hilarious. They want to wear makeup and paint their nails and best of all--they're just really bad at physical activity. Don't you love it when a character is really bad at something and then through montages becomes better? Me too. I was surprised that Private Benjamin is only in the army for half of the film, while the other half she is surrendering over her free thought and womanhood. Ooh right that's the point, because at the end she CAN get what she actually wants. I was worried that by the time the movie finished and I had wiped off my tears of joy that I would question the presence of any real horror references. But then I remembered, that her lame French lover exclaimed that he felt like he was living with the girl from the Exorcist! And that got me thinking because I mean just what is so bad about living with Ellen Burstyn? 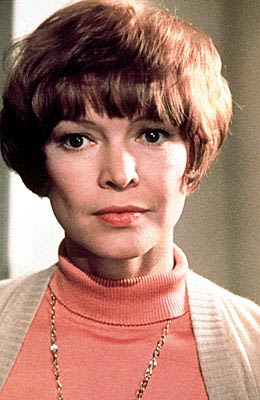 Huh? Oh right that girl from the Exorcist...... 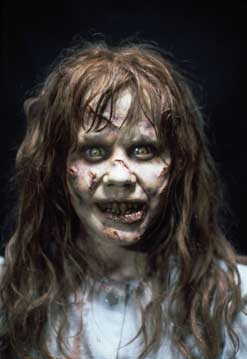 Oh and also Mrs Peacock was in this and she looked pretty scary getting a face full of blue water. Eeeeeks! 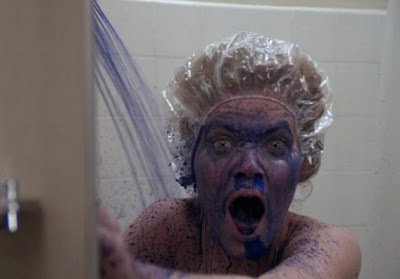 Oh shit! And I forgot Craig T. Nelson was in this as well. Poltergeist mems woot woot! This movie is just crawling with horror! 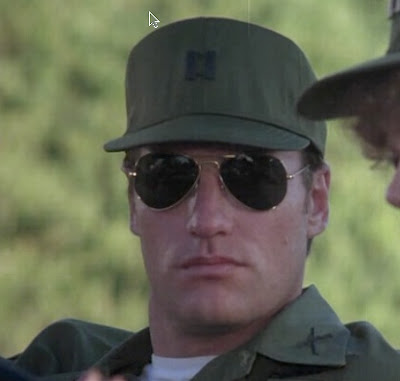 Driving Miss Daisy
I'll be honest. I only wanted to watch this because my Morgan Freeman love meter was looking on the low side. I always avoided this film because I figured it would only be about Morgan Freeman driving Miss Daisy places and who wants to watch that? But did you know that they actually form quite the bond? And that Miss Daisy doesn't even like Morgan Freeman in the first place? I know! Plus she's wildly independent and strong willed and having someone drive her around felt shameful! But she doesn't care that he's black thank goodness. The thing with Driving Miss Daisy is that I kind of loved it. But here's an embarrassing thing. I didn't start actually realizing that the time periods were changing. I kept saying to myself, "Jesus, Dan Aykroyd gets uglier looking in every frame!" Ha. Never mind that the car kept changing (I thought Miss Daisy just had a craving for a new car every other day) or that suddenly Martin Luther King was popping up. Oooh I'm so silly.
Horror movie reference? Damn it I was too distracted by the blossoming friendship of Miss Daisy and Hoke to notice anything. I can't help it if seeing Hoke feeding pie to Miss Daisy makes me cry okay?!
Oh here's something kind of.... Hoke did seem a little bit like a stalker when he was in the car trying to get Miss Daisy to get inside. 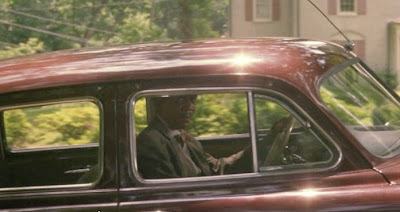 I'm talking full on kidnapper, asking a child for directions creepy. Hmm yeah that was awful. I got nothing sorry.

1. I've never seen Caddyshack either. Or Driving Miss Daisy. Because apparently I live under a rock.

3. My 5-year-old was less freaked out by Jaws than me (kindergartener with nerves of steel, or sissy mom? Take your pick!)

4. Private Benjamin is pretty damn funny. Also, I wish I could have a montage where I magically get all the laundry done in 20-30 seconds.

5. My secret favourite movie is Escape From LA...so we have Kurt Russell in common. ;)