Play Misty For Me: Another Crazy Biotch Bites the Dust. 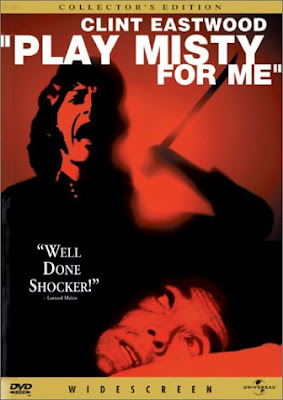 Lessons in life are sometimes hard to understand. That's why some movies are very good about shoving the lesson in your face so that you will never forget. For instance, Single White Female teaches not to room with a crazy bitch. Fatal Attraction teaches us not to have an affair with a crazy bitch. And Play Misty for Me teaches us to stay away from crazy bitches at all costs.
Clint Eastwood's directorial debut is an obvious influence on these films I have just mentioned, and although it is mildly dated, it still withholds the power to make us utterly terrified and incredibly angry at the craziness of that crazy bitch Evelyn! Clint plays Dave Garber, a late night DJ in Carmel, who reads poetry over the air and plays some nice slow jazz tunes. 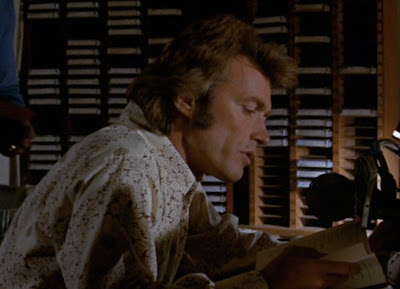 He has a frequent caller who always calls in to say..."play Misty for me" and it's not long before he ends up in bed with her. Before you know it, she's stalking him, buying him groceries, and always coming over uninvited. Once Dave's old girlfriend steps back into the picture things really get out hand and Dave soon learns it's best to not have sex with random women, no matter how short their leather mini skirt is. 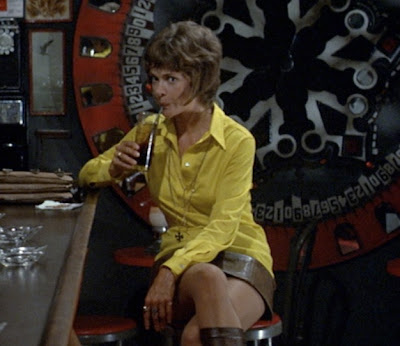 Perhaps one of the most startling things about this film is--how quickly Evelyn's craziness kicks in. It's pretty easy to see and realize that she is crazy from the moment she waltzes into Dave's apartment after their one night stand, ready and willing to cook him dinner. This raises an important and reoccurring question; why is Dave so easy going with her craziness? He continues to invite her in, even though he's a little freaked out? Come on. That was probably at times one of the more frustrating aspects of the film. The most frustrating being the part where the cops are in his apartment asking him about his "girlfriend" and he just shrugs it off!! Give them the deets Dave, what is wrong with you? I'm sick of people thinking that these bat shit crazy people are OK--when in fact no umm she just slit her wrists while she was "washing her face" 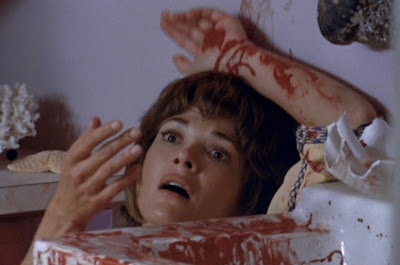 and trashed your apartment oh and stabbed your house cleaner. Yeah *shrug* she's not my girlfriend...just a girl. Ugh.
Other than that I did really come to appreciate how terrifying Evelyn was. Even though her personality snaps were very rapid and happened more randomly than they should have, she was still probably the best crazy bitch I have ever seen. Sorry Glen Close--Jessica Walker may have you beat. I just LOVED when she would randomly yell at people who asked if she was okay. Classic lines like, "Yeah! Get lost ASSHOLE" and "How about you go screw yourself" are in my book of awesome crazy bitch lines. That last scene where we realize that Anabel is Evelyn is one of the more suspenseful scenes I've seen. For those of you keeping score--yes that scene is featured on Bravo's other scariest movie moments list--"Even Scarier Movie Moments" and with right.
Sure the movie is by a lot of standards, "dated" but I still say it has some truly great unsettling moments. The blood is paint like--problematic for most but as you know an instant hit with me. Then there is of course the 5 hour long montage of love making and canoodling, courtesy of Roberta Flack and her rendition of "The First Time Ever I Saw Your Face". This is where things start to get dicey with me. The film is for the most part, incredibly slow moving--with a surprisingly few amount of tension building scenes. I felt like where we could have gotten some great, great stalker moments--we were instead treated to finding out how many different places Clint Eastwood and his honey could make love. 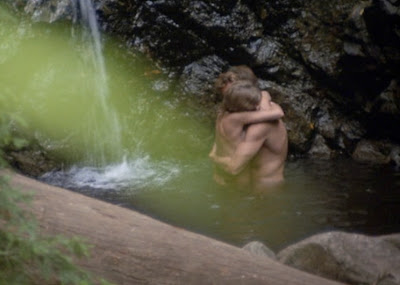 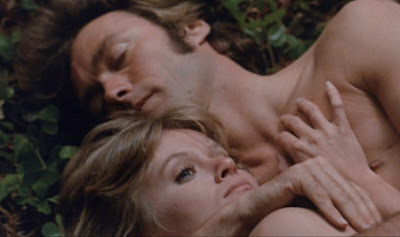 Certainly not his best film, (although one should never judge by someones first attempt) (For instance don't read my early posts...) (or judge me by them) but Play Misty for Me has it's moments, and I love looking at it as the mother of inspiration for Fatal Attraction and movies featuring stalker chicks who just won't take a hint.
Posted by Andre Dumas at 8:55 PM

Evelyn is one of the craziest crazies in movie history in my opinion! I find her so much more disturbing than Glenn Close in Fatal Attraction, or Sharon Stone in Basic Instinct. Like you said, it may not be Clint's best film, but I think it was definitely an impressive debut!

One of my mother's favorite movies, believe it or not! I love Clint as the low-key, late-night DJ--such a departure from the other stuff he was doing at the time. And on a tangential note, "Misty" is actually a very beautiful song...

Hahaha B-sol I believe it because MY MOM is the reason I ever heard of this film--as it was all she ever talked about when I was growing up and how it was the scariest thing she had seen! Classic.