It has come to my attention recently, that one of the most boring things to sit through--is a boring opening credits sequence. What is worse than a black background with title music, that forces you to watch credit after credit filled with people's names that you know little about? The thing about opening credits is that we usually have the power to fast forward right through them. But what about those opening moments that we just can't get enough of? For your viewing pleasure, I have compiled some of what I think are the greatest ways to get viewers through your opening without the use of the fast forward button. Don't confuse these with great opening scenes, that's a whole other ball game.
And yes, Wes Craven is responsible for an alarming amount of these. 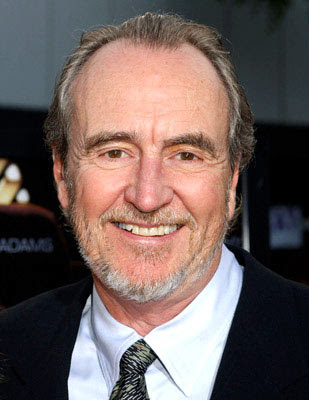 Scream
Aside from the fact that the first 10 minutes of this film had people flipping out over poor Drew Barrymore's death--I'm actually referring to the very beginning of the opening.
One of my favorite kinds of horror movies are ones that immediately throw us into the action without any real warning. I love the fact that the opening credits are shoved aside for the sound of a ringing telephone. A sure sign that a ringing telephone is the harbinger of doom. Not only that--but we meet out killer straight away. Few things are more chilling and abrupt to me then the first few seconds of Scream.
The Innocents
It is very possible I've talked about this film's opening more times than is really necessary but I cannot tell you how utterly astonishing this opening truly is. Imagine being submersed in a dark theater. You have no true indication that the movie you are about to see is starting. All you see is a black screen and then this melody starts up.
The background is still black. It is not until some 40-50 seconds that that Fox logo enters on the screen, while the song continues to play on. Some theater's thought this was an error made by the film studio and actually did not start the film until the logo appeared! That's how unusual it really was. Not only is it creepy as hell, but the song has the most unbelievably haunting air about it. If you remember inklings of this tune being played somewhere else--look no further than The Ring, as you can hear a bit of this melody 25 seconds into the cursed video.
Gojira
In a similar fashion to Scream, Gojira starts things off by hammering home a sound that will come to stand for the very fear we are about to be shown. The pounding footsteps of Godzilla that start pounding before the opening credits even begin, is insanely powerful and just all around amazing.
Let's Scare Jessica to Death
I'm so obsessed with this film's opening and closing that I recorded it on my Garage Band just so that I could have it on my Itunes. Beginning a film with what is essentially the end, is a powerful storytelling device. We know that "something" has happened, and that Jessica can't believe it. We also know she is alone. And our minds can only wonder what it is that has her trying to clearly separate dreams and nightmares, and madness and sanity. The only thing better than this opening--is this film's closing. Good god I love this movie.
A Nightmare on Elm Street
Here we are instantly thrown into someone else's nightmare. And like it or not--assistant camera man, our attention is not focused on the names appearing across the screen. We are instead on the look out for the very fear we were always made to believe in, thanks to the feelings of dread and unease that are created before the film even properly begins.
Eyes of Laura Mars
Few things in life are better than a Barbara Streisand song and a close up of Faye Dunaway's eyes. Make note.
The People Under the Stairs
Again with the W.C.! I love when important things are revealed so early on in this film. If you listen closely to what Fool's sister is telling him, she is actually mapping out the exact road that the story will take us and more importantly where it will take Fool. In a boy---and out a man.
Posted by Andre Dumas at 12:00 PM

Psyched to see love for Jessica! It's a very polarizing film, I think- "deliberately paced" mood pieces are generally viewed as enthralling or dull. I, too, love this movie. They don't make 'em like that anymore!

I love the opening of The Innocents. It's so haunting, and creepy, and gets you in the mood to be spooked even before anything happens in the film!

I also have great love for Jessica. So many horror fans just want to get to the blood and guts and forget that movies like that one take you on a chilling journey rather than just a slice and dice.

And I love the Scream opening. Always have.

For me Re-animater has a great opener. Herbert West injects his re-agent into his mentor, Dr. Gruber, only to have the doctor seizure. The eyes bug out and bleed. The security there seize West and as a woman screams to him "What have you done?" he replies "I gave him life."

YES... if I could stick 2 movies down my pants it would probably be Suspiria and Let's Scare Jessica to Death!!!!

Igor--good call on Reanimator. I didn't even think of that but you are so right. I think in some ways I'm still completely thrown off by the blatant rip off off the Psycho theme, but that opening definitely sets the mood perfectly.