What Do You Know About the Cremaster Cycle? 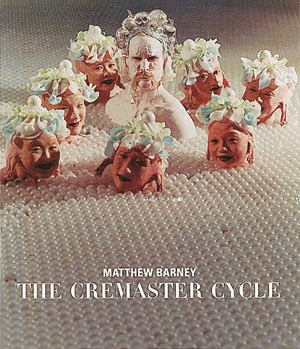 Yes, that was a trick question because in reality no one knows anything about the Cremaster Cycle. You may come across people who consider themselves highly attuned to the deeper meanings and themes explored within this massive and highly provocative art exhibit--but they are liars. They may appear to know everything by the way they twiddle their thumbs and talk about balls—sorry I mean testicles and how the cycle is devoted to the maturation of the sexual organs and more importantly creation. Don’t believe them, because they probably just read Wikipedia like I did. The point here is that when someone asks you “What do you know about the Cremaster Cycle?” the answer should always be; nothing. 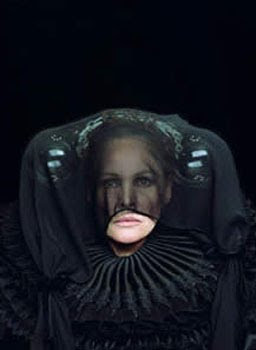 In 10th grade my English class went on a class trip to the luxurious stomping grounds of New York City. Here we toured several art museums and pretended to know what was going on (it was an Honor’s English course after all). Our most exciting endeavor took us to the prestigious Guggenheim Museum 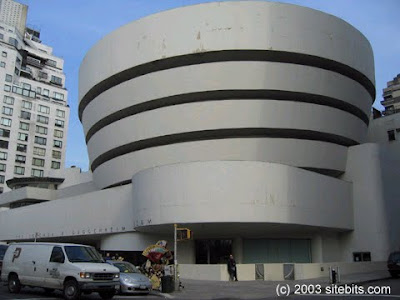 (the place in the beginning of Men in Black? Sweet!) where we were told that we were very lucky—because Matthew Barney’s, The Cremaster Cycle was on display. Somewhere in our studies of Paradise Lost, and a Tale of Two Cities, The Cremaster Cycle became relevant. I’m still not sure if it was or not because like I said no one knows anything about the Cremaster Cycle. What I did know intrigued me; the display consisted of 5 feature length movies, including a segment filmed within the museum. As you walked along the spiral design of the museum you saw sculptures that were in the movies themselves. It was something of anomaly. An entire project designed with the layout of the Guggenheim in mind.

Arriving that day however my eyes were bombarded with some of the most interesting and yet, terrifying things I had ever seen. Films that went on for hours and showed the most bizarre things. A woman controlling two Goodyear blimps, 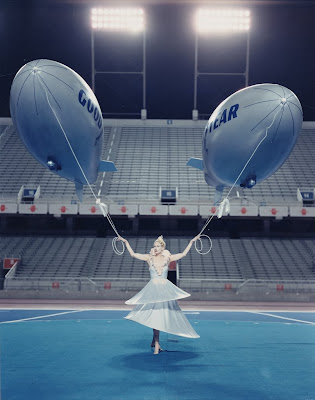 and eating grapes, while women danced in a chorus line. A Satyr 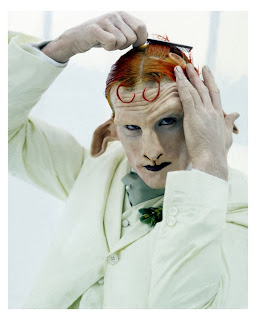 and his….penis and a lot of balls everywhere. A woman with no legs who has prosthetic glass attachments, 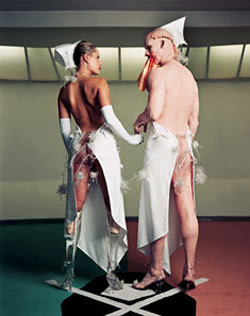 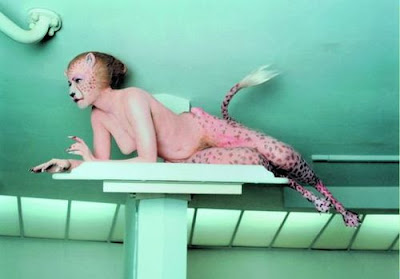 —her vagina in full view although spotted. These were the things we were subjected to on that particularly dreary day and for some reason, I was entranced. 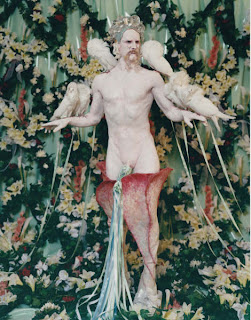 I knew there was something extremely intelligent going on- but I was too distracted by the fact that there were real penis’s and vaginas to notice. We stood as a small group and looked at the picture of “the Apprentice” with his teeth knocked out and a bloody scarf stuffed in his mouth (the description said it was supposed to represent the hymen. “WHATS A HYMEN!?”). 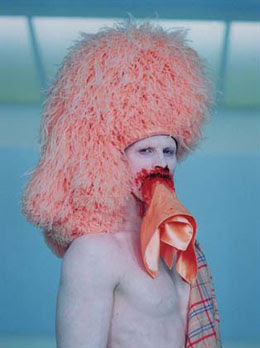 We knew very little that day and while the majority of my classmates brushed it off as just some weird artwork- I came to secretly love it.

All I knew was that I dug the Cremaster Cycle. Ever since then I’ve been on a mad search to understand more but failing miserably every time. On Saturday, I finally remembered my passion for uncovering the secrets and read the Wikipedia entry countless times. Then I went to the Cremaster website, Googled images, searched YouTube and still I found that something was unsettling me. Was it because it was something I still failed to understand? Or was it the journey of trying to find the meaning that enticed me? I’m guessing a combination. And hopefully I’ve piqued some of your interests too. And maybe MAYBE someone knows about the Cremaster Cycle—but of course I can’t believe what you tell me because you’re a liar.

But for real. Take a look at these images and videos and tell me it’s the not the weirdest/coolest thing you’ve ever seen. And then take a step further and get immersed in the entire project. It’s fascinating, it’s over my head and (hopefully yours) and I’m obsessed with it. It’s like LOST but with a lot of testicles.
Here is the trailer.
And here is the segment filmed in the Guggenheim. There are parts where the Apprentice is say, doing a puzzle--and then the puzzle would be just how it was left in the film,in the exact same place at the museum!! It was hard wrapping even my sophomore brain around that concept.
Posted by Andre Dumas at 2:48 PM

I don't even pretend to know jack about Cremaster. It's sort of like string theory for me: Unbearably fascinating but it makes my brain hurt and leaves me feeling like I need a nap in the end. You're pretty lucky to have been able to see the installation because the films, apart from the installation, lack the entire context of the artwork and are really just pretty pictures and really, really weird ideas. Also hats off to anyone who can endure the entire series of films because even though most of them are short, the third part is so fucking long and the duration is exacerbated by the fact that it's just so heady.

It's hideous and beautiful at the same time and I'm just as in love with it as you are. I have boots of the films since the series will never see an official release on DVD.

I've never heard of The Cremaster Cycle! I must have been living in a cave until today. I am at once disturbed and fascinated and now I must know more! Wikipedia ahoy...

I'm gonna watch it, probably when I'm drunk...just to make it that much more weird. Hi Andre.

Hit the nail on the head Bryan! It's such a strange feeling even thinking about it. But in the end it is rather exhausting.....yet I still find myself searching more YouTube clips!!

I heard somewhere that you CAN get a copy of all 5 feature length films but it costs like $500 bucks or something ridiculous. I think he only officially released one of them--but who knows if Wikipedia is telling the truth.

Emily + Eddie- Glad I could turn you onto the strange, bizarre and downright curious world of Cremaster!

Andre,you can get this from the pirate bay....I know not exactly legal, but it is an old torrent that likely won't ever be monitored.

The entire series was made available on DVD in an extremely limited edition, like less than 50 copies sold at art collector prices to a very select crowd.

A small piece of Cremaster 3, sort of like a highlights reel, was released by Palm Pictures but it's something like 45 minutes of the entire 3 hour picture.

I actually knew Matthew Barney as a kid. Growing up our families would hang out - he was the youngest of all the kids and very precocious. He was always annoying in a smart-alecky kinda way. But you could tell he was incredibly smart.

My most vivid memory was having to share a bath with him (remember, we were very young) and suddenly seeing a big turd floating around with us. I jumped out.

I guess that may have been his first performance art piece.