Roman: A Second Lesson in Awkwardness 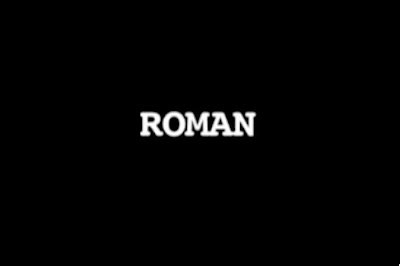 A lot of people have been telling me to watch Roman lately. I wonder if it's because of all the dribble that is getting consistently leaked out these days. Amongst all the remake muck, and the sequels, Lucky McKee hangs out just where we can see him, and always delivers something original and refreshing. I wonder how much better the horror scene could be with just a few more Lucky McKee's out there...
Roman is the companion piece to May. Written by McKee and this time directed by May star Angela Bettis, while starring McKee, Roman is almost like the male side of the too awkward for loving coin. Roman, a quiet man who obsesses over a woman in his building, soon gets into trouble when his love reaches the extreme. After accidentally murdering the woman, Roman tries desperately to hide the pieces of his mistake, while still trying to live his life. 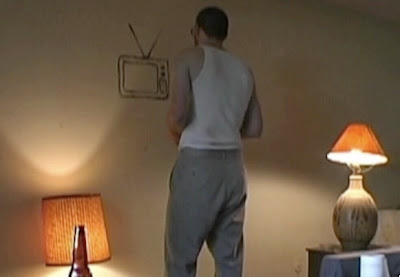 As a warning for all you people that only like it when things are all glossy and nice--Roman is very low budget in its approach. Hopefully this won't distract you too much as Roman is still just as delightful as ever. Bettis as a director has a great eye for subtlety and in Roman's case that's what it's all about baby. It's also a very quiet film and does a successful job of trapping us in Roman's world and allowing very little room to escape. It's funny how nothing that he does is particularly gripping or exciting but for some reason we hold on till that very last scene--and that I find is one of the impressive things about the film.
We know very little about Roman as opposed to knowing quite a bit about May. Standing on its own, this works for Roman although when compared to May, it's what causes it to lose a point in my book. The lack of characterization involving Roman isn't all that bothersome to me when looking at Roman as a whole. We do know Roman, we know that he has some kind of something going on, and we know that he has a strong weakness for cute women in his building. What we don't know is how he got the way he is, where he came from, how old he is, etc. Again, we don't need this information for Roman to be successful. Think of Roman as the Joker-- not knowing his origins may make it scarier. But there is still a part of me that craves more. 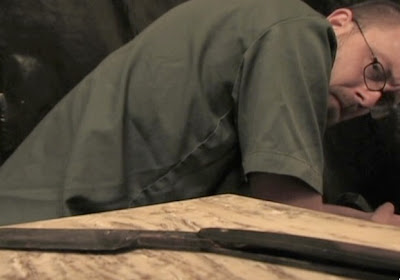 Part of this problem may have a lot to do with Lucky McKee's acting. I'll be honest--it's not very good. I found him to be believable and awkwardly believable at that--but he just doesn't have that extra push that Angela Bettis had. Because Roman is so quiet, I felt like I needed the other parts of his character to be much louder. Facial expressions, battling internal emotions--this all seemed rather non-existent in McKee's case. I suppose its unfair to compare him to Angela Bettis--she being one of the most amazing actresses to come around in a long time--but Roman is a big part of the movie so it IS fair game. I guess I just felt like Roman snapped too quickly without proper build up. Since we know barely anything about him, that scene with he and Kristen Bell in his apartment just happens too quickly. There's no real sign of degradation and that bothered me for some reason.
The same thing kind of happens when looking at Eva. The ending was powerful yes, but I felt like nothing that Eva did was really justified. Other than her talk with Roman about death--there is nothing in her characterization that clues us in on anything. This could be intentional I suppose, but I mostly feel like it's what prevents me from fully accepting the film as brilliant. The characterization just feels very weak to me. 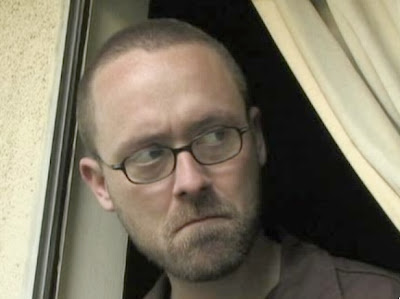 Aside from this, Roman is surprisingly well done. It evokes such a strong feeling of sadness mixed with the slightest hint of creepy. We like Roman but we still don't really trust him. He's like the bitchy girl at school you become friends with. We feel bad for him, but we still are just plain worried. What is going to happen with this new girl? What is going to happen with the dead girl? Why does that girl dress like a fairy? For a movie largely about nothing--there are SO many things on our minds.
Overall, I liked Roman quite a bit on its own. Put next to May however and my allegiance remains very strong to everyone's favorite awkward girl. Maybe it's my fascination with psychology and how May seems much more like an open book. Roman is still a mystery to me, which I don't mind--but I would have LOVED to know more. 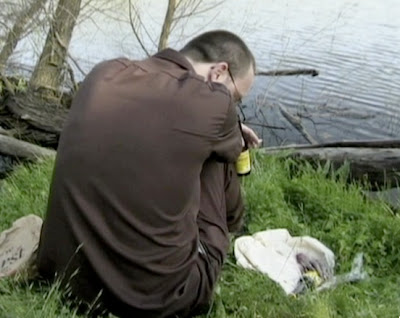 I wasn't sure Roman was going to work for me when it started but by the end I was thoroughly convinced. It really sticks with you and is a great character study. One of these days I've got to watch it back to back with May. I'm really looking forward to McKee and Bettis' next collaboration.-Unk

I felt the same Unk. It's really quite possibly the slowest build up I've seen in a while.

It is a good character study when you think about it, but didn't you just want MORE. Also, why are women so oddly attracted to him?? I need to know these things.