2 Days Left to Vote in The Movie Blog Awards! 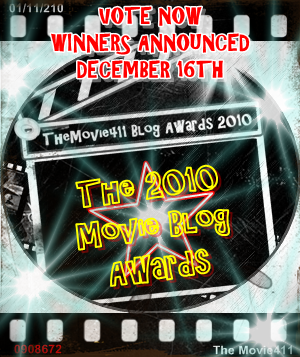 I haven't been promoting this contest much other than posting that little link to the right...right....over......there.
I don't like pandering for votes very much so I won't. I'll just tell you that I am nominated in the "Best Post" portion for my post on Eccentric Poltergist Quotes and How to Use Them. If you decide that you like it, go ahead and vote! But if you don't, no worries man.
In fact I'm actually losing this contest, but I don't care because being nominated is most of the fun. Big thanks to Michele from The Girl Who Loves Horror for nominating me for this award and giving me a chance to...shine!
OH and take note my buddy Matt from Chuck Norris Ate My Baby is nominated for BEST HORROR BLOG! Which is way cooler than best post. So shoot him a vote while you're at it!
Voting ends December 14th so get on there and vote!
Posted by Andre Dumas at 12:50 PM

That Poltergeist post just about made me fall off my chair. Voted.

Ha! Thank you Pearce. I will say it's a little more interesting than something about The Social Network.... ; )

Hi Andre, I voted for you. This is the only blog I enjoy reading.

Thanks Eddie, you are too kind!