Forbidden Planet: If I Had a Friend Like Robby 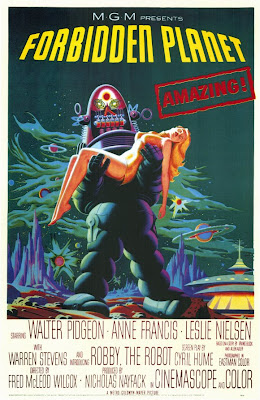 I mean come on, I can't be the only one who pictured robots getting frisky and maybe raping a woman right?
The good news is that Forbidden Planet does not need to actually be forbidden in order to rock a few socks off. It's quite a catchy little number if you will and part of its main appeal is this whole idea about a mystery. I loved how even though Forbidden Planet is a Sci-Fi film, it still managed to be closely related to a murder mystery! It's true. Something afoul is afoot on the planet Altair IV and we're not sure what. I dig that. But mostly I dig Robby the Robot, and Leslie Nielsen and how strangely aroused the film made me---but more on that later.
Forbidden Planet takes place in the future as a 30 year old Leslie Nielsen 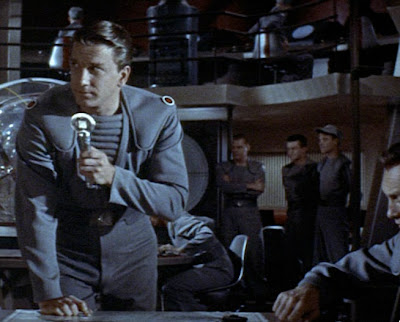 commands a starship sent out to investigate the planet Altair IV and check up on the status of Dr. Mobius' expedition to colonize the planet. Upon arrival, the group finds that all the inhabitants were wiped out, only Dr. Mobius and his daughter Altaira survive. What could have possibly caused an entire colony to be killed and yet leave two people and a bunch of animals AND an awesome robot alive? Hmmmmmm. Hmmmmm indeed!
Forbidden Planet cracks me up. It's just a great little piece of cinema that I feel is almost a little too good if you know what I mean. Granted a giant portion of my immense longing for the film is thanks to Robby. 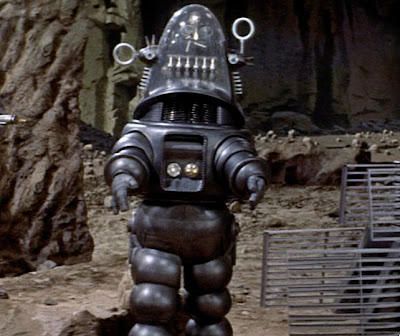 Robby the Robot is something of a legend in the Sci-Fi world. The robot, who has his own IMDB page would only end up being officially credited to one more film-- The Invisible Boy, but in the uncredited department....well! Let me tell you. Robby is pretty much everywhere you look these days. Or those days. Or something. Robby managed to finagle his way into episodes of the Twilight Zone, an episode of the Addams Family, Lost in Space, Mork & Mindy, an AT&T commercial and my personal favorite---Earth Girls Are Easy. 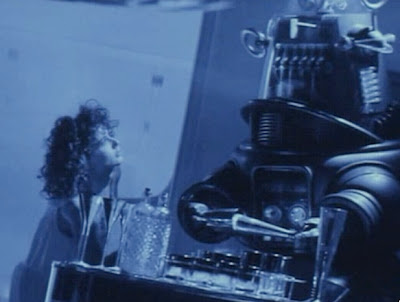 Looking past the depressing nature of that realization and getting back on track here, Forbidden Planet is pretty amazing. It also made me suspiciously aroused which I suspect is Altaira's fault. A lone female on a planet suddenly surrounded by all these hunky men in 1950s space garb. 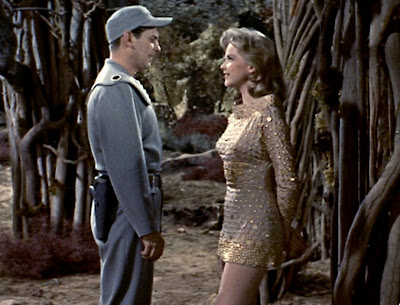 Come onnnnn. HOTNESS. Please tell me I'm not alone in being utterly turned on by THAT prospect. Am I providing too much information? Probably and I apologize. But whatever. Shit is hot and I'm not afraid to admit it. 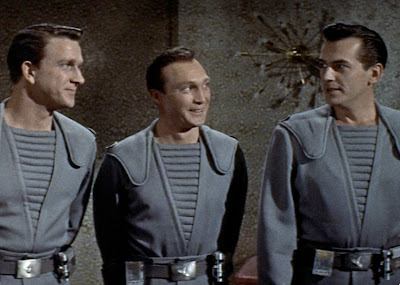 My other favorite part about Forbidden Planet is how awesome the futuristic technology was. I know it isn't quite the 23rd century yet, but god can we speed it up? I really want to nab a couple of these inventions for myself....
Like these weird hyperdrive beams that ultimately just turn you into neon globs of light. 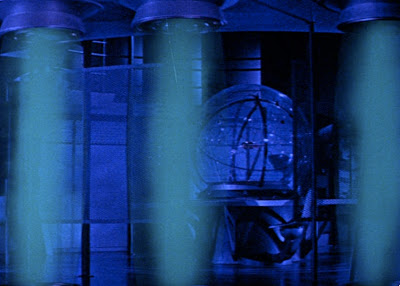 Futuristic ear phones that look like a really fancy pair of earrings. 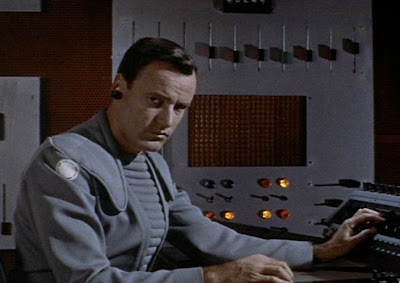 Magical whistles that beckon forest animals and TIGERS into your Wizard of Oz garden. 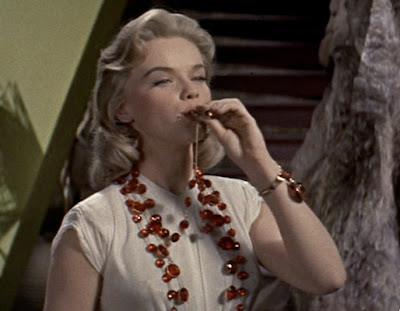 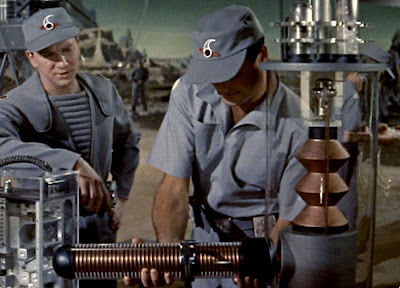 And laser guns that can turn leaping tigers into FLAMES. 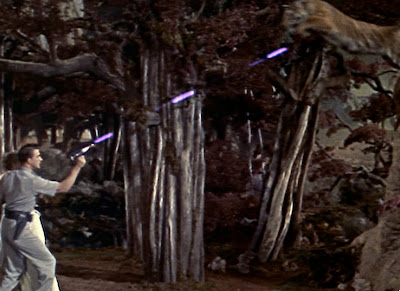 Gosh, the 23rd Century has it made!
The effects in the film are something to be admired. Call me crazy, but special effects that are actually illustrated are kind of better than most of the CGI out there today. 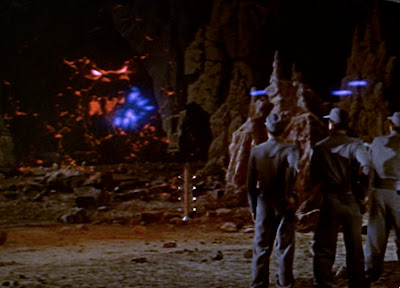 Alright nevermind that looks pretty shitty. Here's an easy fix, just build giant bulldogs with goatees. Speaking of which the big twist in Forbidden Planet is kind of brilliant. For a minute there I thought all the science stuff was going to go straight over my head (Keeping in mind I was in Honors Chemistry.... that's right, what what) but then psychology started to get brought into the mix and psychology is my JAM. Again, the conventions of Forbidden Planet never cease to amaze me. The film is funny, at times thrilling, intelligent and just kind of nifty. Plus, I still can't get over this 30 year old version of Leslie Nielsen. And all these crazy Hollywood style kisses! 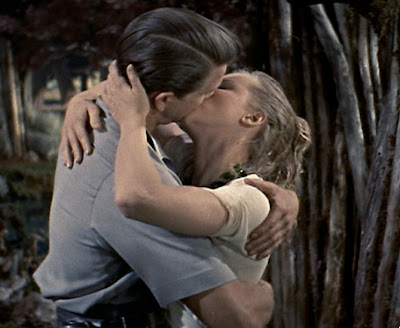 I was fortunate enough to see this on the big screen last year!! Loved every minute of it yet it was initally difficult to take Neilsen seriously in a serious role!
Great classic sci-fi film which I think still stands up well today.

This movie is so good. I am amazed at how well everything in it stands up. I know the raygun effects are just animation, but they come out great.

"You understand the mechanism ?"

One of my favorite exchanges of
dialogue in the history of cinema.

Forbidden Planet trivia: The effects were done by Disney Studios - and the storyline was taken from Shakespeare's 'The Tempest.'