A Study in Gore: How We Protect Ourselves From Our Gag Reflexes. 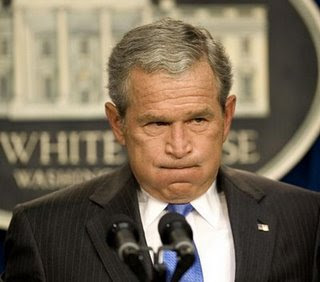 One of the things that non-horror fans struggle with the most is the presence of gore. When dealing with those in the horror community you seldom come across a fellow fan who has an innate fear of blood and guts. This is usually because we are perhaps, “desensitized” or we just plain like it. I don’t love it’s often over abundance but as we all know, I am all for some beautiful blood. So how did we get to where we are? I’m willing to bet that most of us as a young one, did at some point fear the presence of blood and in more extreme circumstances guts, brain matter and general ickiness. I know that upon my first viewing of movies like Hellraiser and even Hostel, I was more than a little turned off and even a bit queasy. These days however, I barely blink an eye at an exposed intestinal tract. So the question becomes clear; how do we as horror fans defend our stomachs against the impending nausea that the more typical movie fan cannot ignore?

The most common defense mechanism is the simple fact that knowing and understanding that the gore is in fact, fake. I remember seeing a segment on Oprah or some talk show, where they showed how a hospital television show accomplished the effect of showing the scalpel cutting the skin. They brought out a very life like stomach covered by a sheet, exposing only a small part (just like in a real hospital!), then they gave an in depth demonstration. The scalpel had a little button on it’s side, which when pushed, caused the fake blood to come out. When used on the dummy skin, it looked just like the scalpel was cutting and that blood was running. It was an experience that caused me to see all blood and guts as just another demonstration. It was like one of those haunted house tours when they turn the lights on and you can see behind the scenes. Gore suddenly became less of a gross out thing for me and more of a “I wonder how they did that” thing.

Of course the only problem with this defense mechanism, is that gore-o-phobs have a problem with context. Sure you can tell someone that that brain matter splashed across the wall is really just a cherry slushy 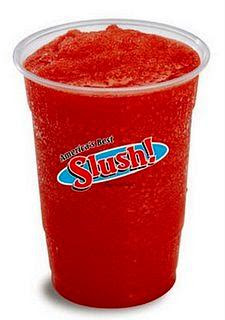 - but it doesn’t seem like a slushy because we just saw a guy’s head get blown to bits! Cherry Slushy = yummy, brain matter = gross. It’s simple arithmetic. Most gore in context has to be this way or movies wouldn’t be as popular. Intestines have to look like intestines and not like sausage or no one would even watch the movie. So as much as I try to tell people that it’s just a movie, it’s not real blood and guts- that approach just never works. So how can we really help those afraid of gore? Unfortunately I don’t think there’s a solution. Maybe getting them desensitized early by throwing them head first into a movie like Cannibal Holocaust would work, but it could also result in a nasty heart attack. 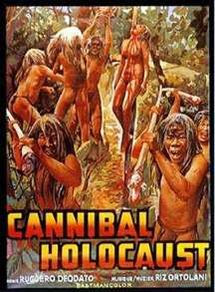 I like to think that once you watch Cannibal Holocaust however, you are ready for anything. Why? Because the gore in Cannibal Holocaust is hard to watch for any horror fan due to it’s “too real for comfort” vibe. The style of filming and the sheer intensity of what enfolds on the screen makes the gore almost unbearable. I know we all like to pretend that because we see all this gore and violence on the screen- seeing any form of it in real life would be a cake walk. Well I am willing to bet that more than half us- when put face to face with a gunshot victim or a car crash fatality would be puking in the bushes in no time. Real gore and fake gore are apples and oranges kid. Take for example, when surgery shows find it absolutely necessary to show just how a boob job, or a facial reconstruction surgery is done. It’s horrifying. I know I can’t be the only one who fast forwards through the surgery segments in True Life: I Want the Perfect Body. It’s too real, and seeing facial skin pulled up over a skull is just….gah! Although I would have to say that my initial complete viewing of Cannibal Holocaust did ready me for just about all the gore I have ever seen on the screen.

The final thing I think of, when protecting myself against my gag reflex, is that in some of the goriest movies—most of what you are seeing is 100% necessary. Note that I am not including campy, gore fest movies where yes obviously the gore is necessary because that’s the whole point of the film. I’m talking about movies like Martyrs- one of the goriest films you may subject yourself to, but the gore is necessary and vital to the overall story line and emotions that we feel upon the film’s conclusion. The same can be said even for Cronenberg’s The Fly, where we get horrible, awful examples of gore and just plain nastiness. But we need it because we have to feel the complete and utter deterioration of Brundlefly’s character, psyche and of course, his body. I would say that this may be my main defense mechanism. I don’t pay attention to just how cool or awesome or gross or vomit inducing those guts look like, or how real and terrifying that head wound is. I pay attention to what the gore is doing there in the first place. I realize this may not be a common defense mechanism, especially for gore hounds, but it’s one that I find works and even creates some pretty serious thinking bubbles.

So what are your defense mechanisms? And is it really possible to desensitize our friends, significant others and parents to the movies that we love? Or will we be left alone with a bowl of popcorn, an exposed intestinal tract and a smile on our face?
Posted by Andre Dumas at 12:26 PM

In one summer, I saw three people die violent deaths . After that, horror movies were just puppet shows.

Rape makes me feel pretty sick though, I've yet to see a rape in person.

I think Cannibal Holocaust had some actual filmed violence against animals. Ugh.

Brandi, my wife, was desensitized by watching Peter jackson's Brain Dead (Dead Alive in the states). Since gore was used primarily for comic effect, this allowed her to remove herself somewhat. Still, over time the effect of gore returns. Popping in Dead and Breakfast or another gory comedy does the trick.

I had planned on pre med back in the day. I have seen quite a bit of actual gore. Mangled hands is what gets me. I get tunnel vision and nearly black out at the sight of an actual, injured hand. I think it is because our hands are so familiar that to see them mauled and disfigured triggers an emotional response.

As previous commentors have said, I personally find rape harder to sit through than gore. Take Irreversible for example, it's not the violent head-caving at the beginning that got to me, it was that excruciating rape scene that made the film almost unbearable to watch.

Cannibal Holocaust is a slightly different kettle of fish, I own (but have not yet braved) the uncut version. The cut version I saw had a majority of the real animal killings cut out. Then again, I find animal torture quite uncomfortable to watch anyway. Take a person and skin them, gut them, behead them, do what you want to them. But take a rabbit and karate chop its head off (like in Lacombe Lucien) or chop a snake in half Friday the 13th style, and that's harder for me to sit idly by watching than any fake human abuse.

Brain Dead is probably the goriest flick I've yet to see in a cartoony sense, and Martyrs in a gritty realistic sense, but once you get into the swing of watching horror films regularly or even semi-regularly, it's just another expected aspect of the movie.

I was trained on Fulci & films like Cannibal Holocaust at a young age, and watched those ridiculous Faces of Death moves in junior high as well.
I feel completely desensitized at this point. I've done rotten.com and all those awful real-death websites.
I'm racking my brain trying to think of something - some bit of some film that really cut me to the bone. I'm infinitely more disturbed and upset when an animal is hurt or killed in a movie. THAT really, really distresses me. People, not so much. Sad but true.

I am thinking that seeing something gory in person may be a different story, though.

Great great post. I'm more in the "how'd they do that?" camp. There's a certain artistry that few can envoke to make so many feel emotions. It takes a mastery of that artestry to have it live on as long as it has. For better or worse, for love or gore.

A most excellent post Andre. The animal killings in CH were definitely real. I had never seen it up until about 3 years ago. I bought the special edition, re-release on DVD, watched it once, and haven't re-visited it since. I don't know if I ever will.

Irreverisble was harder for me to digest as well for the rape scene. But when put into context with the entire film I got 'it'.

I guess what I'm trying to say if there is an overall message to be found a la Irreversible or Martyrs, then the bloodletting and rape isn't as bad. Still, it's grotesque and aweful, but there IS something to it.

As for my defense mechanism, I prefer being in the fetal position. On the couch.

P.S. James, sorry you had to go through all that.

Hi Andre. I feel like I'm pretty much desensitized, but the one movie that kind of took me by surprise was Martyrs.

I think if I told family and some friends I liked this movie they would say "that's disturbing, what's wrong with you!"

I like to be surprised and shocked when watching a movie.

A guy I know who used to be a volunteer fireman told me a story about being the first on the scene of an accident where a car had run into a tree. As he was coming around the side of the car, he saw that there was a disgusting pinkish-reddish gunk all over the windshield - apparently the driver's brains splattered everywhere. He bent right over and heaved.

Just then he heard his friend, who had gone around the other side of the car, saying "There's strawberry yoghurt everywhere!"

Yes, the guy had been driving with a big container of strawberry yoghurt on the passenger seat, and that gunk was not actually his brains. Apparently he was quite bashed about by the crash (and drunk) but not dead.