I'm pretty famous for using a saying incorrectly. Usually in front of a lot of people resulting in embarrassment and hurt feelings. Hey, it happens. In order to prevent this from happening anymore than it does, I've decided to give a few lessons. Not only are sayings neat because most of them are hilarious, but finding out their origins is fascinating as well. Since this is a horror blog and not a bo-ring blog however, I've decided to spice things up and teach each saying by using an example from a horror movie. These first few are pretty standard unless your name is Andre Dumas and you are dumb. Perhaps in the next lessons we will jazz things up with some lesser known sayings to make things a little more challenging for all you normal, smart people.


THE BEES KNEES
Excellent. The highest quality.
This saying in particular is the one that I had been using incorrectly for the better part of my life. I always thought the bees knees was something bad. Something really crappy would happen to me, like America's Next Top Model would be a repeat, or my delivery order would be screwed up and I would ball up my fists, furrow my brows and exclaim... "Errrrr well that's just the bees knees!" On the off chance that I was with people while uttering this saying, I would obviously be met with confused stares. It's not my fault that this saying doesn't make any sense. What's so great about the bees knees? Do bees even have knees? Sorry for being logical, but bees sting you and if they do have knees (which I doubt it) then I doubt they are very great. Therefore I made the connection that bees are bad which by default means the bees knees are bad.

Well, we can't win them all and sadly I was very wrong. Apparently this saying comes from the (maybe incorrect) theory that bees would store nectar behind their knees. In order to explain this saying using a horror movie I will use an antonym. 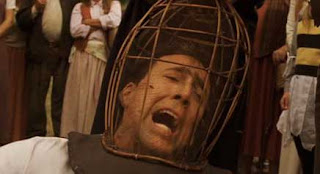 The Wicker Man Remake is NOT the bees knees.

Things that are the bees knees: 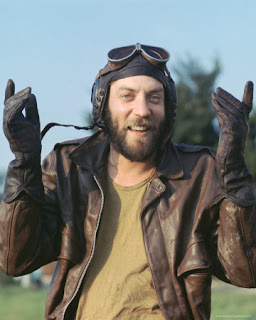 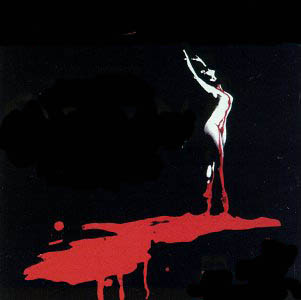 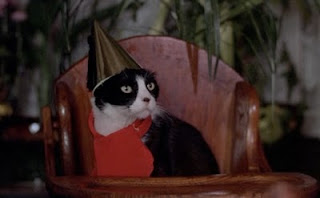 
BITE THE BULLET
Accept the inevitable impending hardship and endure the resulting pain with fortitude.

This is an interesting origin and one that many of us may have heard incorrectly. Originally it was thought that the phrase comes from the idea that in time of war when there was no anesthetic or what have you, soldiers would bite down on bullets as a way to sort of hide the pain of getting ligaments amputated off. Recent evidence has disproved this theory by saying that it is more likely that this phrase was originally, "bite the billet" and that it was changed to bullet. A billet is a wooden stick, which seems much more likely to have been bitten down on, apparently. For more information observe this awesome site.

In terms of horror movies, the most obvious one that comes to mind is Martyrs 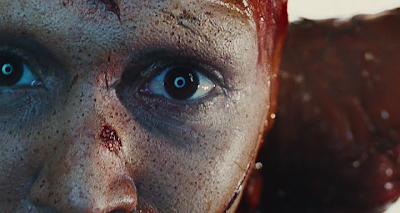 Clearly, Anna accepted the inevitable and endured the pain with fortitude. Clearly.

BAD EGG
Someone or something that disappoints expectations.


Hopefully like me, other people immediately think of the baddest egg on the block when they hear this phrase. 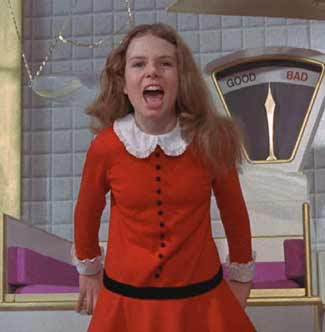 Apparently this phrase comes from the disappointment that often ensues when shelling a boiled egg and finding the egg to be bad. I'm not sure how excited the average person gets when unshelling a boiled egg, but I suppose if you really, really, wanted a boiled egg it would be pretty crappy if it was a bad egg. I guess.


The best way to teach this saying is by using remakes. Most of us, for some reason get a little excited when we hear things about remakes. Whether it be because of the director, or actors, or perhaps even eyeing a few pre-released screen shots, for one reason or another we tend to expect some form of excellence. As is usually the case however, those expectations are quickly dashed. 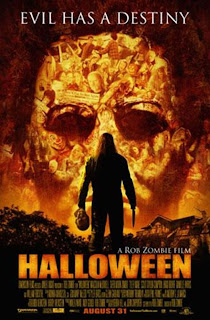 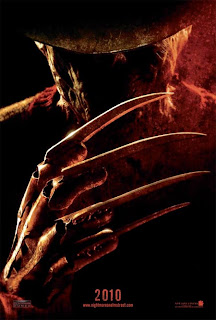 A Nightmare on Elm Street

LET THE CAT OUT OF THE BAG
To disclose a secret.


I've always been curious to find out where this saying comes from. Whoever is hiding cats in bags seems like some kind of mean person that I don't want to be friends with but then again...you never know. As is the case with this, this saying probably comes from when people used to switch pigs with cats at the market, so when the person got home with their tasty pig, they would find a cat instead. Personally I would be thrilled to find a cat in a bag but that's just me.


Correlating this to horror is simple. Often times, horror movies have a twist ending. And often times those twists get ruined. So for many people, 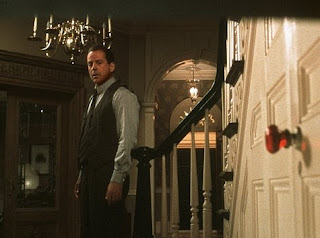 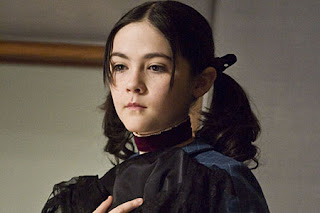 and Orphan were ruined because someone let the cat out of the bag.


SHORT END OF THE STICK
To come off worse in a bargain or contest.


There has been speculation that the short end of the stick doesn't make much sense either. Rather, "short" may be a euphemism for "shit" which makes much more sense. In any case this saying still brings confusion to many.


In horror movie terms the best example is from Rosemary's Baby. 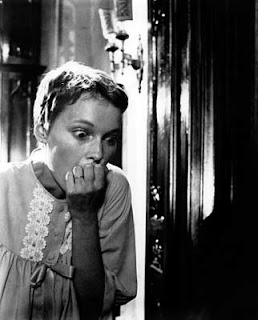 When Guy Woodhouse made a deal with the devil that the devil could impregnate his wife with his devil spawn....Rosemary got the short end of the stick.
Posted by Andre Dumas at 10:42 AM

Love it! And yeah, I don't get why bee's knees are so fabulous. My cat, on the other hand, loves to hide in bags so for me to put him in one would not be cruel in the least. Just saying.

I always assumed that "bees knees" was like the cool way of saying business. Of course, I don't know why something cool would be called "the business", but that's what I thought.

And yeah, The Donald IS totally the bees knees. And the business. And whatever the hell else is awesome.

Glad I'm not the only one confused by the bees knees.

My cat loves bags as well Emily, your right, in most cases putting a cat in a bag is probably doing them a favor.

The Mike that almost is on par with my miscontstrued meaning of the bees knees. hah actually giving someone "the business" is totally my favorite saying ever.

This is brilliant, I love it.

Let the cat out of the bag has always eluded me - at this market, were the cats/pigs alive? Because, I mean, even in a bag, they'd make remarkably different noises. Unless they're cooked or meat and then I'm an idiot, but who cooks cats?

Some suggestions for future that I'd love to see tackled: Pot calling the kettle black; beat about the bush; and break a leg.

Good one Liam, I did read over the pot calling the kettle black one as my sister said that the other day and I was like whaaa. So I will be ensure to include your suggestions.

Not sure about about the cat and pig details, maybe baby pigs make noises similar to a screeching cat? No no, you're right they must be dead. I think the market person was just scamming them so they must have killed some cats for the hell of it.

There's also a suggestion that that saying refers to the Cat o nine tails, the whipping mechanism. It used to be stored in a bag, but I don't see how that pertains to a secret so hmmm.

I agree.
Party hat cat IS the bees knees.