Martin: Depression and Vampirism, Closer Diseases Than You Think. 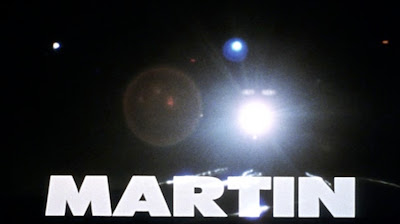 With all this hot and heavy vampire action happening around the world in the form of True Blood (and also those rather annoyingly hot vampires across the street that take off their shirts every time I walk by don't help the problem much either), sitting down and watching Martin is like a relaxing day at the spa. Gone are the overtly romantic undertones and the dead and sweaty skin so hot you could fry an egg on it. Gone is the worry that the man you fall in love with could very well be a vampire. Definitely gone is the difficult battle of trying to pick between a vampire and a werewolf. We are instead greeted by a startling display of profound sincerity in the form of Martin--a seemingly timid man who has a strange addiction or perhaps medical need for blood. However, there is something so brutally honest about the way he holds women down and slits their wrists and even though the subject of whether or not he actually is a vampire is up in the air--one thing is certain; it isn't glamorous in the slightest.
Martin is a lonely man who comes to live with his granduncle, an insanely religious man who tries to keep Martin at bay with garlic and crucifixes. Martin however is affected by none of it, in fact nothing about him is entirely vampiric, save for the fact that he seems to need blood. Using narcotics and razor blades, Martin drugs women and slits their wrists in order to drink their blood. He is taunted with black and white images of romanticized visions of vampires, and yet dispels any and all folklore. 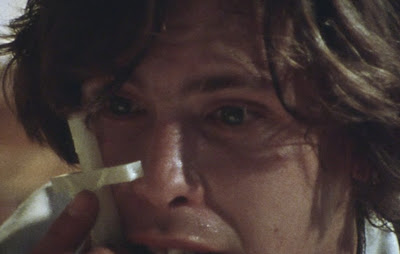 He is at once a mystery, a monster and a nice guy. But is he really a vampire?
Martin remains today as George Romero's personal favorite film, and has B movie fans erecting posters in their room by the dozens. While we all may get something different out of it--I personally feel a very deep note of sadness that echoes throughout. It's something that strikes me as unfamiliar and rarely seen except of course in the more recent Let the Right One In. We are placed on the side of what we would like to call a vampire, but then again we aren't so sure. We begin to feel for them and realize how difficult it would be to live as something so unnatural and terrifying. While Martin cannot completely be considered as a vampire--he stills maintains several of the characteristics that we deem important to naming one. The funny thing is- the main characteristic he embodies is seldom discussed. 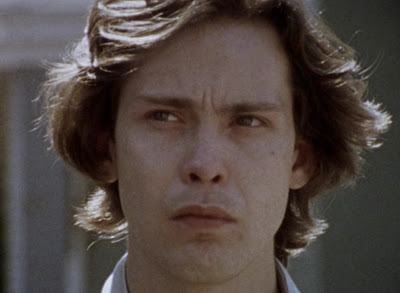 I speak of the characteristic of being alone. Having just watched The Shadow of the Vampire some 2 nights ago, a line from Willem Dafoe's Max Schreck sticks out in my mind. Which I will now look up on IMDB and paste for you all to read...
Dracula hasn't had servants in 400 years and then a man comes to his ancestral home, and he must convince him that he... that he is like the man. He has to feed him, when he himself hasn't eaten food in centuries. Can he even remember how to buy bread? How to select cheese and wine? And then he remembers the rest of it. How to prepare a meal, how to make a bed. He remembers his first glory, his armies, his retainers, and what he is reduced to. The loneliest part of the book comes... when the man accidentally sees Dracula setting his table.
It's funny how one never really thinks of a vampire as being an individual severed from society. Sure we might in the larger scheme of things--but how often are we feeling sympathetic towards the monster that drinks people's blood for nourishment? Do we sit there and exclaim how awful it must be to truly be alone in this world--a dead person who roams the land and kills people in order to stay alive? No! We exclaim about their terrifying appearances and we get excited when they hunt and bite their victims. We aren't shaking our heads and saying-- gee remember when that vampire had friends, and now he has to alienate himself from the world and sleep during the day time and blah blah blah. He must be depressed!
In my opinion, Martin isn't a vampire--not really. Even our friend George claims that Martin isn't necessarily right in the head. He, either due to the notions of his family or his own self awareness has made it up in his mind that he HAS to be a vampire and that makes all the difference. But then again, Martin IS a vampire if you think about what I've said above. He severs himself from society. He cuts himself off from the living in a way that is so subtle and so depressing at the same time, that it causes me to make a pouty face when witnessing his interactions with women. I feel for him because he is so sincere when he holds the women down and pleads with them to go to sleep. Poor, poor Marty. A clear cut case of social anxiety and depression mixed with an addiction for blood. His plight can even be likened to Abbie Santini- a woman who also severs herself from society as she wallows in her own depression. Of course it is the little problem dealing with the need for blood that sets them apart--and is perhaps why they end up the way they do. 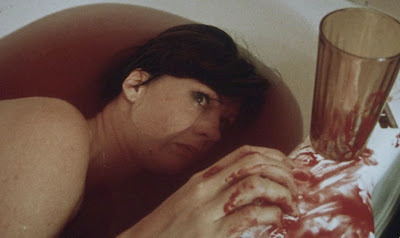 Well anyways. Now that that sermon is done I would just like to say that Martin is an incredible flick. Even though how Martin gets his blood is maybe not as brutal as the typical vampire--I think it's actually more disturbing, BECAUSE it's so real. You dig? It feels so personal and almost shameful to watch, and the fact that the camera doesn't budge is what makes it truly difficult to withstand. 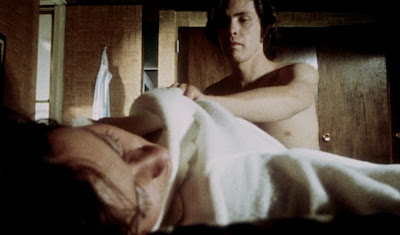 The brutality is in your face and honest. It isn't glamorous, it isn't hot, it isn't even entertaining really when you think about it. That may actually be my favorite thing about this film--its surprising and subtle brutality. Unconventional and perhaps more off putting than a typical vampire tale. Martin is truly- one of a kind.
Posted by Andre Dumas at 1:15 PM

Andre, my friend.
You have brought tears to my eyes with this post.

I knew you would get it.

I think Martin probably captures the "lonely outsider" aspect of vampires about as good as any film. It almost doesn't matter if he is a vampire or not, which is something I'd never thought about until now.

Blood for Dracula also kind of hits on it a bit...but the movie overall is so nuts that it's hard to consider that the focal point.

That was a weird movie. I enjoyed it.

I love this film, I think it is Uncle George's masterpiece!

I wrote a long winded review on it some time ago, and basically saw the elements you saw as well as some strong points about the death of the so called American Dream, feminism, and the generation gap (boy that's a term you don't hear these days).