Dear community I was once apart of,
A funny thing happened to me the other day. Typically I don't tell people about what happens in my life--quite frankly it's because I'm boring as shit and also I don't like talking to people I do not know. But this. Yes, this was out of the ordinary and completely unbelievable. This is also a way to tell you my story as I feel most of you have turned against me and believe me to be some sort of monster. Well you were wrong. I am no monster, just a man who forgot to lock his car door.
It happened just like any other day. I had my briefcase and a smile on my face. I was going into work for the first time with a sense of purpose, a sense of dignity. It was on that day that I would be making my big presentation at work. I had been practicing for weeks and barely sleeping. That morning I was completely focused. I got inside the car, put my briefcase in the passenger seat and began reciting my presentation inside my head.
When I pulled into a parking spot at my office I suddenly heard the most peculiar noise, a snore. I looked in the back seat and was aghast. A young girl was sleeping in the backseat! I began to scream, which caused the girl to awake. She was confused at first, then slowly realized where she was and began screaming louder than I was. Soon people came running, wondering what all this early morning screaming was about. I tried to compose myself and began asking the girl how she had gotten in the backseat. She began to cry and exclaimed that she didn't remember. The last thing she remembered was getting into her bed. Someone near me informed me that they had called the police while I began wildly exclaiming that it wasn't my fault, she had simply been there the whole time! Honestly I told them, if my intentions had been to kidnap her why would I let her sleep freely in the backseat, and not tie her up in my trunk. Logic fails most people these days.
The police arrived and took down some of my report. They were however rudely interrupted when the girl's parents arrived and her father came at me like some mad man. He exclaimed that I had kidnapped his daughter while she was sleeping in her bed. A genius plot devised by me no doubt when I decided to go for a leisurely stroll in the middle of the night and then steal a little girl from her bedroom! He demanded that the police arrest me, while his daughter under went an examination to determine whether or not I had abused her! The worst of it all was that I missed my presentation and was fired. My boss saw me being arrested and terminated me immediately. He said it didn't look good for the company to have one of his employees be labeled as a kidnapper/rapist.
Well, you know the rest. The girl had no marks of abuse, and it was determined that she had slept walked down the street and gotten in my car to finish sleeping. Her father seemed unable to trust these results and demanded that I move out of town before he killed me himself. Life couldn't have been worse. Currently I am jobless and people think I kidnap little girls. But I don't. And now you know.
Sincerely,
Howard Jenkins 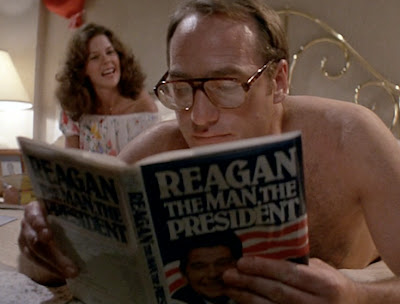 This letter has been brought to you by the best selling book, Reagan The Man, The President. Available now!
Posted by Andre Dumas at 10:00 AM

You, young lady, are a freaking genius!

Oh my gosh, I love it. Very clever!