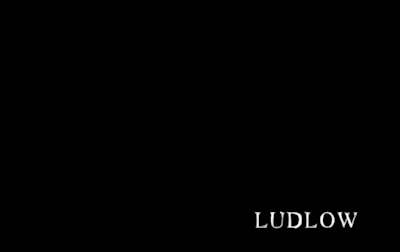 When the opening credits of Ludlow begin, I feel like one of those giggly children at a funeral suddenly silenced by the shocked looks of the teary eyed adults. Stacie Ponder's debut feature length film Ludlow produces that same kind of hushed seriousness. As longtime readers of Final Girl and fans of Stacie's work know, it is not uncommon to laugh above the octave of normalcy. And so when Ludlow begins and we are met with an instant air of heaviness and sadness, our giggling anticipation is immediately thrown out the window and we are ready to behave.
Readers of Final Girl have no doubt followed the harrowing story of the making of Ludlow and were well keyed into the fact that this was a divergence from Ponder's previous work. While the project seemed to be taking place on a roller coaster due to the shoddy electrical wiring of Ludlow and the poor reservation taking skills of motel workers---the final outcome of the film couldn't have been better. Thanks to the inspired work of Shannon Lark, Stacie's incredible eye for the beauty that lies within sadness and to her newly honed editing skills, Ludlow turns into something that the horror community greatly needs---originality. 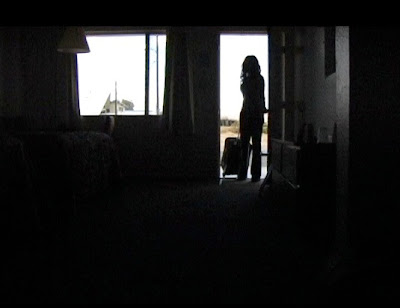 After driving into Ludlow, a seemingly bruised and battered Krista (Lark) checks into a motel. There she calls her sister Maddy (Elissa Dowling) and promptly ignores phone calls from someone named Steve. Popping pills, and downing vodka--Krista begins to undergo a terrifying decent into a world where reality and madness are harshly intertwined.
In Stacie's early account of making Ludlow she once stated that she was deeply inspired by the film The Dead Girl (Don't get it confused with Deadgirl or I'll kill you). The comparison is easy, as both films evoke such a strong and heavy feeling of depression that by the end it almost becomes difficult to breathe. Ludlow takes things to a different place however as the way to get there is darkly clouded and often times distorted. By its end we are similarly depressed but we are also rooted in the fact that we can't be exactly sure what has just happened. In fact for the most part of the film I couldn't help but repeat to myself my very favorite lines from Let's Scare Jessica to Death.
I sit here and I can't believe that it happened. And yet I have to believe it. Dreams or nightmares. Madness or sanity. I don't know which is which.
This is perhaps less a mantra for the character of Krista and more of a mantra for the viewer. Throughout Ludlow we are never given a definitive answer as to what exactly is happening. Rather it is a continuous feeling of being stuck on some dizzying carnival ride and never being quite sure if it is going to stop. When it does we are still plagued with similar feelings, only now that our feet are rooted in the ground it makes it a little easier to think. Whether you find that the majority of the film didn't happened or whether you find that it did happen only in a different way, the fact still remains that something happened and that it affected you. Because we are so deeply pushed into the world and mind of Krista we find that we are affected by things much like she is. Ponder does this seamlessly as she causes us to grimace and become revolted by an extraordinary bloody mess in the sink for example--and then suddenly causes us to catch our breath and stare as confusedly back into the mirror just as Krista does. 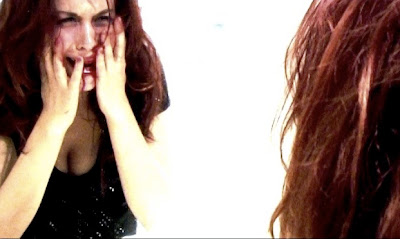 We are constantly delivered a one two punch of absolute horror and absolute shock. As viewers we are 100% invested in Krista and what happens to her. This is what makes the final outcome more depressing than we'd like to admit. 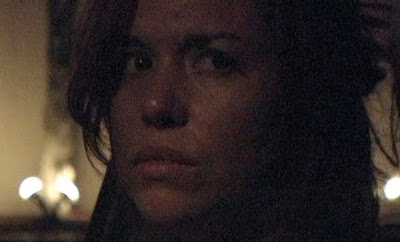 The film can also not be talked about without discussing the brilliance of Shannon Lark's performance. While I try to give most independent films a shot, I am usually always turned off by the unnaturalness of most of the actors. Shannon Lark's performance however completely wowed me. There are moments in this film that had me wide eyed and amazed that Shannon Lark was actually acting. In fact I remain unconvinced that Stacie wasn't forcing Lark to chug vodka and pop pills in between takes (knowing Stacie it's probably true). Even when she isn't on screen, Lark's voice overs and monologues are some of the best work I've seen and heard. One incredibly moving scene in particular involving a shattered mirror, practically brought me to cool voice over heaven and made me want to cry (by the way I was kidding about Stacie being a booze pusher). Nothing ever comes out sounding awkward and everything right down to her facial expressions and the way that Lark's unwashed hair becomes a vital part of her character--is down right thrilling.
While a few have found a minor complaint in the shortness of the film, I almost wish it could have ended with that scene I referred to up there with the mirror. This is most likely due to the fact that I tend to love really depressing and beautiful things. But something about that scene just makes me want to watch it all day long. It's a voiceover/monologue that rivals the above mentioned Let's Scare Jessica to Death! It's that mystifying. But since I know there was quite a bit of hubbub about making the length fit into feature film territory I realize that my fascination with the glum and the depressing must be pushed aside. But know this---that part fucking rocks.
Ludlow is a film that is largely psychological yet it speaks to its viewers in a much more purposeful and chilling way. If you are a fan of naked women and helpless teenagers being brutally slaughtered than you may find yourself confused when it comes to Ludlow. Ludlow is almost quiet in what it does and it makes you feel like you too are inside that motel room. The beauty of the film can easily be summed up by the score done by James M Barry. The quiet piano notes echo those same tones of heaviness--and even sound like tears if you listen close enough. Yes, Ludlow isn't the feel good comedy of the year but it's a film that I feel like the horror world needs more of. A film that dissects a real kind of a horror and leaves the viewer feeling more scared of what the mind is capable of and less scared that a killer is waiting patiently outside their door. It's a real, brutal and honest horror and that is difficult to find.
Watching Ponder's film almost makes you want to knock on her parents' door and get them to tell you the truth about her film making experience. It still seems incredible to me that someone who had no real previous experience in film making is capable of making a film 100% better than half of those annoying indie filmmakers who claim they've had a camera in their hands since age 5. It can't be possible! Or can it? Ludlow and behold (ha that was the worst joke I've ever made....sorry), Stacie Ponder is a serious force to be reckoned with. Of course there was that time my screener copy suddenly froze and malfunctioned during chapter 6 (for those of you in the know it's during that little masturbation scene) and I swore out loud and cursed Stacie Ponder for giving me a bum copy. Upon taking the disc out to examine however, I found a cat hair gently embedded into the lens. So make of that what you will.
For all information Stacie Ponder and Ludlow check out Final Girl.
Posted by Andre Dumas at 3:37 PM

Man, I've been waiting far too long to see this. And now with these positive reviews, my excitement is really starting to annoy me, lol. I really hope Stacie makes Ludlow available to the public very soon.

I can not wait to see this one.