There's a lot of racism going on in the world. Typically revolving in some way around Italian people. Dario Argento, as you may remember is a cat racist, I'm racist against Lucio Fulci and Netflix is racist against every single Italian DVD known to man kind. Proof you say? Well, how about the simple fact that every Italian horror DVD I've received from Netflix has been damaged!? Okay, okay so maybe it's just a coincidence. Or maybe some overzealous Giallo fan likes to urinate on the discs before giving them back. Who knows? All I know is that Netflix has been utterly shady towards Italian horror films, and I don't like it one bit.
Luckily for us all, Don't Torture a Duckling does work in a normal DVD player. But of course this means, no fancy screenshots. Well, we can't have it all. After my last Fulci review, I was ready to give up completely on the man who so many others loved without apology. After the suggestion to watch some of the earlier Giallos however, I decided to give him one last try--and so here it is.
Taking place in a rural Italian village, Don't Torture a Duckling is thankfully not about dead baby ducks. It is however about a recent string of murders all involving young boys. 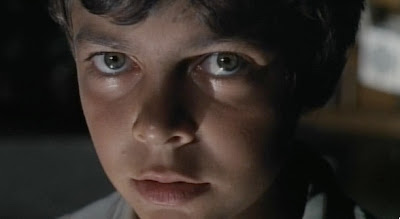 Suspects are a plenty as police and a reporter search in vain for the man or woman responsible.
As is often the case with Italian horror, the plot on paper is rather simple. As the movie trudges onward however, simple turns into complex and complex into mass confusion. Don't Torture a Duckling fits with this as it was very easy to get lost amongst the several boys who all look alike, or the 20 suspects being hunted. On the plus side however, Don't Torture a Duckling is as those who suggested it me, a vast departure from Fulci's later films. This is a gigantic plus for me, as I found much more to like in this. It was stylish, beautiful at times and most importantly, insanely jazzy.

The standard missteps that I associate with Fulci still remain, but because Don't Torture a Duckling is overall nicer to look at, I don't mind them as much. There are these pieces of scenes that don't seem to fit for example, or random shots of a character doing something really unimportant in the grand scheme of things. But compared to later efforts, the film is actually cohesive. Which thrills me! Plot, yes!
What really snagged me on the fence of "I think I like this" however was the death scene of La Magiara, which surprisingly had nothing to do with her violent case of rabies. 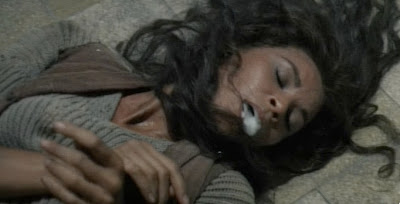 It's this oddly depressing and beautiful murder of this woman we pretty much know nothing about. Despite this, the scene is set up in such a way that we do care deeply for her. It's kind of like this,
only not because no one seems to want to post the actual scene. Hmmph! Anyways, it's gorgeous and even though it does carry at least some trace of Fulci style gore--it doesn't feel tedious and pointless. It has life and I simply love that last shot or so, of Magiara crawling up the mountainside.

My biggest complaint with films like City of the Living Dead and the Beyond was that the gore and the death scenes didn't make me care. And now I care. Isn't it nice?
The death scenes of the little boys were also disturbing, especially the drowned boy (admittedly though, he did look a bit waxy).

Child murder is never very well received and people always get all uppity over it, here though--and surprisingly I might add, Fulci seems to handle the subject with a lot of tact. We really only see one on screen death and it's quick, maybe a little too quick for a strangulation...but regardless it's there and it is a bit alarming. The rest however are the crime scenes.

Which is very interesting considering how far Fulci is usually willing to go.
Actually, now that I think about it--Fulci seems to have a strange double standard with sex vs. murder. He may have no problem implying that a grown woman may bribe the young boys with sexual favors, but the on screen murders are the real scandal. Or maybe it's the censors fault. OR the general public. It's all very odd. In fact, that particular scene where sexy and extremely naked Barbara Bouchet forces Michele to look at her is very uncomfortable. Which is also a weird double standard involving gender. If that scene was reversed I feel like there would be a huge problem. But here it seems to come off as just "sexy". 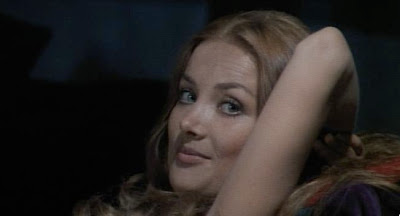 That makes me feel weird. Hopefully I wasn't alone in feeling creeped out.
So as you may have guessed I came away feeling much better about my Lucio Fulci relationship. It is now very clear to me that I love the old Fulci, and I hope to continue to look at some older Giallos. Don't Torture a Duckling is ripe with intrigue, a mystery that at times seems a bit obvious, and also a bit too dense in its possible suspects. It gets to the point, where we can only assume anyone that they have guessed to be the killer is not the killer. So it really just becomes a game of, well who haven't they accused yet? That being said, I did tend to get pulled into the mystery. I had a hunch (and a right one) I should add early on, but like most good murder mysteries the real intrigue is often the why, and not the who. Although the why is a little well, stupid in my opinion, that final confrontation, and that dummy is worth it all.

I feel so much better now that my relationship with Fulci is patched up. Maybe now the Fulci fans will let me sit with them at lunch again. Eeeee I can only hope!
Posted by Andre Dumas at 2:03 PM

Have you seen Fulci's Lizard in a Woman's Skin yet? That movie is the definition of groovy!

I'm so with you here. I hadn't given up on Fulci (because I could watch The Beyond for breakfast) but I've been so underwhelmed and bored by most giallos that I thought I was done with the genre. This one really brought me back, and not just 'cause I dig dummies.

Lizard in Woman's Skin is next on the list Chris. Yes! Groovy movies are definitely the best thing ever. Can't wait.

Emily- I feel sometimes like I'm the only person who didn't totally love The Beyond. Maybe I'll have to give it a second chance. Sigh.

Be forewarned though, there is a certain scene of (fake, yet still no less stomach churning; not surprising that it got Fulci into court) animal violence. I suggest that you try and track down the version that removes that scene (unless you know about it and already have).