Cemetery Man: By Keeping Things the Same, We Can Change More Effectively. 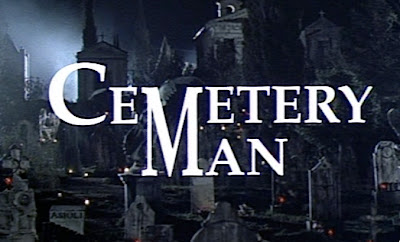 At first I wasn't sure what to think about Cemetery Man. My mind teetered between awesome, okay and slightly on the slow side. I was also still finding it hard to swallow that Kyle Maclachlan was NOT the Cemetery Man. Don't blame me, blame Netflix and their fuzzy pictures of DVD covers. No I don't read details, details are for chumps!
I found the film to be surprisingly surreal and an almost classier and smarter version of the brand of humor found so commonly in films like Evil Dead II and Dead Alive. These feelings of indecision lasted all the way up until the very last frame. Somewhere between meh and yeah!, I had fallen for the mysterious power that exists so strangely beneath the surface of what I had originally anticipated as a typical zombie comedy.
When I first read the synopsis of Cemetery Man I immediately, as I so often do, began creating a version of what I thought the film would be like. Here is what I thought: I thought one day Rupert Everett was just a normal caretaker of a graveyard. I figured that one day for whatever reason, people started rising from their graves. Then of course I figured that Rupert Everett would just spend the rest of the film killing zombies. Oh how both wrong and right I was. 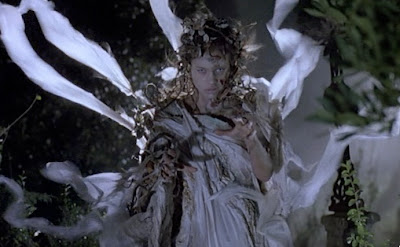 You see, Cemetery Man is largely about returning. The word zombies is replaced with the word "returners" and Francesco Dellamorte comes to stand for a returner as well. He is plagued with the idea of returning. Call it a Sisyphean cycle if you will--but Francesco seems to exist for the sole purpose of defending the cemetery from zombies. The returns don't stop there however, because Francesco's own personal hell involves the constant return of his one true love. She returns to him in different forms and there is always something funny about sex going on. 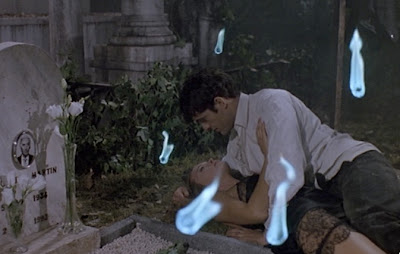 And whimsy little blue lights too.
Yes, there is a surprising amount of layering going on in Cemetery Man that I find to be quite tantalizing. Cemetery Man is also one of those films that people tend to get all uppity about regarding theories. Some believe that the line between reality and dreams is blurred once Francesco shoots his returning love for the very first time. An honorable theory as one can easily see how strangely surreal everything gets after that. Is it after that event, that Francesco's grip on reality really starts to crumble? Definitely. But what can we deduce about the route that the strange dream world goes? The good thing is--the possiblities are endless. 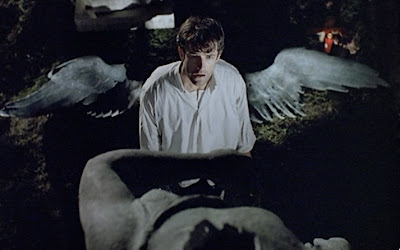 You could probably sit and think up about 10 different theories here that would all somehow end up working and making sense. I dig those kinds of movies. I also dig the fact that Cemetery Man creeps up on you and suddenly blinds you with intelligence at its end. This reminds me of the way I felt after watching Blood Simple. It was like I had been sitting there, entirely unmoved by anything and then BOOM. Some image, some final parting shot made me slap my head and exclaim, "Ooooh". A sudden burst of understanding and an immense appreciation for what I just saw. 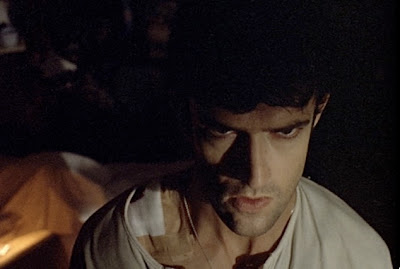 Kubrick Stare?
Cemetery Man is NOT your typical zombie comedy but it contains subtle traces of class. Yes there is gore and yes there are utterly hysterical moments, but the film doesn't dwell on any one throughout its duration. My problem with Dead Alive and even Evil Dead II for me (emphasis on FOR ME. ) was that it did dwell on one of those two things for far too much of the film. Cemetery Man however is smart and you know that it's smart because it's Italian........and also because........it's smart.
It's one of those movies that on first glance seems very odd. There's a lot of questionable things happening that do little to ease the frustration of not knowing what the fuck is going on. You'll encounter things that are completely outrageous and awesome and so strange all at the same time (the hospital scene cough). 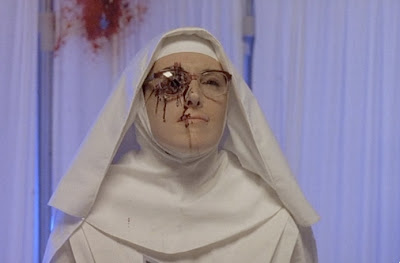 It's at these points in the film that you start truly realizing that Cemetery Man knows more than it's letting on. It's got depth---and I just still can't get over that last shot. It means so much thinking. It makes me want to instantly go back and then buy a chalkboard and start writing insane theories on it. By the way--I miss chalkboards. Wasn't clapping the erasers outside one of the staples of becoming a person in elementary school? Didn't it allow for bonding time and secret sharing? And now these dry erase boards think they can just come on in and steal people's childhoods? Gah.
Sorry.
Where was I? Oh yes. Cemetery Man has its ups and downs but ultimately, at least in my head, it's a gigantic up. I just find it to be such a refreshing take on the zombie comedy genre. It's got meat on its bones and isn't all about the splatter and gross out count. That rocks. I also like the fact that Rupert Everett is like Bruce Campbell but with a thinner neck (which is exactly the part that I don't like about Bruce Campbell. Plus, he's British. Win and win). 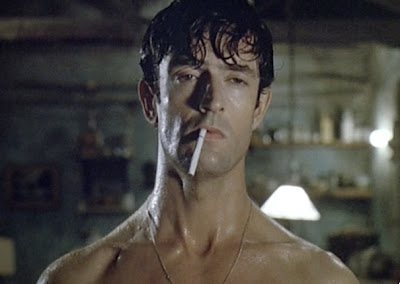 I mean, there's just so much to like. The way that Francesco so effortlessly shoots zombies in the head. How the zombies aren't even the real threat--the real threat is inside Francesco's head. The threat is himself? His insecurities about being impotent? His regret at never forming a true relationship with the women he immediately fell in love with? It's almost as if the zombies are just the chorus, while Francesco is the star. Sure the zombies ARE ridiculously awesome and at times ridiculously hilarious, 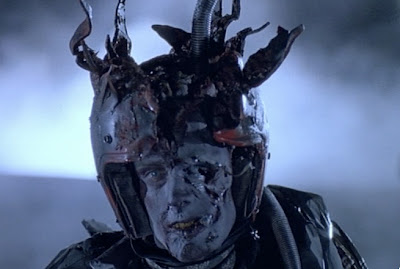 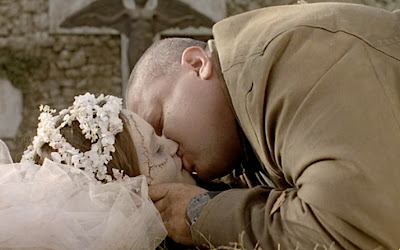 but unlike Dead Alive--that's not all there is.
Man, I could blab on and on about what I liked about Cemetery Man--and to think I was on the fence about it until that frickin snow globe. OH and BOY SCOUT ZOMBIES? 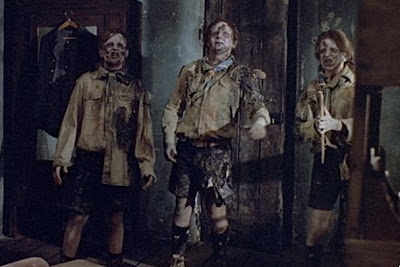 YES.
Final verdict is, Cemetery Man pulled the rug out from under me. I was not prepared to actually find meaning and intelligence in such a film but lo and behold---it lives. Now I need to go and dissect everything so I can make my own theories and sound all smart and stuff. Wish me luck.
Posted by Andre Dumas at 11:00 PM

Great post! Let me start by saying Dead Alive is one of my favorite campy horror movies, closely followed by the Evil Dead movies.

Even so, i agree with what you're saying here. I bought Cemetery Man before ever watching it, and at first, I was undecided as to if I liked it or not too. In the end, though, for the reasons you mention, I decided it was a hell of a movie with great depth.

what a relief it was for me when i read your review. i felt an instant bond when you explained that you were undecided about cemetery man until long after the movie ended.

i had the same experience when i watched it about three or four months ago. throughout the film i was like wtf is going on? wtf is happening? i can't figure it out but i can't stop watching.

something about this movie and rupert's alluring ennui. he's bored and whiny without being annoying and whiny. it might be his accent.

how he sluggisly, nonchalantly shoots people's heads off and sighs and waxes philosophical about life and death in the same moment resonates with me.

and then at the end when he tries to escape the town and he can't...only to find there is no...it makes you think, which is unheard of in horror movies (at least nowadays).

i was describing it to my friend and she said "oh so he's stuck in a metaphysical loop?" omg! how fucking perfect that you can use the word "metaphysical" let alone the phrase "metaphysical loop" about a zombie horror movie? fucking genius.

"What are you doing stealing my murders? What kind of fucking friend do you think you are?" fucking perfect!