Digest Quickies: Cool Things That Freak me Out

As someone obsessed with terribly beautiful things, I realize that this post may come as a shock to some of you. But I have to come clean- I am a regular person too and sometimes, as beautiful and awesome as some things are, they still have the power to make me shake in my boots! There have been times when I've been both in awe and visibly creeped out when looking at something- and each of these things below do just that.
The Terracotta Army 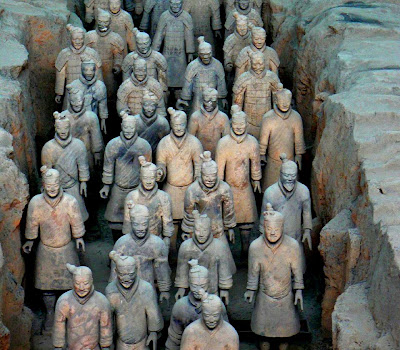 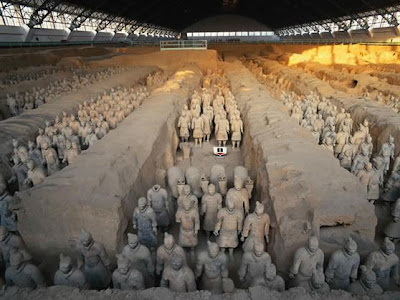 I'm pretty positive that there was a real point to the creation of this army- and I think it has to do with the fact that they will come alive someday. How much eerier can you get? Looking at these rows and tows of terracotta men, all looking a little too human for comfort, and just lined up like that ready for battle, really sends shivers down my spine. They all look different, are life sized and who knows how many more pits are going to be discovered? If possible the terracotta army is both the creepiest and coolest thing that ever happened. Period.
The Catacombs of Paris 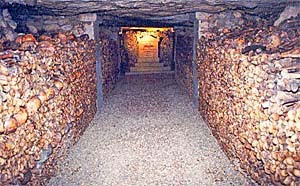 I remember watching some TV program once- knowing me it was probably something lame like ABC Family's Scariest Places on Earth, but anyways, it was about the Paris Catacombs and showed some "found footage" of a guy that taken a video camera into one of the narrowest and least explored passages in the catacombs. Now that I think about it, it may not have even been the Paris catacombs....but the point is....catacombs are freaking terrifying. The idea and the imagery is both beautiful and utterly horrifying. The intricate set up of the bones makes everything seem so surreal and awful and awesome, it truly is a terribly beautiful work of art. I suppose my real creeped out nature comes from that TV program I saw. In it the camera just fell at one point- and they talked about how the guy was never found again-probably got lost in one of the tunnels and died. Yikes.
The Salem Witch Museum 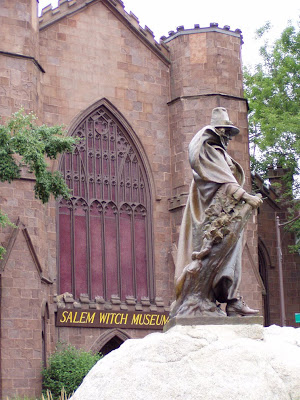 I'm sure not many of you have ever been to the Salem Witch Museum, but as someone from Massachusetts who took a school field trip to the town every other year- the Salem Witch Museum was constantly on my mind as both a cool and scary place to be. Rich in puritanical history, Salem's Witch Museum is at the epicenter of all Salem Witch Trial learning. The outside of the building looks like Dracula's castle- but what is really scary is the "show" that you go to that explains the trial's history. In this the center of this great room is a giant red circle with the names of those that died during the trials. 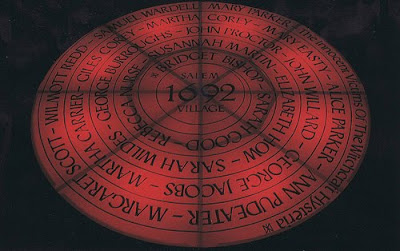 And then....one at a time- a wax display lights up and creepy voices narrate the happenings and it's just creepy creepy creepy. 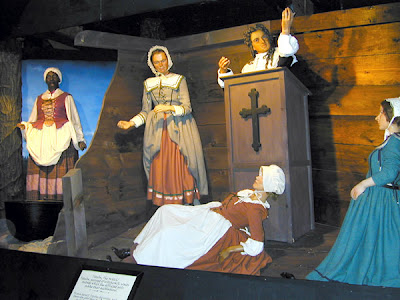 Even the devil is one of these displays and let me tell you it is unnerving. Wax figures have always really freaked me out. It also doesn't help that the wax figures in the Salem Witch Museum look like they too are from the 1600's. 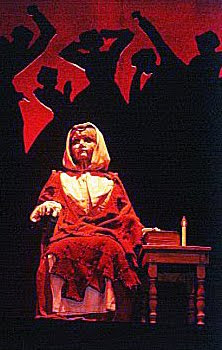 I never saw The Mummy 3, but wasn't the Terracotta Army brought back to life in that movie? Dead on the money about how creepy it would be to see those things in real life.

Great article! Your description of the Salem Witch Trials museum makes me want to plan a vacation there RIGHT NOW. And yes, that Terra Cotta Army is both awe-inspiring and creepy-as-hell. Excellent stuff!

For me, the Mutter Museum in Philadelphia was a super-cool place that freaked my shit the hell out. Specifically, the "wall of skulls." For some reason it really got to me--I mean, you can look at one skull, even knowing it's a real one, and sort of deal with it--but faced with row upon row of HUMAN HEADS, knowing that each one was a real person with a real life and people who knew and loved and hated them (often enough to kill them, as their skulls bear the marks)--after a minute or two of looking, it just GOT to me. I still get shivers, in fact.

And the less said about the pickled punks, the better...

Good article. I almost got to visit the Salem Witch Trials museum when I lived up in the New England area. Someday I will go! LOL.

I've been to Salem (loved it!) and of course hit up the Witch Museum... found it fantastically interesting, but utterly unnerving at the same time. Those wax figures - gah! They freaked me out BIG time.

But Salem itself, a great place to visit. Rich in history and easily navigated on foot. Would love to go back.

Awesome Chris! I'm glad you experienced it. My class in 8th grade went on a journey to find where the gallows was- and we are pretty positive we found the exact tree. So Creepy!

School trips to creepy places were the best. I's from CT, and lived in New Haven until a couple of years ago. We took a couple of school trips to a crypt which is under one of the churches on the New Haven green. The green was the cemetery for New Haven for the first 150 years of the colony, and then they decided not to bury people there anymore. They moved a bunch of the headstones to another cemetery in the city, but they left the remains under the green!! It's pretty awesome. Here's the link for some more info if you're interested. I think it's pretty cool!