The Worst Witch: Has Anybody Seen My Tambourine? 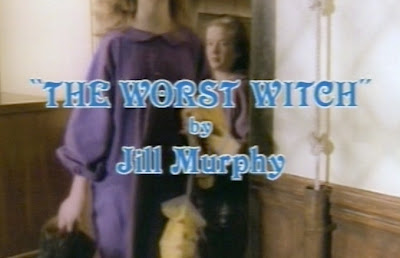 What can be said about the Worst Witch that hasn't been said already? To tell you the truth I don't know what has been said, because I haven't really ever heard anyone talk about this movie in detail. Well, it's time to change all that. The Worst Witch was a movie on HBO from 1987. It was one of those movies that they would play just about every single day--and every single day I would watch it. What was it about Mildred Hubble and her clumsiness that I loved oh so much? I'm not sure, as it is pretty atrocious as far as movies go. There is however--some kind of innocent "magic" happening. It's like a little slice of yesteryear's pie. Oooh how I loved those witch uniforms, and the idea of "scare tag". How I wanted to ride my own broomstick and turn hags into snails! And how I did not ever want to ride on Tim Curry's stick cape...(I'm proud to say at a young age I recognized his creepiness). Yes, the Worst Witch is all kinds of special. 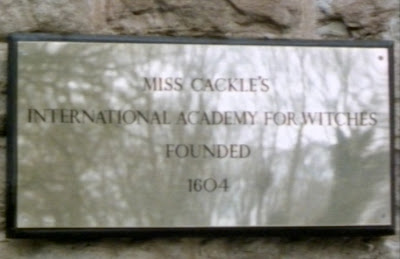 Mildred Hubble is--as you may have guessed, the worst witch at Mrs. Cackle's School (SORRY International Academy...even though there are only English witches here) for Witches. She is so terrible that she can't memorize potion ingredients, or train her cat to fly on her broomstick. She's also just always falling and causing destruction without really meaning to. As Halloween approaches and the exciting news that the Grand Wizard himself will be in attendance becomes known, the girls ready themselves for the broomstick display. Thanks to mean girl Ethel--Mildred's broomstick gets bewitched and ends up ruining the entire display! Due to her embarrassment, Mildred runs away, only to discover that a gang of mean and nasty witches is planning to overtake the school. Can she save her friends and school even though she is THE WORST WITCH?? 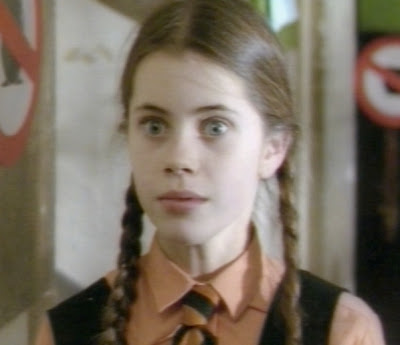 Apparently, JK Rowling was partially inspired by The Worst Witch to create the Harry Potter series. The similarities are quite evident. A mean and nasty potions teacher is mean to the outcast witch, and favors the blonde, well off witch with the powerful family. The headmistress is old, wise and surprisingly powerful. The dormitories, the broomstick lessons, the animals, the school grounds--it is all very obvious to see where the connections lay.

Now aside from the nostalgia that this movies reeks with--it is pretty terrible. Amateur acting especially on Fairuza Balk's part and horrible and I mean HORRIBLE special effects. It's all quite laughable. Not to mention that the degree of Mildred's ineptness is entirely frustrating at times. How can anyone be that bad at something? This movie, if anything makes me unwillingly recall those girl's I grew up with that would just fall for no reason. I refuse to believe anyone is that clumsy and it just makes me mad.

As you can probably tell, the one extremely huge saving grace of this film comes from the entrance of Tim Curry. Now I like to think that most of us realize that Tim Curry....has never really been someone that one feels attracted to. At least I hope that's the case. I mean when I think of Tim Curry I think... 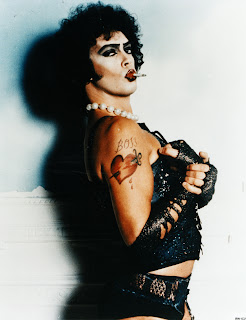 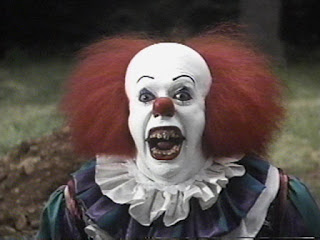 I do not think....stud muffin. Alas, that is what he is here 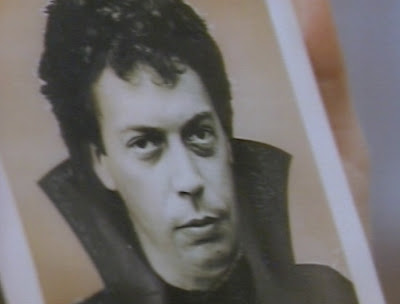 And it almost makes me cringe with embarrassment. 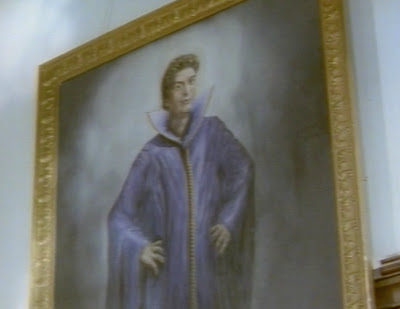 Girls swoon over his picture, 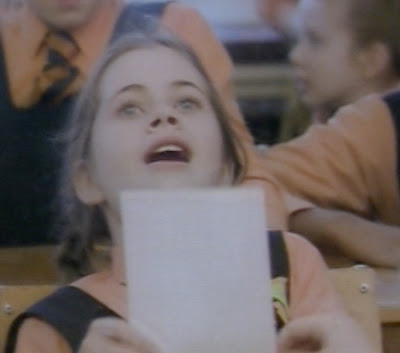 and teacher's must excuse themselves to go swoon in private. Tim Curry makes his entrance, flying with his massive stick cape. 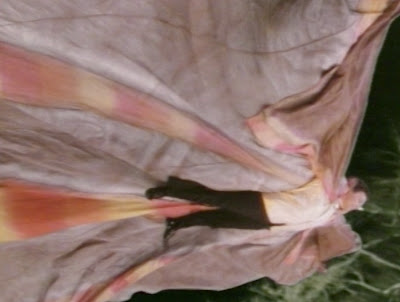 He resembles some sort of magical butterfly and I can't help but turn beet red at the way he looks at people with his squinty eyes. 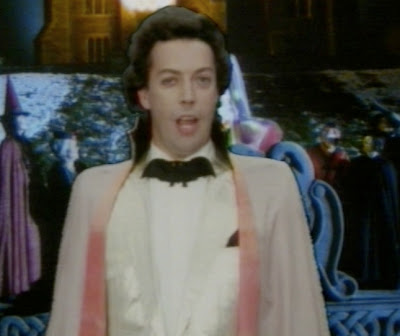 But that's what I love about it.
You see, there is nothing better than when he sings his "Anything Can Happen on Halloween" song. I'm serious. This is coming from someone who is happiest in life when they are eating a delicious sandwich and watching Jon & Kate Plus 8 reruns. This song is the best thing in the world. It's almost like they sat down and wrote down the word "Halloween", then they made a list of anything that would rhyme with it--and I mean anything. THEN, they took the most random assortment of pictures to go along with the song, made awful paper cut outs of what I assume would be the sun, and THEN they digitally painted on the special effects. Don't believe me? Try on these screen grabs for size.... 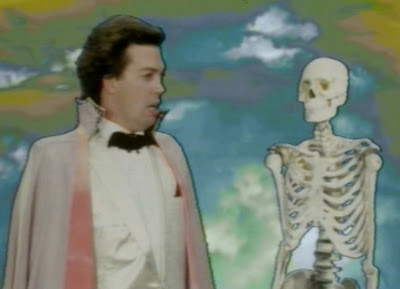 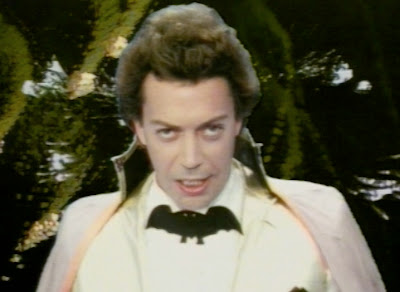 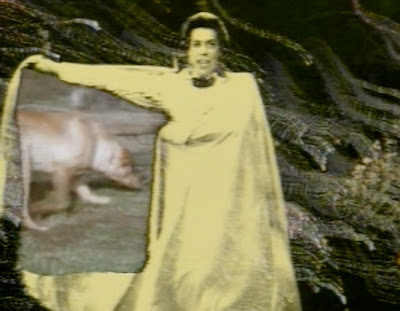 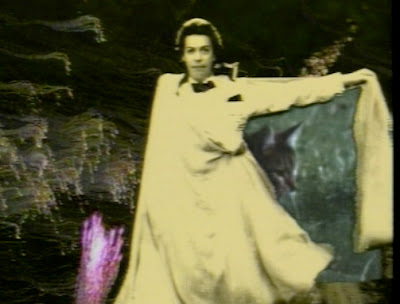 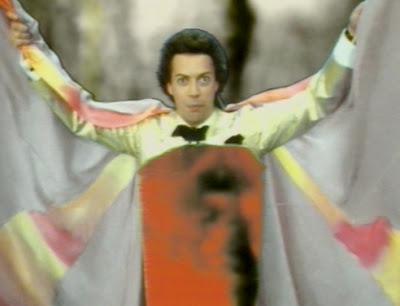 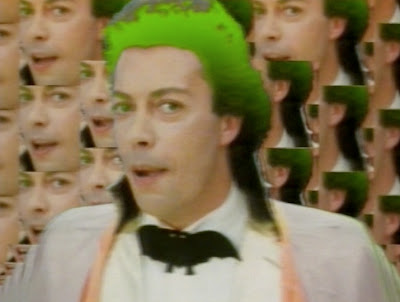 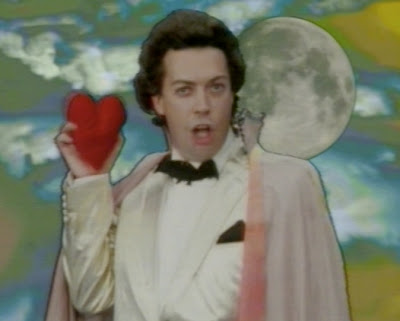 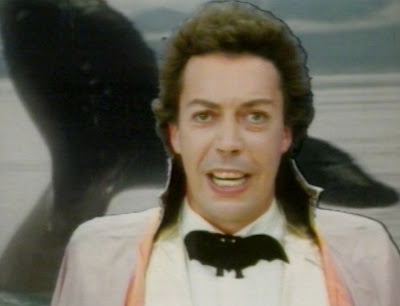 The best part about this one was that the line was, "Anything can happen on Halloween, your teacher could become a sardine"....Yeeeah...pretty sure that's a whale. 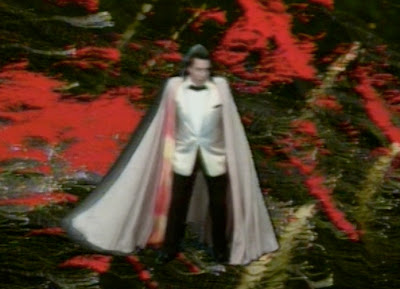 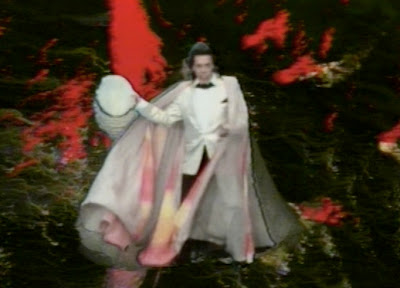 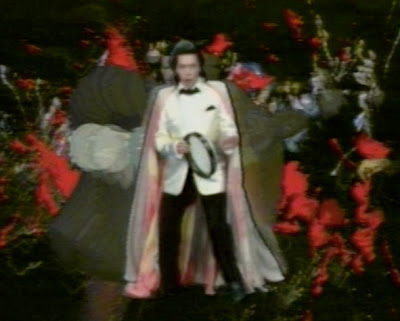 Now, watch the video and roll around in its majestic-ness!

Honestly, have you ever seen anything better? Probably not.

And to top it all off, as a reward for saving the school, Mildred gets to take a private flight with the Grand Wizard!!! 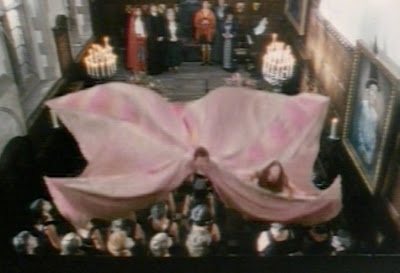 How will she ever contain herself? 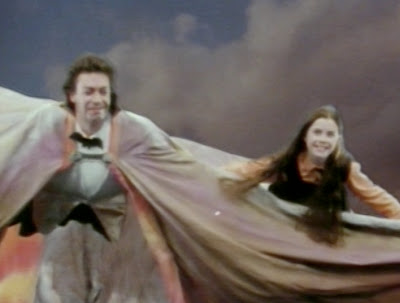 So as you can see, The Worst Witch is amazing in more than one way---mostly all having to do with Tim Curry, but that's alright. As long as I can watch that video at least twice a day, I'll be happy.

Fairuza Balk is so awesome. As a wee lad I had such a massive crush on her when I saw RETURN TO OZ. They shopwed it to us at school, if you can believe that.

And I still think THE CRAFT is incredibly under-rated.

I know I saw the video yesterday, but I will still fist-pumping when I read this right now.

Also, I'm rather shamed to admit that my first image of Tim Curry is not RHPS or It....I always first see him in Clue, which is among the greatest things ever.

Not as great as this video, but great nonetheless.

Hahah funnily enough The Mike, I thought about putting one from Clue too because I think I always think of that first too---BUT then I was thinking...well maybe I DID find him attractive in Clue and don't want to admit it? Ehh I don't know...he still creeps me out.

Clue rocks my face off!!! And i am proud to admit that i have always found Tim Curry attractive. It started w/ Clue and never stopped. He is a stud!!! Grrrowl!!!

Faruza Balk: there's a gal I haven't seen in ages. And I'm with CashBailey in that The Craft is very under-rated.

And Tim Curry should be nominated for knighthood.

This is the greatest thing ever. God bless you Ms. Dumas!