I Read a Book! 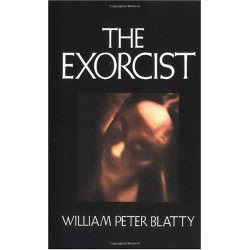 Just kidding I read lots of books. My excitement however runs deep as I admit I have been in a bit of a slump as far as books are concerned. My problem is that I've been turned into one of those people with a TV for a head. 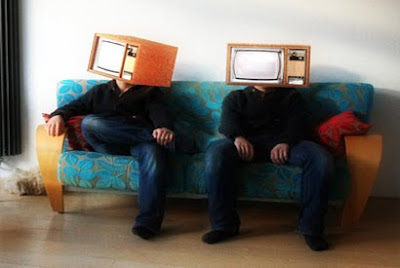 All I do is watch movies so my brain is having a difficult time slowing down and focusing on all those little words...pooled together to form sentences and then entire thoughts, themes and you know--a story. I returned to the same page over and over again in the hopes that I might retain something of importance but it never seemed to work. That's why after picking up The Exorcist and finishing it, I was so relieved.

Not that it's an entirely tough task, as the Exorcist is one of the best examples of a page turner that isn't a romance novel or something by Dan Brown--and it's actually a decent book. I've been slowly working on a blog post in my head about the occurrence where the movie is better than the book. After finishing The Exorcist however, I was left with a giant dilemma. Was the movie really better? For the sake of my sanity I will have to call it a tie, with the upper hand slightly going to the movie. But that's only because it's a mere technicality. Obviously seeing a little girl, possessed, spouting off derogatory insults will be more meaningful and terrifying if you actually see it. The film of course does an amazing job of using the book to its advantage, sticking to the story while making the appropriate edits. But the stuff that is not in the movie is what I found to be the most chilling aspect of the book. So what do I do?!

Here is my beef with people that judge a movie against the book it is based on. It's not a reasonable argument. Taking a book and fitting it into a movie is not as easy as it may seem. Books allow for so many liberties that you barely even notice. They have a freedom that does not exist in film. Things need to be changed when adapting a book otherwise the movie would not work. It's funny that we all have beef with Stephen King books being turned into movies and not staying true to the novel but when you think about it, practically every single movie that you watch is adapted from SOMETHING. Short story, novel whatever--stories, and books are always used as skeletons or foundations, jumping off points for the filmmakers to tell a story not confined to pages. We don't have a problem with this, because most of the time we are not familiar with the story.

So anyways back to The Exorcist, I will preface this by saying that The Exorcist, both the film and movie version are perhaps one of the best pairings around. I can't make a decision on which is better because they are perfect compliments to each other. The book allows for such immense characterization that we miss in the film. Rightfully so--we cannot focus on the immediate horror at hand with Regan if we are constantly put into the mindset of Father Dyer or Kinderman. Heck, we don't even care about the characterization of Chris MacNeil because all we are focused on is the problem with Regan.

The book also does something entirely thought provoking and incredibly startling---it characterizes the demon. I was so thrilled to get somewhat inside of that monster's head, as creepy as that sounds-- but I did. What's more, the demon has this completely twisted side of him that is not represented in the film. It doesn't have to be of course as it would just create confusion but reading about it was one of the best experiences I've had.

The demon is capable of embodying dead people's persona's! I love that. Granted we get this a little bit when the demon speaks in Damien's mother's voice, but the book speaks about the personalities in much more detail. There's this whole concept of Regan's body being a vessel for all these lots souls to stay confined in. So when the demon says very matter of factly, "Incidentially, your mother is inside here with us Karras" (I made that quote up from my head I'm too lazy to find the actual one) the idea and the weight of that statement is that much heavier. Even more spine tingling is when Father Merrin comes and makes a point to tell Damien that there is only one persona inside of Regan--the demon. It's a moment that makes you take a step back and oddly admire the vast amount of power the demon has. I'm not turning into a satanist or anything, I just find the demon to be one of the most interesting characters I've ever read. THAT is neat. The demon also can do some crazy, crazy things with language and speaking backwards. He's a demon of all trades basically.

In short, The Exorcist is a fantastic piece of literature. Perhaps most surprising however is that the exorcism is confined to what feels like just a few pages. There's also a whole other plot point about figuring out whether or not Regan really is possessed or if she just has some serious psychological issues. The evidence is presented to us in such a way that even we begin to question her validity. Yes, The Exorcist is surely worth reading and it goes by quick. Give it a look see, especially if you love the Exorcist and want to get deeper inside that terribly horrifying world.

I shamefully have not yet read the novel. And I plead guilty to doing the ol' "Book Vs. Movie" schtick on my blog, though I fully recognize the differences between what it takes to tell a story in both mediums.

Same thing happened to me with Silence of the Lambs, I didnt know which was better, the movie or the book. They were both equally excellent!

I have this book sitting in my shelf, I think I will be reading it next! Currently reading Goeth's FAUST.

I just read this book too and thought it was pretty good. So much of the scares in the movie rely on visuals and audio and I thought that meant the book wouldn't work as well, but the funny thing is, I ended up thinking the book was scarier, but for the first half, BEFORE Regan gets possessed. All that stuff with the noises and furniture being moved around or that part where Regan said Captain Howdy was chasing her...that was some seriously creepy stuff. And it didn't help that I kept hearing loud noises directly above my bed that kept getting dismissed as squirrels in the attic, just like in the book :(

Do you plan on reading Legion next? I'm a little worried cause I know Kinderman is the main character and he's pretty annoying, haha.

Crikey, I forgot to mention that I read Legion before reading the Exorcist.

Haha if you find Kinderman annoying just wait! Actually to be honest he was much more annoying in The Exorcist. He seems to have toned down his interrogation methods a bit and his tricky ways are much trickier and neat. You come away genuinely liking him. I loved Legion. It has a wonderful detective story thing about it and some of the murders are much, much cooler than depicted in the film.

Thanks for the review! I've been going back and forth on whether or not I should read The Exorcist. Now that I know there's definitely something in there I would enjoy reading about (different or not from the movie), I think I may purchase this soon!

I read it a few months ago and have had half a post written since then. I is a slacker.

But overall, I pretty much agree with you. It's much more heady than the movie, giving even more time to Karras' doubts. It works well on the page and yet I do think the film did a near-perfect job of translating it to screen.

Speaking of, I did the dumb thing of watching the movie two days after I finished the book. Why do I always do that to myself? It naturally detracts a little, since you're still so close to the material that nothing is too surprising. Ah well.

But amen/high five sistah on ending the 'book is better than the movie' argument. Can't stand it. Let them stand alone.

It's always interesting to read a book and compare it to the movie. Sometimes it's better, sometimes it's not. And, vice versa. I think Stephen King's books are really good. Though, I think the majority of his movies are pretty questionable (and so long too!). Nice commentary, thanks for sharing! :)