From The Digest Planning Board: Posts I Could Have Fooled You With 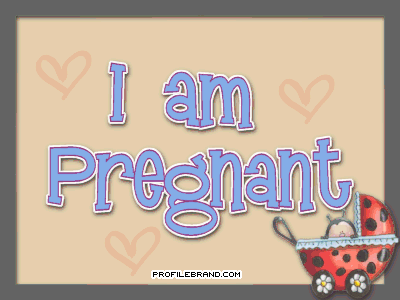 I've never been a huge fan of April Fools Day. Actually I hate it. I was always so concerned with remembering to say "Rabbit Rabbit" (as I am on every first day of the month) that I never remembered the evilness and vile cruelty that is April Fools Day. Oh plastic wrap on the toilet is sooo funny. Especially when you get pee all over yourself. The furthest I ever went on a prank was sandwiching two Oreos between some Colgate Fresh Burst toothpaste. As it turns out Oreos with a sparkly blue filling look extremely suspicious. Who knew? Sooo right, as much as I want to throw some big "hahah fooled you" prank your way on my least favorite holiday, I just didn't have it in me. Here are some ideas that I did have though.
Why Saw is the Best Franchise in History. 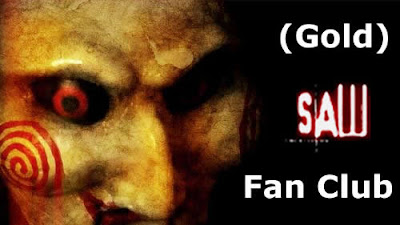 I thought about it. I really did. And it would have worked too because unless you've been reading my blog since the very beginning- or unless you went back and read every single post I ever wrote (which if I may brag a few people HAVE done that and emailed me to tell me about it and I got all bashful and stuff... umm what? oh yeah..--) then you would have missed this little post I wrote about one of my least favorite series. It's crap. I'm sorry and although I did think about doing this post I also didn't have the heart to gush about Saw and pretend to believe it for a full day. And also I would feel bad because I know a lot of you do enjoy Saw, and I can only imagine the staggering amounts of "yay I luv Saw" comments that I would get. So in conclusion if you like Saw that's cool with me. But to be on the safe side, I wouldn't bring it up in front of me. I still like you though.
Well I'm Off to the Team Jacob Convention...See Ya Never! 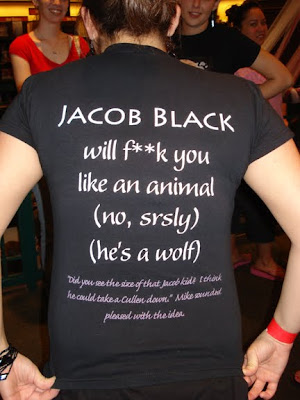 Every time I see the Horrorblips radar flooded with Twilight stories and posts about who the next director of whatever the next god awful movie is called, I die a little inside. To be honest, doing this post for April Fools Day would have been a lot of fun. I could have photo shopped all these pics of me in Jacob t-shirt's and with all these kooky teenage girls screaming and crying. But the problem is, that's a little obvious for an April Fools Gag. I mean who's kidding who here- we all know that we all hate Twilight. And if by some mistake you got through the Twilight lover detector--I'm just going to have to ask you to leave. Saw fans I can tolerate, but Twilight? Ha. I don't think so.
In Defense of Kate Gosselin 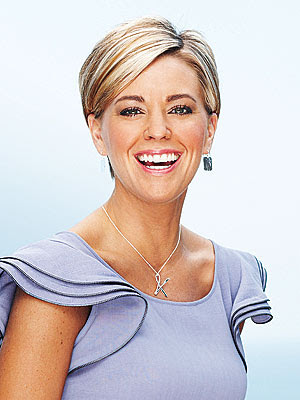 Well this post just wouldn't work because....well....because it's not a joke! If I could do an in defense of Kate post without getting shot- I'd do it. Look, I can't help it if the only joys in life I have left are to eat a delicious sandwich and watch Jon and Kate Plus 8. And before you ask-- yes, I used all of my 10 votes on Dancing with the Stars last night on Kate and one on Niecy Nash. Just because Kate's a bad dancer doesn't mean she can't get support. SHE NEEDS IT PEOPLE. Team Kate! WOOOO!
**Note this post was half kidding/ half serious. Mostly serious.
I'm Giving Up Chips 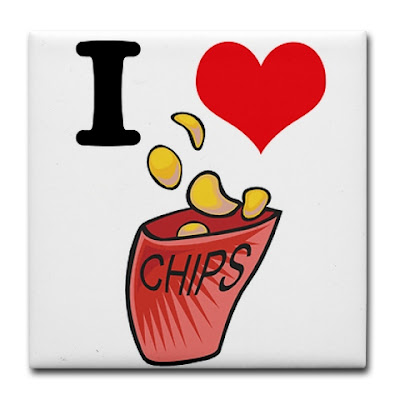 Haha....right. Like that would ever happen.
Due to an Influx of Drama, I'm Shutting Down the Blog
This joke post would just be cruel because there is so much drama happening out there, that people might believe it. But fear not, even though I barely have any time--the Horror Digest is going nowhere. Camp Nowhere! 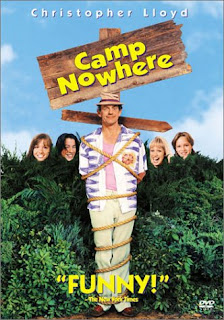 Just kidding. But yeah I'm here to stay and to deliver the goods. Just like the milkman. 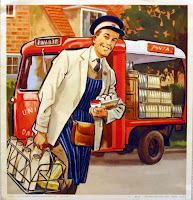 Well I'm out of ideas.
In other news- due to my new found appreciation for Brittany Murphy I suddenly remembered a not so talked about appearance that I used to friggen LOVE. That's right, I am speaking of her 20 second singing cameo in the opening for the 2002 MTV Movie Awards hosted by Jack Black and Sarah Michell Gellar. Oddly enough, I really dug this awards show. The Lord of the Rings spoof is classic. And B. Murphy's singing voice is chill inducing. Almost as chill inducing as her "Rollin' with the homies" riff from Clueless. Almost.
Posted by Andre Dumas at 5:40 PM

Camp Nowhere is so fucking good!!

I hear ya, sister, I hate April Fools Day. But I have to side with Matt, Camp Nowhere was a work of genius! ;)

Whoa, Andy Garcia. Where the hell is HE?

PS: I am just saying.

Haha, I also hate April Fool's day, although I absolutely love the movie- the 80's one with Biff of course, not the two crappy '00s movies!!

I think my hatred of the holiday stems from a very trauma-inducing incident in my childhood where my dad thought it would be funny to tell me that we had a snow day on April 1st, and I was fooled!!! It was sooooo cruel!!!

The probably with April Fools Day is that you always have to come up with a prank that will top the previous. Like one year, a friend of mine and I came up with a 3 part prank... one part his, one part mine and the third was a combined effort... anyway, my friend put Habenero Hot Sauce on a kid's burger, Viagra in his soda (the combined effort) and I put Ex-lax in brownies I brought it... the outcome was something so amazing, I dare not try and top it.

yeah, that "probably" should be problem... sorry, I rarely proof read.

Hmmm you know what? I don't think I've even seen Camp Nowhere! I'll work on that.

Stacie, You have a huge Brittany Murphy poster on your ceiling, don't you? Well if you do that's okay, man, is she a saucy minx or what?

Emily- April Fools Day with Biff is the best...but I'm almost positive it's only because of Biff.

Bobby that is the most intense joke/prank I've ever heard of. Is that person still your friend? But seriously that is some messed up shiiit!

I do not have a Brittany Murphy poster on my ceiling!

I have a Brittany Murphy body pillow, thank you very much.

Wait, pretend you didn't read that.

You say Rabbit Rabbit too!?!

the pregnant thing would of been hilarious.

haha... the kid wasn't our friend... the funny thing is that my friend and I weren't friends until that kid came along. Our hatred for the douche started the friendship... you know, it was like that saying, "the enemy of my enemy is my friend" type thing.